The Pine Bluff Commercial reported extensively this morning on a legislative audit that turned up more than $200,000 in unauthorized payments to employees by County Clerk Patricia Royal Johnson and Sheriff Gerald Robinson. Employees were given “bonuses” without Quorum Court approval and paid for unused holiday, sick leave and comp time, contrary to policy.

A request for a special prosecutor to review the clerk’s office had been reported earlier. Jack McQuary was appointed to handle the case. As yet, no announcements have been made on whether any charges will result.

The audit is available on the state website. Here’s the meat of the finding:

• County Clerk Patricia Johnson paid bonuses to her employees totaling $22,101 for the year ended December 31, 2013, which were not approved by the Quorum Court. To justify these payments, Johnson prepared payroll documents which indicated the employees were being compensated for overtime worked. The number of overtime hours reflected on this document (970) far exceeded the number of overtime hours actually worked (55) according to time clock reports. In addition, the County’s personnel policy requires that salaried employees receive compensatory time rather than payment for overtime worked.

• Johnson paid bonuses to her employees totaling $11,290, $14,220, and $6,443 for the years ended December 31, 2012, 2011, and 2010, respectively. These bonuses were not approved by the Quorum Court. Payroll documents indicate the employees were being compensated for overtime worked. However, the County’s personnel policy requires that salaried employees receive compensatory time rather than payment for overtime worked.

• Johnson paid bonuses to her employees totaling $6,650 for the year ended December 31, 2009 which were not approved by the Quorum Court.

• Sheriff Gerald Robinson authorized payment of bonuses to some Jail/Sheriff employees totaling $10,000 for the year ended December 31, 2013. These bonuses were not approved by the Quorum Court.

• Several former Jail/Sheriff employees received overpayments totaling $5,141. Most of these overpayments appeared to be the result of clerical errors made by the County Clerk’s office. 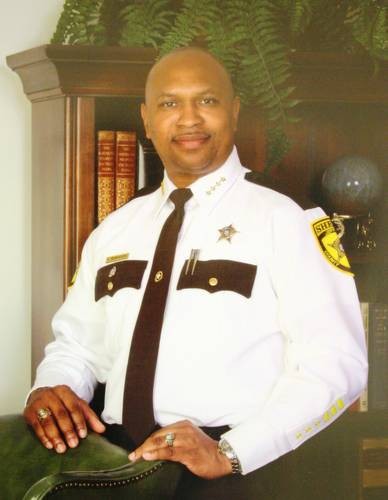 The Commercial reported that it sought a comment from Johnson.


Johnson was contacted Wednesday afternoon at the Commercial as she was paying a bill and asked to comment about the report, and she declined comment, saying her “husband just passed.”

The sheriff had more to say.

“One auditor we asked said we could do it, but the Division of Legislative Audit said we couldn’t,” Robinson said when asked for a response Wednesday.

“They said we had to go through the quorum court. ”Robinson said the bonuses were paid from money left over in the 2013 salary budget and were his way of showing some employees who had worked especially hard his appreciation for their dedication to duty. “We’ve acknowledged that we were wrong, and we know that we have to go to the quorum court if we want to do it again,” Robinson said.