After a House committee advanced an amended version of a so-called “religious freedom” bill, protesters gathered in the halls of the state Capitol chanted, “Shame on you!” to passing legislators.

The House Judiciary Committee concurred with Senate amendments to HB 1228 by a vote of 11 to four, with four committee members not voting. Only Democrats opposed advancing the bill. Rep. Matthew Shepherd (R-El Dorado), chair of the committee, said there was no time for public comment.

Ballinger said it wouldn’t. The crowd in the meeting room booed.

Ballinger said the bill would make Arkansas consistent with 31 other states and the federal government that use the same standard outlined in HB 1228 for protecting religious beliefs.

But he acknowledged the protest of the bill.

“Individuals have used this as kind of a symbol of something they want to attack. I understand that. A lot of people are hurting. A lot of people are frustrated. … The reality is that we’re concurring some Senate amendments. From my standpoint, we’ve had the opportunity to make whatever changes need to be made and they were made.” 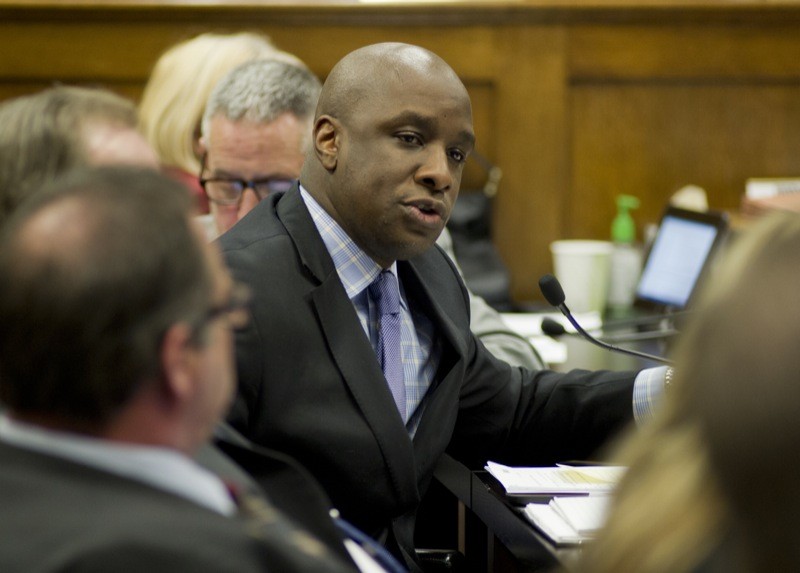 “You’ve stated on prior occasions and reasserted today that there is no discriminatory intent in this law. … Would you have an objection to a non-discrimination disclaimer in your bill?”

Ballinger said it depended on how discrimination was defined.

“I think you’re hinting on something that needs to be a balance. If someone wants to protect another class of people then bring the bill and let’s debate it.”

Ballinger said his motivation for introducing the bill was the story of a terminally ill Jehovah’s Witness in Kansas, who asked the Kansas Medicaid program to pay for an out-of-state liver transplant. She said her religion prevented her from accepting a blood transfusion and asked for the state to pay for a bloodless transplant at a Nebraska hospital. The woman successfully battled the state in court, but not in time for the transplant, Ballinger said.

Rep. Camille Bennett (D-Lonoke) wondered if any sincerely held religious belief would apply to Tony Alamo, the jailed Arkansas cult leader who was convicted for taking underage girls across state lines for sex, or other oddball religions.

Ballinger said Alamo would not win in court because the state has a compelling interest in protecting children. But generally, he said he wanted to protect people with diverse beliefs.

“I actually want to protect people with odd beliefs if the have sincerely held positions. I want to protect Jehovah’s Witnesses, even if I don’t agree with them. … I think that’s part of what our founders intended when they did this.” 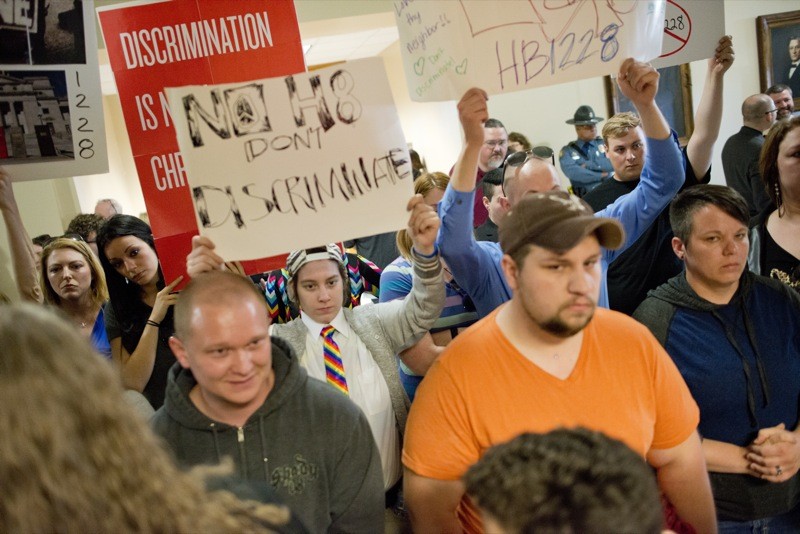