Neo-Confederates in Arkansas are busy doing a public service — mounting public displays of Confederate flag-waving so as to readily identify extremists among us.

The League of the South, a neo-Confederate group that supports secession,  mustered a handful of flag wavers in Harrison last weekend and plan continuing displays in the former Sundown Town.

Similar exhibitions are set Sunday at the Dardanelle Lock and Dam in Russellville at 3 p.m. Sunday at the Highway 286 overpass in Conway. Participants are warned:

Bring your Arkansas and Confederate flags, but let’s restrict this to original designs (no Hank Jr. flags, etc)

Also at 11 a.m. Saturday in Memphis at — where else — Nathan Bedford Forrest Park. Forrest was a Confederate general, KKK founder and accused of war crimes, including massacre of black and white unionists. He’s the namesake of Forrest City.

As yet, no clashes in Arkansas over flag displays as in South Carolina.

More here from the Southern Poverty Law Center on the League of the South. 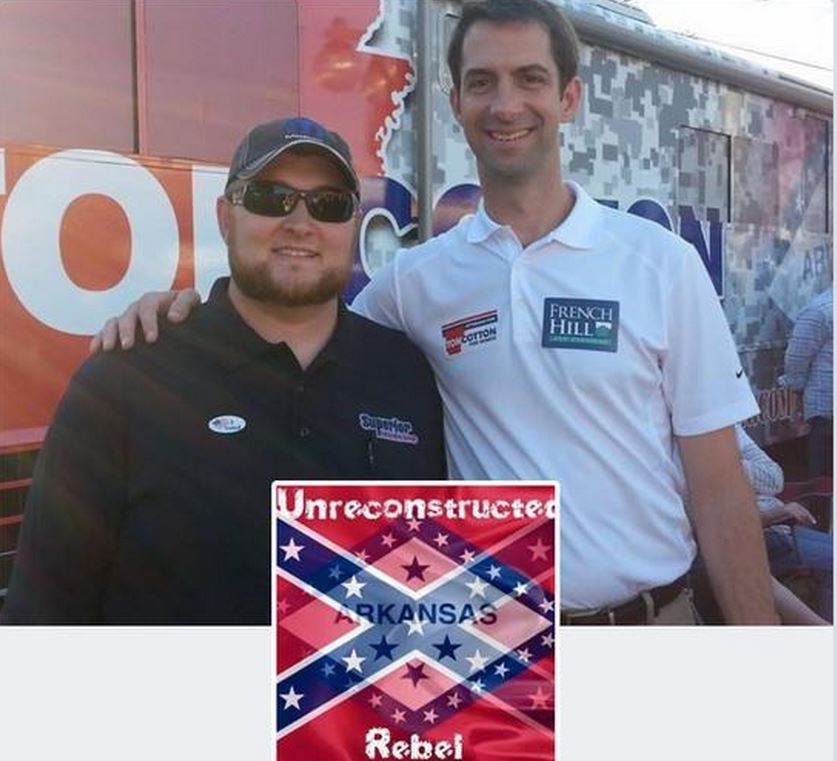 UPDATE FROM BENJI: Here’s a video from a Facebook user — who is African American — that was posted on Monday. It shows a long line of cars and trucks in Fort Smith (I believe on Zero St) sporting the Confederate flag, presumably in a show of defiance against the Fort Smith School Board’s decision to abandon Southside High’s “Rebel” mascot and related Confederate imagery: