Here’s the open line, plus our daily video roundup of news and comment.

* THINGS GO BETTER WITH CLINTON: The art and history of the Coca-Cola bottle is the next exhibit at the Clinton Presidential Center, opening Saturday. The former president will be in town Friday night for a private pre-opening reception also to be attended by Muhtar Kent, CEO of Coca-Cola. Exhibits are installed on the first and third floors and include, along with lots of advertising images, a 1949 Coke delivery truck. 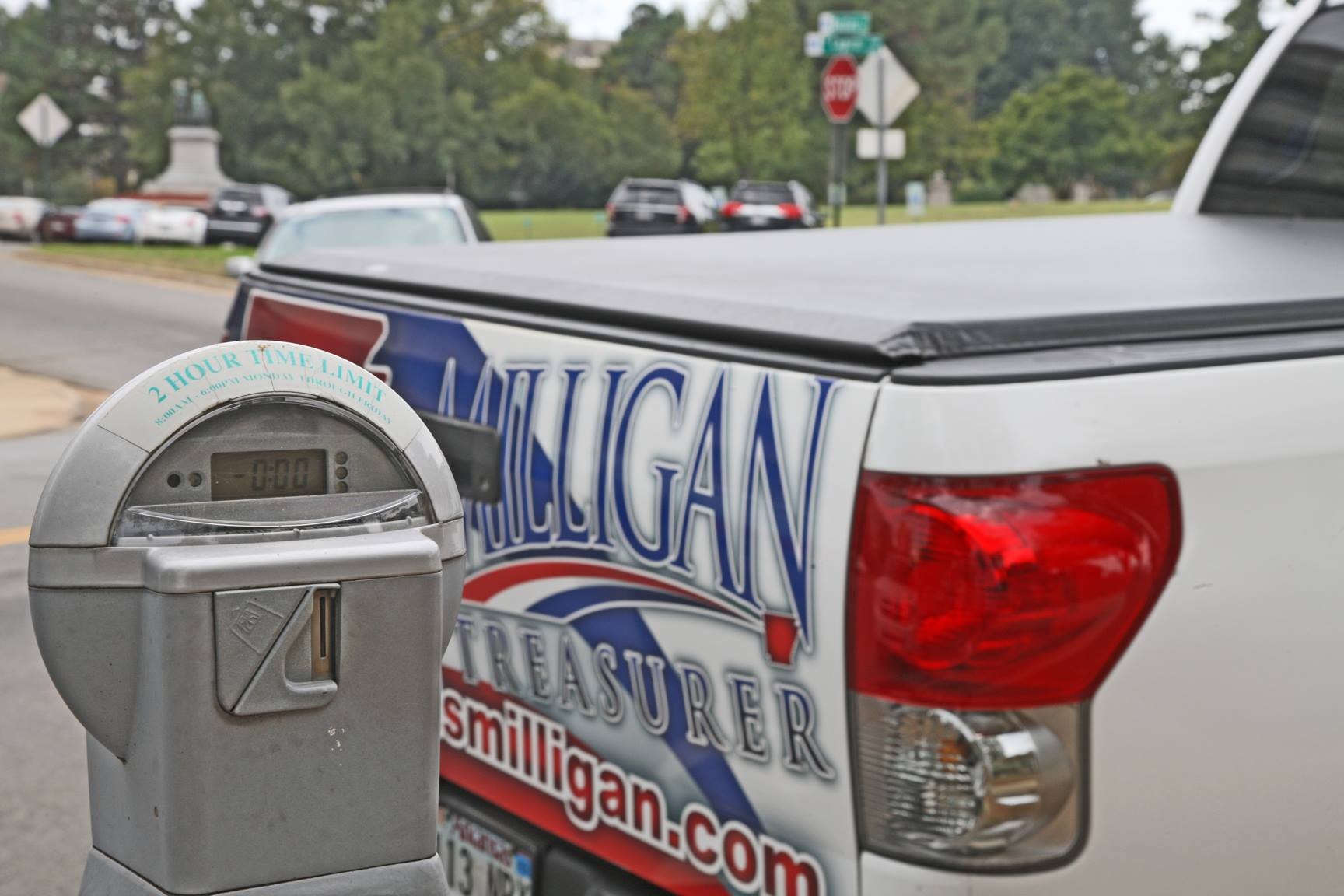 * DENNIS MILLIGAN WATCH: I get photos from time to time like these today. When you drive an extended truck with your name painted all over it, people take notice, particularly when the time on the parking meter has expired. As it does. Today was yet another in a series I’ve received, this time enhanced by a parking job that blocks the handicapped access part of the sidewalk.

In state Treasurer Dennis Milligan’s defense, a little ol’ ethics fine-tuning legislation by Sen. Jon Woods in 2015 did more than build in a bunch of hidey holes for unethical legislators. It took a personal slap at Milligan, who’d defeated his pal Duncan Baird in the race for treasurer. This is what it said:

25 7-1-114. Display of campaign literature on vehicle of candidate or public official while on State Capitol grounds.

(b) The Arkansas Ethics Commission shall promulgate rules concerning the enforcement of this section, including without limitation providing for the imposition of a fine for violations of this section that shall not exceed
35 one hundred fifty dollars ($150).

This is the Milligan Truck Amendment. So we get him on the meter. Blue Hog has been on him about this before.