Read this month's issue
Browse the issue archives
Advertisement
Home Arkansas Blog Campaigning on Capitol grounds. Isn’t there a law about that?

When Sen. Jon Woods “perfected” the state ethics law with a number of amendments aimed at carving more loopholes into the brand-new “ethics” amendment, he included a little dig at Republican State Treasurer Dennis Milligan, who’d defeated Woods’ favored candidate Duncan Baird (and a better candidate he was, it should be noted.) He inserted a little addition, seen in full below, aimed at Milligan’s gaudily painted truck, which is a rolling political advertisement for Milligan. Milligan has been parking across the street. But apparently not state Sen. Eddie Joe Williams, whose SUV was spotted at a Capitol parking space by one of our many roving observers. Photo quality could be better, but if you can’t blow it up, a plug for Williams fills the back window of an SUV with a Senate license plate. The decal is a good bit bigger than a bumper sticker.

I happen to think the prohibition was silly and  an affront to the 1st Amendment. Nonetheless ……. 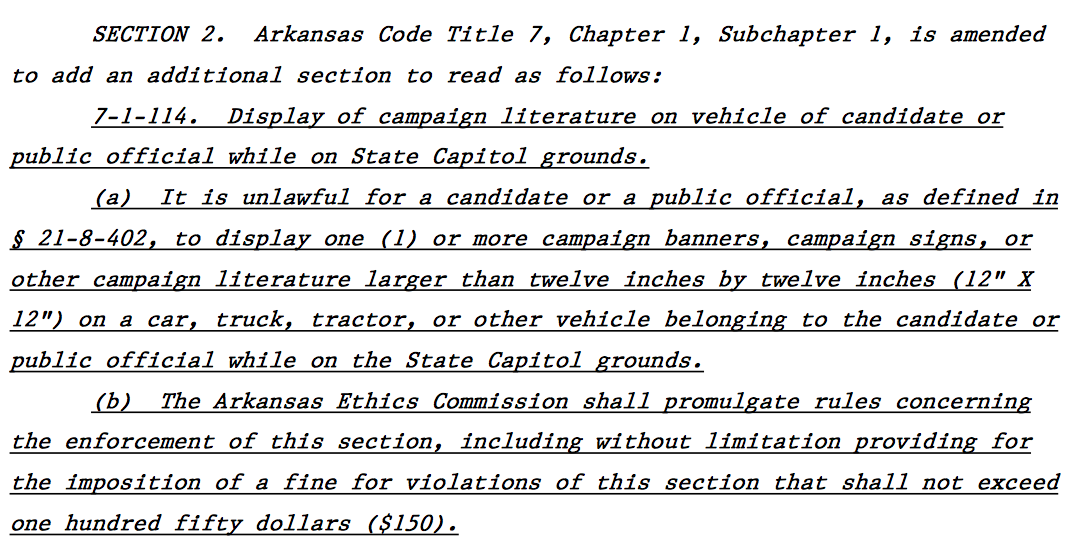