We’ve noted that the conservative advocacy group Americans for Prosperity is launching attacks in Republican primaries against incumbent  legislators who backed Gov. Asa Hutchinson‘s 2015 plan to keep the private option for two years and establish a task force to figure out what to do next. Hutchinson and the task force are now pushing a plan to continue the private option but add some GOP-friendly tweaks and give it a new name.

AFP, which has been relatively quiet in recent battles over the PO, is now coming out with their guns blazing, but only in a couple of GOP primaries. As far as I know, they are only targeting two Republican incumbents: Rep. Jana Della Rosa and Rep. Sue Scott. The group hasn’t launched attacks against any of the other Republican lawmakers — around 60 altogether— who backed the governor’s plan. (Conduit for Action, another outside group opposed to the private option funded by Fayetteville businessman Joe Maynard, has gone after Sen. Jane English.)

I’ve asked AFP whether they are sending out “educational materials” regarding anyone else — and if not, why they’re targeting these two in particular. Will update in the unlikely event that I get a response.

Here’s a new mailer hitting Della Rosa (Della Rosa has hammered back, with her own mailer featuring Hutchinson defending her; the mailer accuses AFP of being nefarious, out-of-state “puppet masters”).

AFP seems very invested in game-oriented themes on this issue (the last slate were “Wheel of Fortune” themed): 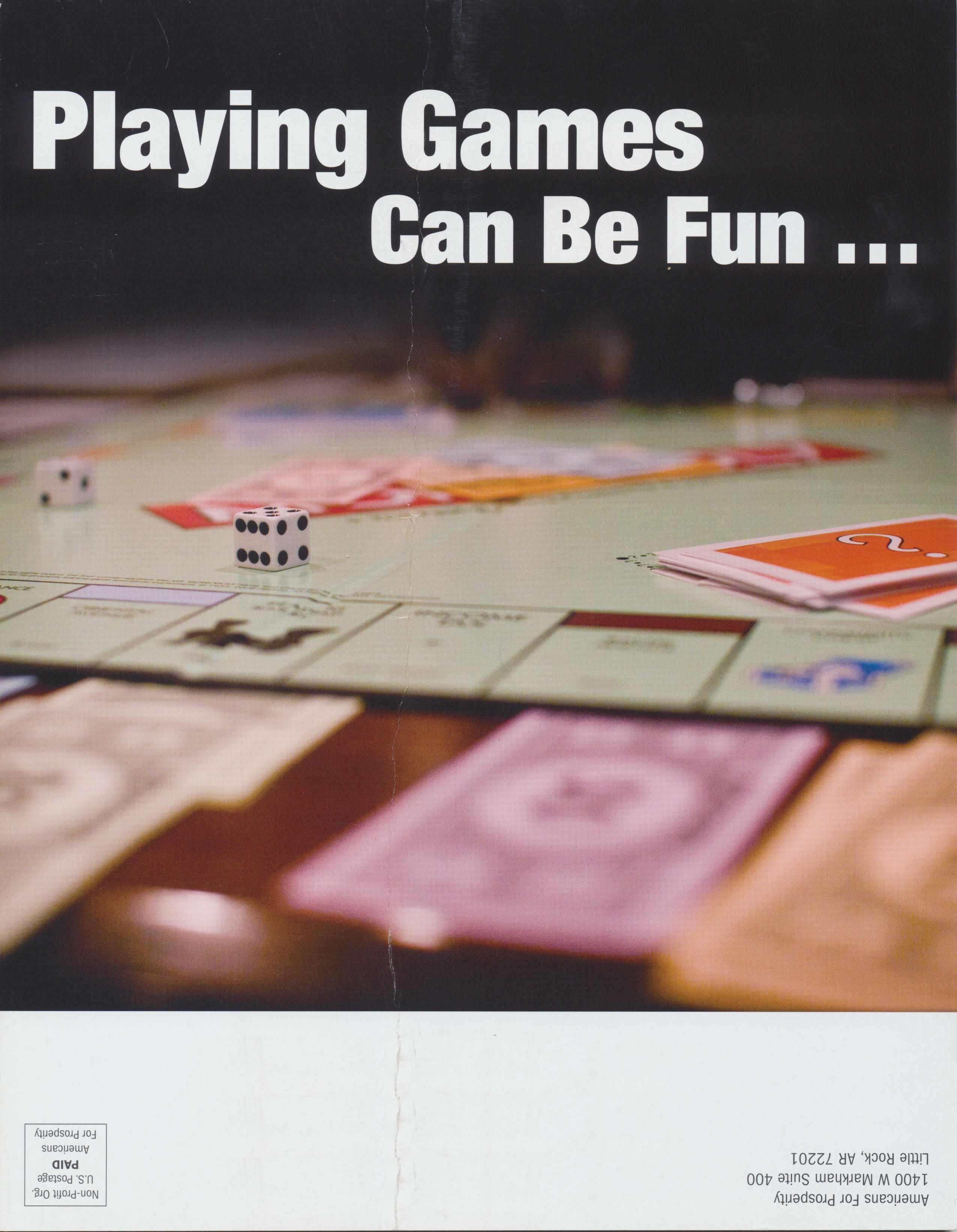 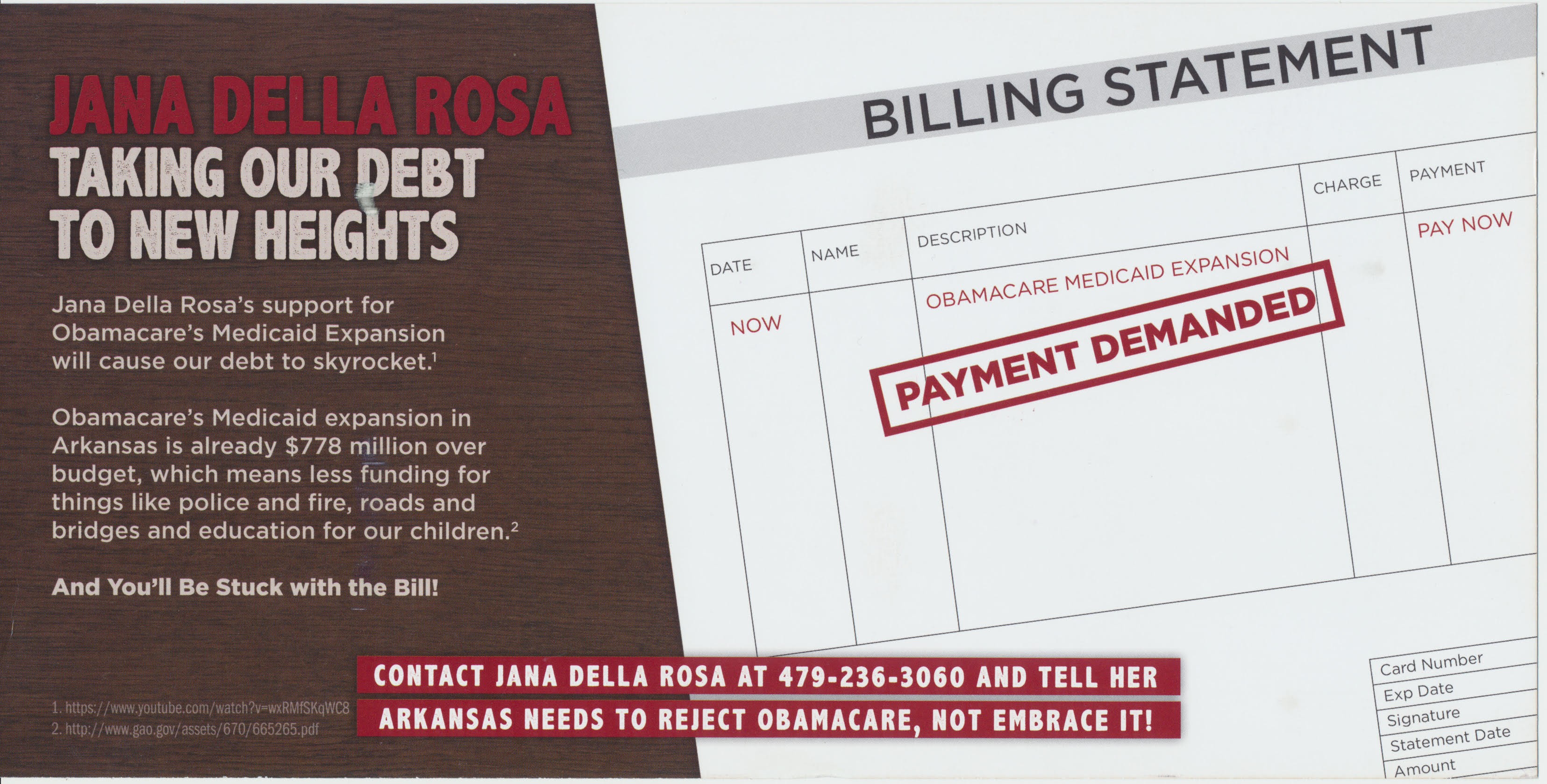 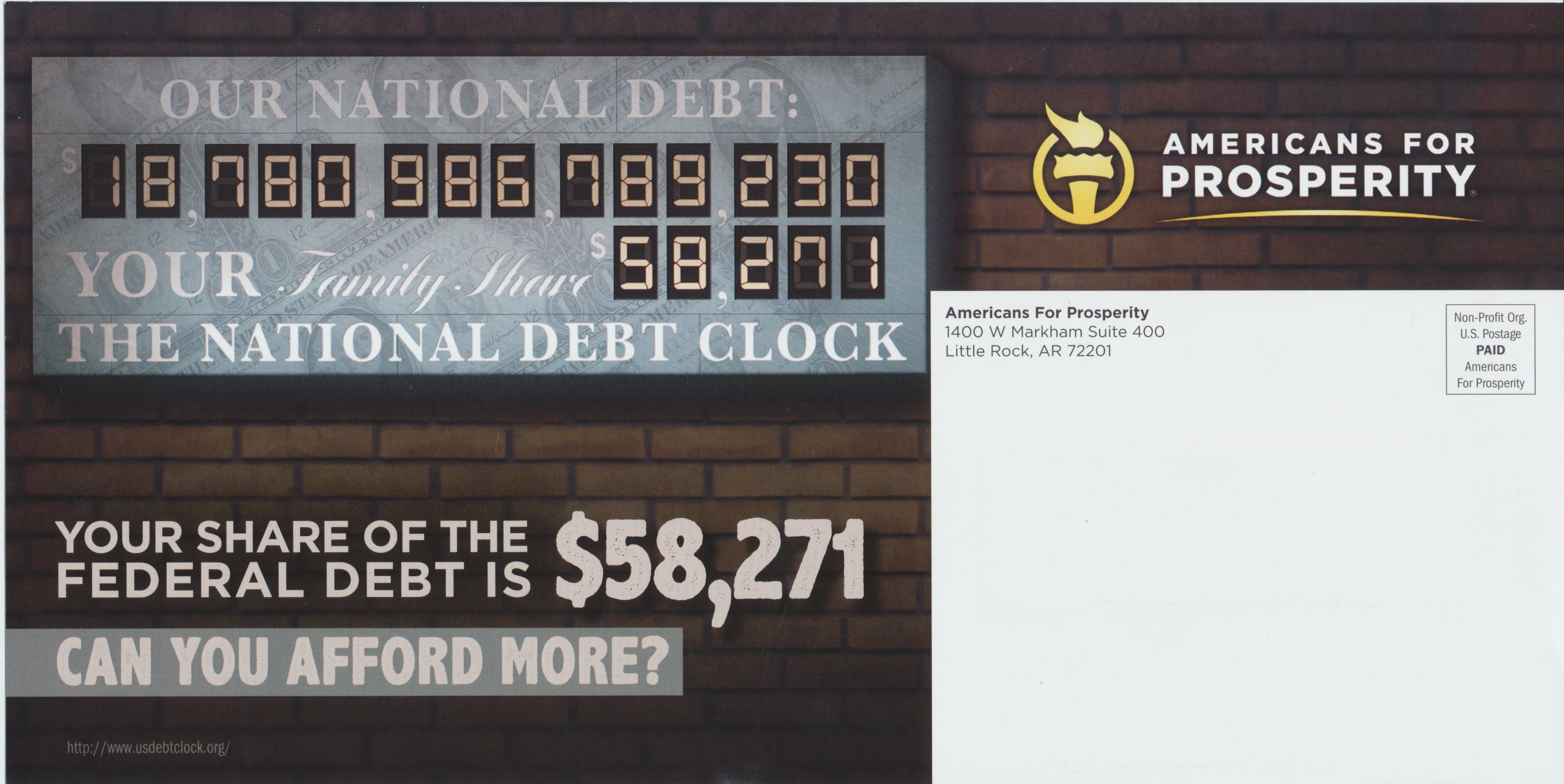