Trump wins in Arkansas. I’m logging off for a spell, take it away in comments.

Meanwhile, on the homefront, looks like Dan Kemp and Shawn Womack are running away with the Supreme Court races.

UPDATE: Ted Cruz and Hillary Clinton win Texas. Note that in a funny way, the Cruz win is good news for Trump. He wants to keep Cruz in the race in a divided field, and Trump will do well enough in Texas to get a large number of delegates even in defeat.

UPDATE: No surprise: Hillary Clinton wins Arkansas. Donald Trump has the lead in Arkansas (with Ted Cruz likely in second) but too close to call.

UPDATE: Clinton wins Tennessee, Alabama and American Samoa. Massachusetts is too close to call for the Democrats.

Arkansas results will start coming in soon. For local results, you can see the latest returns at the D-G’s website. KATV also has a livestream here … featuring Rex Nelson, Sarah Huckabee Sanders (!) and Dustin McDaniel.

Gov. Asa Hutchinson said that he will support the eventual Republican nominee, even if it’s Trump. The fact that his endorsement was ignored doesn’t bode well for his influence on downballot races impacting the private option. With Trump and Cruz dominating Rubio, does that mean the electorate will support the Tea Party challengers over Hutchinson-backed incumbents? We’ll see. 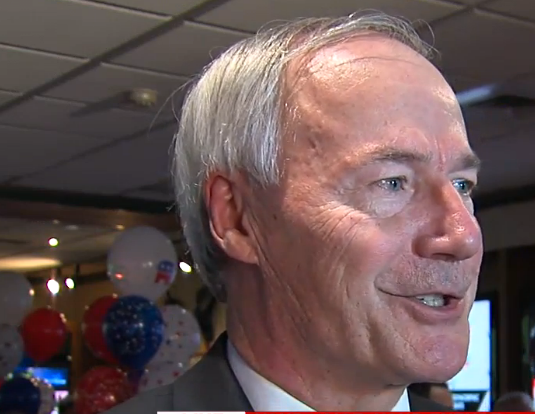 Ted Cruz is way back in third in Virginia. That’s more Rubio country, but that’s potentially bad news for his outlook across the South tonight.

It’s good news for Rubio, obviously, if he can finally win a state. The fact that he’s competitive in Virginia is already being over-hyped by his spinmeisters — Trump is still going to dominate in terms of votes, states won, and delegates tonight. But if he can pull out a win, it will give Rubio’s campaign a glimmer of hope.

Lots of outlets doing liveblogs, including fivethirtyeight, The Atlantic, and the New York Times.

Here is a video of how the Donald Trump campaign handles protesters at rallies, to ponder as the results come in:

An announcement before Trump's rally on how his supporters should deal with protestors. pic.twitter.com/WT4NqSbGI2 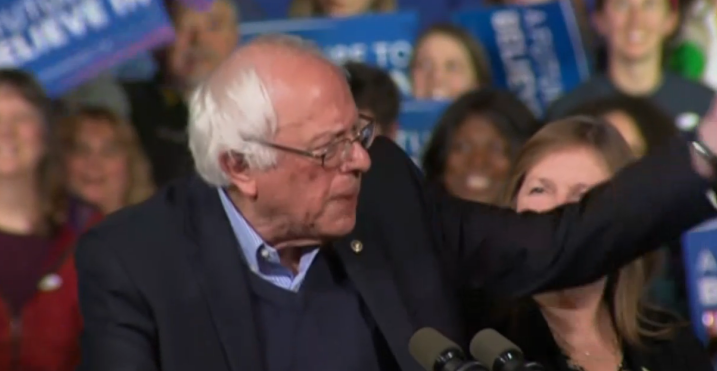