Read this month's issue
Browse the issue archives
Advertisement
Home Arkansas Blog Metroplan board OKs money for I-30, but not I-30 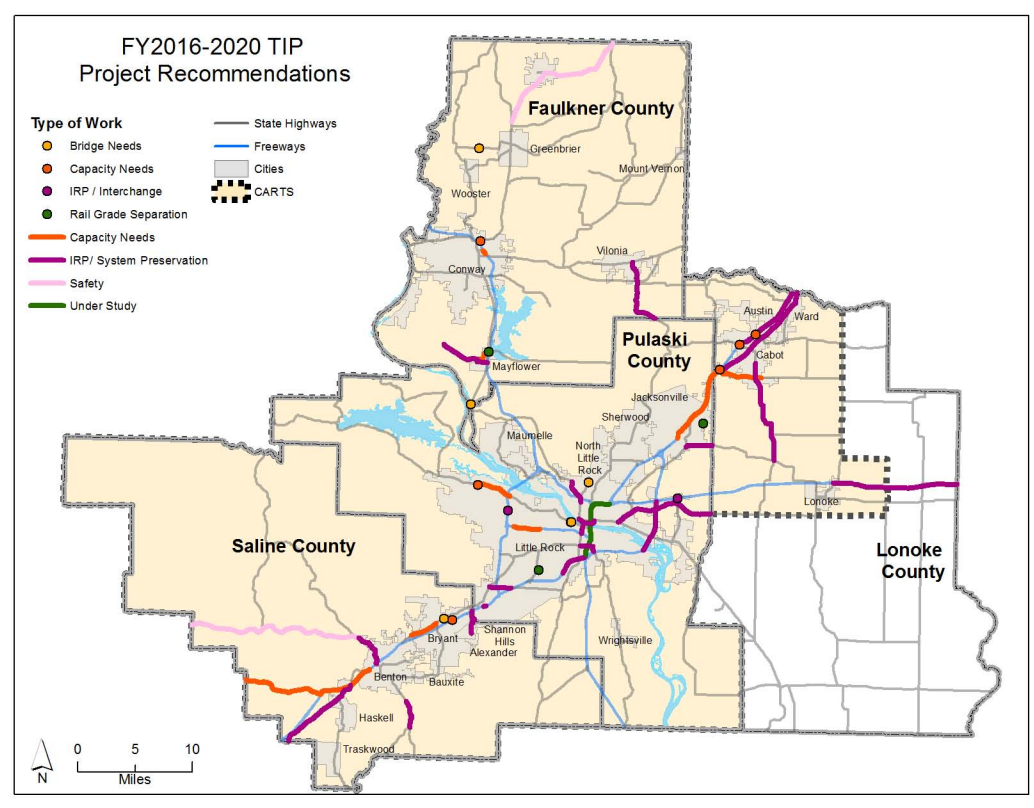 After hearing a presentation by the Little Rock Coalition of Neighborhoods saying that it should “be doubtful about the costs” of the $631.7 million 30 Crossing project, the Metroplan Board of Directors today approved an amendment to its 2016-2020 transportation improvement plan to include the Arkansas Highway and Transportation Department’s budget for widening I-30. The financial amendment also reflects an increase federal dollars allocated to Arkansas under the FAST (Fixing America’s Surface Transportation) Act.

Kathy Wells, who spoke for the coalition, said she was particularly concerned about the $100 million loan from contractors that is built into the budget. “This Rolls Royce of a proposal from the state,” she said, would require the board to “pay and pay and pay for years to come” because of impacts on the entire interstate system from the seven-mile 30 Crossing project.

The Metroplan board was not voting on approval of the project itself, which would require Metroplan to OK a separate amendment to lift the six-lane cap on Interstate 30. The AHTD has not yet requested that amendment.

The vote came after a recommendation by the Regional Planning Advisory Council in support of the amendment “with the clear understanding by the AHTD and the FHWA staff that 30 Crossing will come back before the MPO [Metropolitan Planning Organization] for approval.”

RPAC was warned by the AHTD that a decision not to amend the transportation plan would jeopardize all road construction projects in Pulaski County, estimated at 20 to 30 by Casey Covington of the Metroplan staff.

Little Rock Mayor Mark Stodola informed fellow board members of the Nelson\Nygaard consultants’ presentation to Little Rock directors on Monday that he said touched on four major issues: connectivity between east and west Little Rock that could be made worse by an interstate twice as wide as today’s; quality of life; the speed of traffic entering the city and the city’s participation in the design-build process that will occupy the next several years. (Nelson\Nygaard’s report assumed the approval of the collector/distributor plus through lane design of the AHTD.)

Conway Mayor Tab Townsell urged support for the financial constraints amendment, but added that the board should heed public comment that comes before it on the 30 Crossing project. “Please do your homework. There is not going to be consensus,” Townsell said, and members of the board will have to answer for their decision. “We are a representative board,” he  said.

The Nelson\Nygaard presentation will air today at 3 p.m. on public access channels 11 (Comcast) and 99 (U-Verse).