The Democrat-Gazette’s pre-election stories this morning included one on the Ward 4 Little Rock City Board race between Capi Peck, the owner of Trio’s, and real estate man Jeff Yates .

A good deal more is bubbling there that the pro forma D-G roundup would suggest. [And do stick around for a kicker at the end.] The article focused on public safety. It did mention Yates’ endorsement by the Fraternal Order of Police and that’s a tipoff to the underlying philosophical theme being pushed by Yates’ camp in this race. Peck’s support of progressive causes is no secret, nor does she shy away from it. City Director Lance Hines has been quoted as saying he’s working to help Yates because the City Board has enough liberals, referring mainly to City Director Kathy Webb. Imagine if Little Rock had TWO liberals on the 11-member city board!

The FOP is, of course, reliably conservative in its endorsements. I’m surprised the D-G talked of FOP and police issues without getting into the residency question and the lavish availability of take-home cars for the mostly white group of officers who take them away from Little Rock to live elsewhere because of crime and “the schools.” That’s a view Yates himself seems to hold of the city he lives in — too much crime and bad public schools.

Both candidates support public education. But there’s this: Capi Peck was front and center at public demonstrations of support for the Little Rock School District and return of local democratic control. Yates was an outspoken supporter of the state takeover and has no apologies for it still. 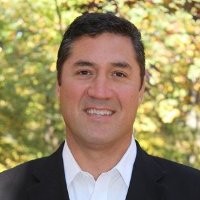 I was interested, too, when an Arkansas Blog reader reported a visit to his home by Yates in which he believed he heard from Yates opposition to the 30 Crossing plan to widen Interstate 30 through downtown to a vast concrete gulch. Actually, no. Yates is more nuanced on that issue, whatever appearance he might present to select members of the public he encounter. The statement he gave me:

Whatever the ultimate decision is on the I-30 Crossing it will have a lasting impact on the community and traffic in downtown Little Rock. I’m still in the process of studying this complex issue and reviewing the proposals put forth by various groups and individuals.

I’m a proud policy wonk and I always strive to know all that I can about any issue that will effect Little Rock. I want to personally meet with traffic engineers, community leaders and other stakeholders to learn the advantages and disadvantages of every proposal.

I do not take this decision lightly and believe it’s incumbent upon me to be fully informed on all proposals before making my final decision.

However, the width of the I-30 Crossing is only part of the conversation about Little Rock highways. Let’s broaden the focus beyond just those who frequent downtown and think about all of Little Rock.

Let’s broaden the conversation and talk about why so many people work in Little Rock, but prefer to live somewhere other than our great city. These are the many of the same people who use I-30 and have dramatically increased its traffic.

Let’s talk about making smart investments in public schools, public works, and how we reduce crime so people feel safe in their community.

We must work together to find solutions to the chronic police shortage in Little Rock and reconcile the perception among some that it is safer to reside in towns other than Little Rock.

If we can stem the tide of commuters and bring people back to living in Little Rock then we can see Little Rock’s sales tax base and property tax base grow naturally. A broader tax base means more revenue for public schools, for fixing potholes, for operating parks, for hiring police and all the things a city needs.

If we can stem the tide of commuters and bring people back to Little Rock then we can see existing home prices in Little Rock rise even as new homes of all prices are built.

I love Little Rock. It’s where my wife and I choose to live, work and our raise our daughter. I’m excited about the possibility of serving as City Director and working to improve this wonderful city.

Note that he essentially adopts the view that “the schools” have driven people out of Little Rock. Not me and many of my friends who sent children to public schools, by the way.

I also put the 30 Crossing question to Peck, who said she was on the run and could come up with something more coherent with more time, but this seemed a responsive answer:

I believe that the most important issues surrounding the controversy of the 30 Crossing project are quality of life, safety and economic development.

Regardless of what we end up with, we definitely need to replace the bridge and the first exit on Cantrell for safety reasons. The current plan does appear to be safer than the original plan, and it is generally more acceptable, but I have concerns about the impact on downtown neighborhoods. I think there is potential for a significant amount of green space with the current proposal which is good, but who will pay for that? I am definitely not convinced that we need to add those lanes.

I wish that it would be required reading for city officials to study the dozens and dozens of posts and articles on the Improve 30 Crossing Facebook page. Can we not learn from the mistakes and victories of other cities? The examples, research and data are voluminous.
I am extremely disappointed that the Metroplan Advisory Committee’s recommendation was ignored. I am opposed to the waiver and supported the Keep the Cap movement.

So much of what citizens and businesses of Little Rock have done to invest in and revitalize areas such as Hanger Hill/ East Village, SOMA, Central High District, etc. is threatened by the 30 Crossing project. I believe this project has tremendous quality of life issues at stake. I think it undermines the progress we have made in these formerly distressed neighborhoods.

The 30 Crossing decision is HUGE! It will affect generations to come. I think this really is a crossroads for Little Rock and will ultimately position us as either a great small southern city with exciting opportunities for future development.

KICKER: Within recent days, Peck tells me, a young man said to be with Americans for Prosperity, the Koch-backed political organization, went down to the Little Rock Convention and Visitors Bureau for records of business done by the agency with Peck’s restaurant. Peck has no problem with that. It’s a  public record. She’s served 10 years on the Little Rock Advertising and Promotion Commission, the board that oversees the bureau. The records, said Peck, showed she’d done $7,000 worth of business with the bureau over the years.  Not much, but it’s probably enough to provide material for an attack mailer from AFP against Peck, who, by the way, has shipped about $1 million in hamburger tax revenue to the bureau in her years in business.

But never mind that particular issue. What’s important is evidence that the Koch organization has enough time and money to go after a city board candidate. The Koch organization helped the Republican takeover of the state Senate and its Facebook page is currently full of attacks on Democratic candidates facing Republicans who received contributions from the Koch PAC. It played in county government to discourage regulation of the Lake Maumelle watershed. It apparently fears a progressive voice on the Little Rock City Board. With their money they can do just about anything.

The Kochs’ appearance in this race , if it develops, would be significant, not to mention scary. It would certainly be a litmus test for the race. Should they actually emerge as an opponent of the developer’s friend, Jeff Yates, I’ll reconsider. But I doubt I’ll face that decision.