Read this month's issue
Browse the issue archives
Advertisement
Home Arkansas Blog Welfare for the wealthy: More reasons to VOTE NO on ISSUE 3

Thee preceding mention of the Koch political organization, the Americans for Prosperity,  reminds me of a rare topic on which we agree: Opposition to the corporate welfare amendment, Issue 3, on the Nov. 8 ballot.

They are at least SAYING the right things in opposition to Issue 3, such as in this Facebook post. Whether that’s just for show or will be matched with money, such as is spent in legislative races, remains to be seen. The Facebook link at length excoriates Issue 3, saying:

Of all the issues being considered, we believe that Issue 3 poses the most serious risk to economic freedom and limited government in the Natural State.

Good for them. The amendment is nothing but welfare for the wealthy. It would allow local and state governments to pass out unlimited amounts of money to private business. It would moot a court decision that reaffirmed our current Constitution’s prohibition of sending money to chambers of commerce. They take the money to subsidize lobbyists who work regularly in the interest of corporate profits against working people. Universal health care. Higher wagers, Better workers compensation. Equal rights. You won’t find chambers lobbying for this or demanding accountability on the millions squandered by local “economic development” agencies.

Though all the money to pass this is coming from chambers of commerce and their members, there’s a growing list of opposition. In addition to the Koch drop, there’s the secretly funded economic research arm at UCA (jump-started with Koch money) that recently produced a D-G op-ed about the perils of corporate welfare — food stamps for the financially fat, I’d call it.

Ernest Dumas, the dean of Arkansas political writers, outlined the perils of Issue 3 in a column that I printed ahead of publication this week. 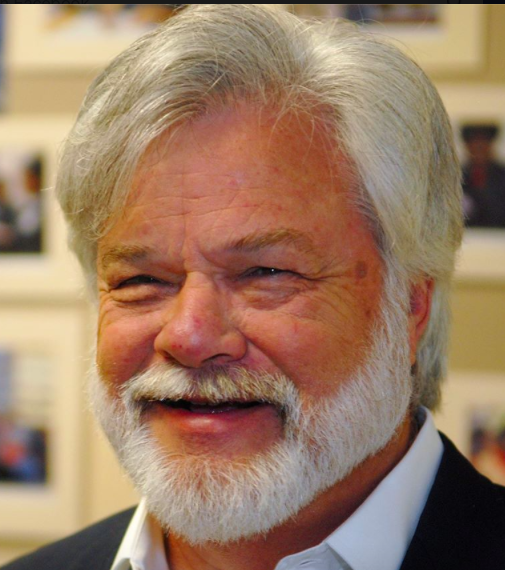 And here’s another voice worth heeding, that of Little Rock lawyer Bruce McMath, who was part of the legal team that successfully challenged Little Rock’s subsidy of the local chamber of commerce with tax dollars. The chamber’s subsidized employees contributed to their fight to destroy the Little Rock School District and downtown neighborhoods. Their influence also pushed city government to siphon off millions more in tax money for a tech park pipe dream that could have been more readily achieved the old-fashioned way — by private enterprise. McMath, son of former Gov. Sid McMath, has posted an essay opposed to Issue 3 on his Facebook page.

Issue No. three is easily the most significant special issue remaining to be presented to voters on the upcoming ballot and one that both the left and the right agree on.

While titled as a job creation initiative, what it does is transform state and local tax revenues and credit into so much carrion to be picked over by the buzzards of politically connected business seeking to access public funds to subsidize and/or assume the financial risks of private ventures they hope to profit from, as well as to tap such money to support their lobbying efforts. Not only will this misdirect public funds from public purposes but please contemplate for one minute the implications for political corruption when public officials have the power to dole out tax dollars subsidies to private entities and issue unlimited public debt to finance private ventures.

It is said that voters have lost confidence in government that they are fed-up with money in politics, and special interests dominating public policy. If more of us voters had our heads in the game of public affairs, we would not be having these problems. Issue No. three is jet fuel for the very type of abuse that voters say they detest. Daddy Big Bucks is planning to sucker the voters again with Issue No. three with the tired old claim of creating jobs.

This initiative was triggered by a suit, which in the interest of full disclosure I should say my firm handled on a pro bona basis, to stop cities and counties from annually appropriating money to the Chamber of Commerce. The Pulaski County Circuit Court determined this activity to be in violation of article 12 of the state constitution, which prohibits local governments from appropriating money to private entities. The city of Little Rock was handing the Chamber a quarter of a million dollars every year, as were other cities and counties in various amounts. Many officials would have preferred not to be doing this but how do you say no to the Chamber.

Obsensibly this money was for economic development. However, there was no accounting for how the money was used. Given that the Chamber is one of the most prominent lobbying entities in the state, the net effect of this practice was that many, maybe most local governments were subsidizing a private entity whose business was, in part, to influence state and local government. Stated simply, tax dollars were being handed over to a lobbying organization, expanding its budget and hence influence, enabling it to do more lobbying.

Issue No. three goes beyond repealing Article twelve to the state constitution. Obviously, the business establishment figured that while they were at it they might as well do away with all the barriers between them and public treasuries.

Boys and Girls, there are a lot of crazy antique things in our state constitution, but there is also a great deal of wisdom in it as well. The drafters put Article 12 in precisely to prevent the type thing that was going on with the Chamber. Public money should be used for public purposes. Private businesses should be funded by private money. We should not subsidize lobbyist with public funds. There are laws in place now that will allow limited bond issuance by the state and other special quasi-public entities to meet legitimate development goals. Cities and counties can work with, even contract with the Chamber, or any private entity, to do development work so long as the funds can be accounted for as actually being used exclusively for such purposes. There is no legitimate need for this amendment. It is a shameless grab for public funds and more influence.

This amendment will throw the doors open to every public treasurer’s office in the state. For once Let’s have a little respect for the wisdom of our ancestors and a little skepticism about the motives of people who purport be creating “jobs”.
Please consider sharing this. As usually is the case, there is no money to support the public side of an issue like this. The proponents will make big bucks and can afford to fund it. Who has money to oppose it when the interest is public? Social media is the only way to get the word out.