The Little Rock Police Department said today that Officer Dennis Hutchins had shot Roy Richards, 46, Monday night because he feared Richards was about to shoot his uncle, with whom he’d been arguing.

The police had not released Hutchins’ name previously, in keeping with practice of withholding the names of officers who use deadly force for a period after an incident. He is on paid leave during the investigation, along with another officer, not yet identified, who witnessed the shooting but did not fire a gun.

This was the account supplied this afternoon of the fatal shooting about 12:40 a.m. Tuesday in the 500 block of East Eighth Street:

Officers were dispatched to 514 E. 8th at 12;37 A.M. The first call said an unknown black man in a dark-colored SUV was causing a disturbance. En route, officers were told the man was outside the residence with a long gun.

Once officers arrived on scene, they observed two black males fighting in the front yard of 514 E. 8th Street. As officers approached, the two males stopped fighting and Richards walked to the dark colored SUV out of the view of the officers, and the other black male stood near the front steps. Once Richards came back into officers’ view, they observed Richards begin to chase the other black male while pointing a long gun at his back. At that point, Officer Dennis Hutchins stated that he fired multiple rounds at Richards from his authorized service weapon, striking Richards, because he believed that Richards was going to shoot the other black male in the back. Officers recovered a weapon at the scene that Richards was holding at the time of the shooting and pointing at the victim.

A brief police account yesterday identified Richards’ uncle, Derrell Underwood, who lives on East Eighth, as the man with whom Richards had a dispute.

A tribute to Hutchins on the LRPD Facebook page a year ago said  that he’d served the department for almost 15 years (he started in January 2001) and was a Marine veteran of service in Iraq.

The police have so far declined to identify the type of weapon Richards reportedly was carrying. They’ve also responded to questions about the number of shots, the distance from the suspect and whether any warnings were issued by saying these matters are part of the investigation.

A police spokesman said the prosecutor had asked that police not identify the type of weapon taken, but multiple sources say it is a pellet gun.

I have asked the LRPD for a report on instances in which Hutchins has used force as an officer, if any. Michael Laux, a lawyer who has sued LRPD over police force, said Hutchins’ record includes complaints. A police spokesman said he was aware of one suspension on Hutchins’ record — which I’ve requested under FOI — but he said it related not to use of force but to inadequate investigation of a vehicle accident in 2011.

Laux said his own investigation of officer conduct throughout the department included a complaint against Hutchins for “sustained profanity/taunting” in 2006 and an accusation of evidence planting that same year. He was also cited for turning off his mobile video recorder on several occasions. Laux said his records showed complaints of excessive use of force on five occasions in 2005, 2006 and 2007, but a record of only one suspension, that mentioned by the police spokesman. Records of all complaints on use of force are kept as a matter of policy whether found to be justified or not. I don’t know if any of these were sustained short of the one suspension. Only complaints that result in suspension or firing or open to inspection under the FOI, but Laux said he’d received further documents through discovery requests in his federal court lawsuits. Laux added in a comment Nov. 1 that his records, while accurate at the point they were received, were not necessarily up to date. As of Nov. 1, the LRPD still has not provided documents to which the public IS entitled about officer complaints on use of force and suspensions, if any. 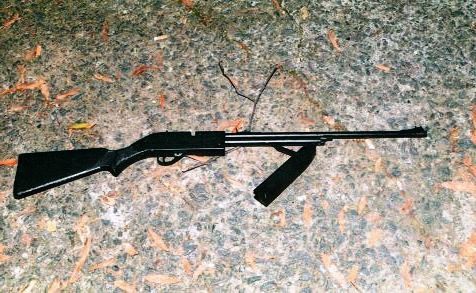