Little Rock police have circulated these photos of a car that they think may have been involved in a fatal shooting Tuesday at the Hines Detail Shop at 815 East Capitol Avenue.

The owner, Mitchell Hines, was wounded, and a customer who’d tried to fire back at a woman shooting at Hines, Harvel Sieber, was fatally wounded.

This car was parked down the street before the shooting and drove off after. The woman who fired the shots apparently left in another vehicle.

Detectives said today that they now believe the target of the shooting was Hines.

Please see the attached photos. This is one of the suspect vehicles. It was seen parked down the street prior to the shooting and seen driving off right in front of the business after. Detectives believe that the initial intended victim in the shooting was the owner of the detail shop, Mitchell Hines. 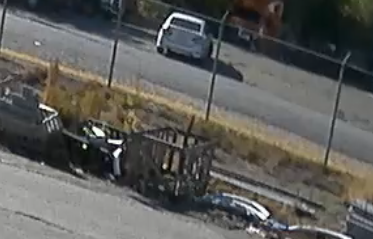