New legislation making it harder to win a lottery scholarship has had a pronounced negative impact on black students.

At my request, the Higher Education Department compiled demographic information on applicants and scholarship award winners: The change, taking effect this school year, brought a reduction in applications and awards for all students, but particularly black students. Also, the winners come from higher income families.

Legislation sponsored by Sen. Jimmy Hickey of Texarkana ended the old standard of either an ACT of 19 or a 2.5-grade point to qualify for the scholarship. Now a 19 ACT is the sole requirement.

The scholarship was reduced from $2,000 to $1,000 for first-year students, but increased from $3,000 to $4,000 for the second year. Hickey aimed to attract better qualified students and reward those who succeeded in college in the first year. The change was also aimed at coping with the lacklustre revenue production of the lottery. Critics worried that the change would harm poorer students, particularly minorities, and the lower first-year award would make it harder for students to afford college to start with, even if they qualified.

* A few dozen students didn’t disclose race. Income is not one of the criteria for the lottery scholarship, but it is available because a common application form used for various grant and scholarship programs includes family income. The figures here aren’t necessarily verified against tax records as are all those in programs where income is a criteria.

While the new rules brought overall reductions in both applications and awards,  the figures show that blacks were disproportionately affected. That was predictable, given the historical racial gap in standardized test performance. For blacks, 59 percent of the reduced group of applicants won scholarships. Among whites, the figure was 90 74 percent.

Income is also a predictor of academic performance. The average family income of all black applicants was $33,571, compared with $85,358 for all white applicants. Among award winners, the average black family income was $42,387 and for whites it was $94,405.

Other states have experienced similar results. The higher the bar for scholarship qualification, the more pronounced the disparity in awards based on race and income.

To me, it seems that a program that disproportionately favors a group — higher income whites, who are more likely to attend college in the first place — it’s less likely to improve the college-going and graduation rate in the group most in need. 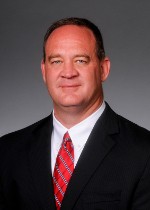 Senator Hickey responded by e-mail about the data:

I believe the “new rules” (qualifications) are favoring the performing students. As you know, we changed the qualifications due to cash flow issues within the lottery. Our data analysis showed that the old qualifications were distributing scholarship dollars to first year college students who were unable to maintain the minimum GPA in college of 2.5 and full time status. The current 1st year scholarship award is $1,000. If a student does not perform in high school, they may still go to college and “earn” the scholarship for the remaining years by maintaining the 2.5 GPA and full time status (full time status is also less hours in the first year than the remaining). I am in no way suggesting that the $1,000 is not a considerable amount of money to families. However, these students have a “second chance” to still receive the largest percentage of the scholarship by performing in the first year, and continuous years, in college

I have a followup for the senator on the racial findings and will update when we can talk further.

UPDATE: Hickey said the decline in black participation was not unexpected, but he said he didn’t look at the program on a racial basis. “That may be good data,” he said of the demographics I gathered. “But from my standpoint – on the qualifications of the lottery – I don’t know that that [race] is the focus.”

He said if a group is not performing the thing to do is not look at lottery qualifications, but look at what led to the circumstances that left a student short of the mark, whether family circumstances or shortcomings in K-12 education. He emphasized that if students hadn’t performed sufficiently in high school, they could begin college and by demonstrating good performance the first year still qualify for scholarship help, regardless of ACT scores.

Hickey said he hoped to introduce legislation that will give the legislature some leeway to spend additional lottery revenue – if it materializes – in different ways. That might mean a return to gradepoint qualification; it might mean diversion of money to technical programs and not traditional college education. That would be for the legislature to decide, he said. 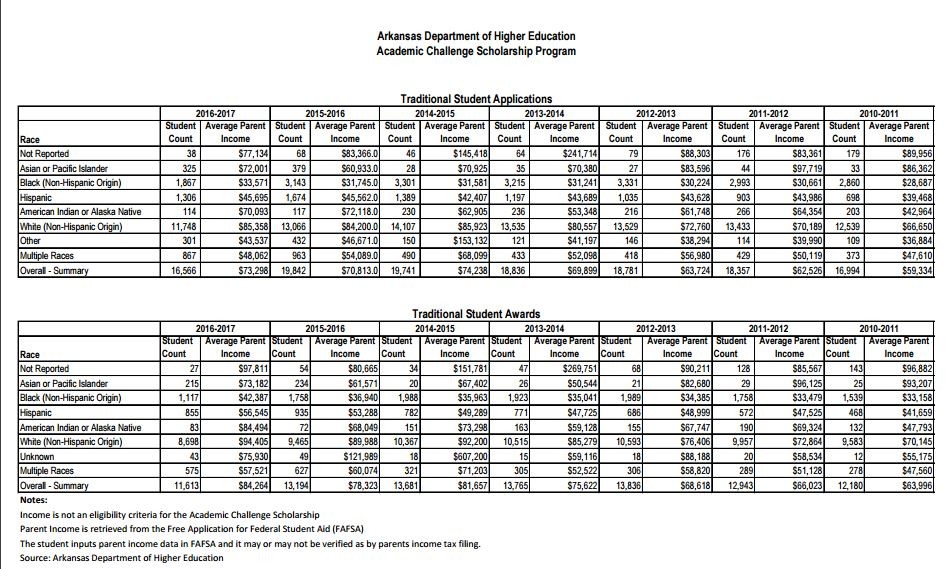