Gov. Asa Hutchinson’s bill to give low-income taxpayers a tax cut beginning in January 2019 won approval in the House Revenue and Taxation Committee this morning. There was no opposition, the House Democratic minority leader, Michael John Gray, made the motion for approval and no vote against it was heard.

The cut is expected to cost $50 million a year, if it takes effect. The legislature could take it back if passed this year in 2018. 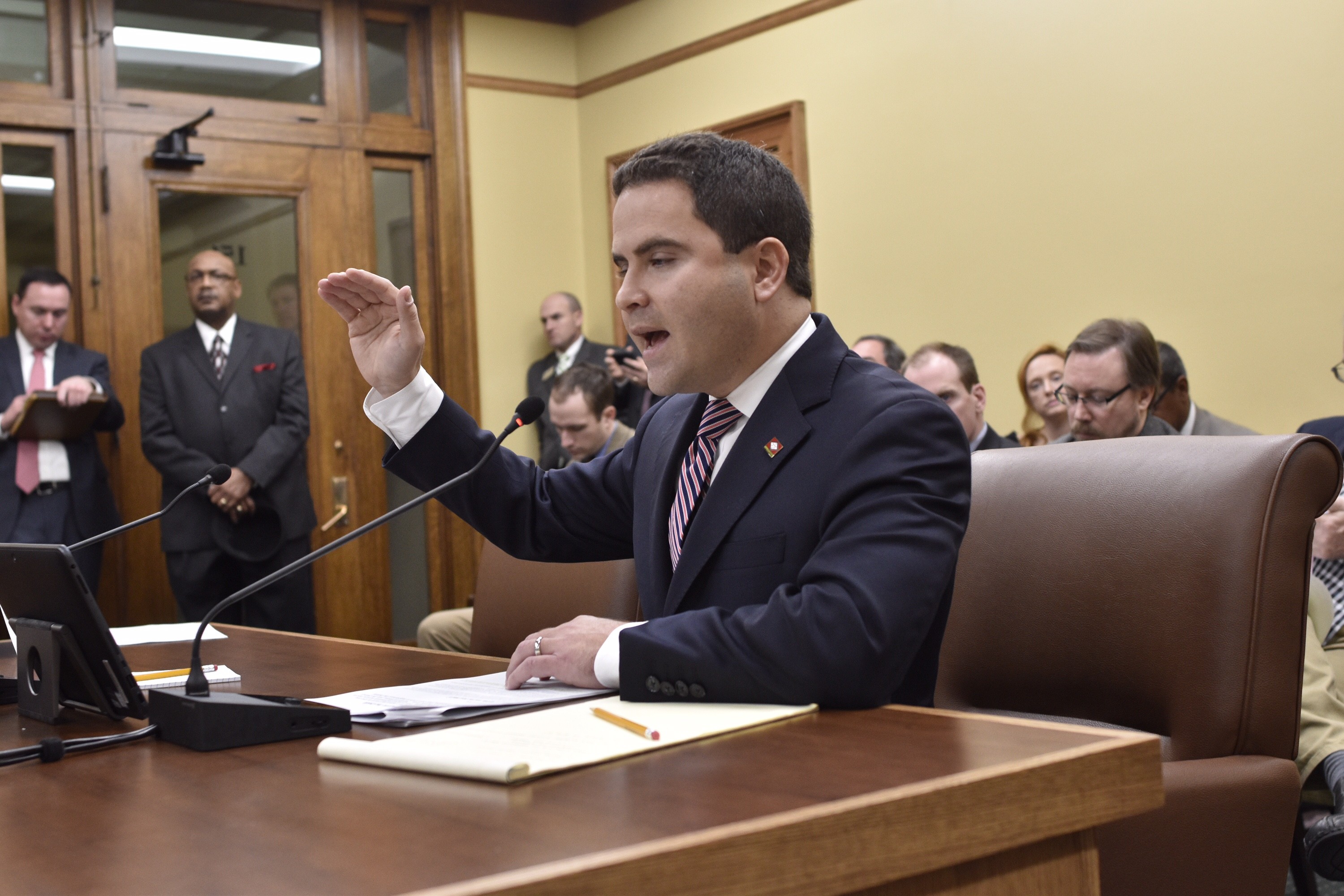 Now Rep. Warwick Sabin is introducing his legislation on an earned income tax credit, that mirrors a federal policy endorsed by conservatives for its economic stimulus and the incentive it provides to work. The governor has not endorsed this bill, which carries a $40 million cost not included in the governor’s budget. Sabin said his bill would be more effective than the governor’s. It provides a credit equal to 5 percent of the amount granted on the federal tax return.

Sabin cited studies of the positive effect of the credit in moving people into jobs and out of poverty. He also said that since the governor’s tax cut is on net taxable income, it could conceivably include some higher income people with sufficient deducations to put them into lower income categories. The earned income credit is more targeted to lower-income working people. Sabin has lined up corporate supporters, including Entergy, and has Republican tax committee chairs as sponsors.

The Democratic Caucus planned to have a press event after the meeting to illustrate its argument that the tax credit is preferable to the tax cut. It also said members would meet Monday with Gov. Asa Hutchinson on the bill.

Republican questioning was negative — about fraud rate (exaggerated by critics, Sabin said), the possibility that some might get money back in excess of taxes paid. Rep. Charlie Collins asked why not pay for the credit by taking away money spent on other programs for the poor. Opponents include a lobbyist for the Koch-financed Americans for Prosperity, who emphasized potential for fraud and the possibility some would get back more money than they paid in taxes.

Sabin said he hoped for a full debate of both bills on the House floor and he got his wish — a “do pass” motion was approved on a voice vote.

Consideration of a tax break on military pension income was delayed because of disagreement on other tax increases Gov. Hutchinson has proposed to pay for it, particularly an increase in the tax on mobile home sales.