Republican Sen. Greg Standridge of Russellville provided a quote to John Lyon of the Arkansas New Bureau on the shell bill he and Sen. Gary Stubblefield of Branch have filed that is to be fleshed out to prohibit people from using a restroom that doesn’t match their birth gender (a classification that is, in rare cases, ambiguous, by the way).

“My values and everything else put me in the situation where I feel like it’s time to take a stand on it and make people understand what’s going on here,” Standridge said. “The situation of using a bathroom because you feel like a boy or a girl … is not right.”

… “My view is, if you’re born a male and your DNA is of male gender, then that’s the bathroom you should use,” Stubblefield said.

… Standridge said when asked about the backlash against those states, “I’m not doing this to make Arkansas lose anything. We’re looking at this as just doing the right thing.”

Gov. Asa Hutchinson has commented that he’s aware of no problem that requires Arkansas legislation, particularly given the negative impact it is certain to have on Arkansas.

I sent Standridge and Stubblefield some questions that deserve answers if this bill eventually drags Arkansas into the national spotlight. 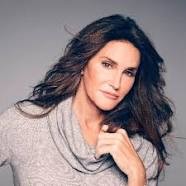 * Does either man know a transgender person now using restrooms in a way that they wish to make illegal? Do they know of a case where this has presented a problem?

* How would they feel if, say, Caitlyn Jenner walked into a restroom they were using? (And I should have asked exactly how bathroom bona fides will be checked and enforced under their law).

* Should DNA  determine bathroom assignment even in cases of sex reassignment surgery?

These are not frivolous questions in the context if this issue must be discussed in Arkansas. I know transgender people. I am confident that should Stubblefield and Standridge come upon them they’d be hard-pressed to guess their birth DNA.

(I should add I don’t see a problem with people using restrooms that comport with their sexual identity and think a red herring the argument that the proposal is somehow about deterring molesters from impersonating the opposite sex to gain entrance to restrooms for crimes. This is possible with or without this law and pertains to actions of criminals, not law-abiding transgender people.)

I hope the governor’s common sense prevails. The legislature’s work is already stained enough as it is.

Stubblefield and Standridge don’t fall in the mainstream of the Republican delegation, to the extent that you can say there exists a relative degree of moderation there, but the issue appears to have great political resonance in Arkansas.