UPDATE: The House Education Committee today approved a revised version of the school voucher bill, reduced in cost to $3 million a year by pressure from Gov. Asa Hutchinson.

I don’t have the final roll call vote, but the bill met little public resistance in committee. It got 11 votes for passage, the minimum required for passage.

Earlier, the Arkansas Citizens First Congress expressed strong opposition. It has joined hands with many school groups against this bill, which would deprive not just public schools but all government of general revenue that would be shipped to unaccountable private schools, many of them church-operated. It said in a statement before the committee meeting:

The Citizens First Congress continues to oppose HB1222, even in the reduced pilot program form expected to be heard in committee this morning.

The $3 million x 4 year pilot is much better than the original proposal, but research shows this is one of the least effective ways we could spend education dollars.

Pre-k is underfunded by nearly $20 million. The Special Ed task force recommended $20 million to provide bare adequacy to kids with special needs and they were told the state couldn’t afford it. After school and summer programs, proven solutions to the achievement gap, have been told there is no money for even their modest pilot project. HB1222s “education savings accounts” don’t have nearly as much evidence supporting them.

“In fact there’s a growing body of evidence that these voucher type programs may make the overall education system worse,” said Richard Hutchinson. “There is no way they should move to the front of the line for scarce education dollars.”

There is not enough data collection in the bill to conduct an adequate impact assessment of the pilot. To truly assess the impact of the pilot, and know if the state’s $3 million investment is worth it, you would need to collect pre- and post- voucher testing so you could measure performance over time against a baseline population.

You would also need to gather income and demographic data to ensure the dollars are not going disproportionately to wealthy families, which we think they will, and the program is not further segregating our student population by race and ability, which we also think will be an outcome.

If the voucher program is going to receive state dollars – any nonprofit or school accessing the dollars should be subject to the full FOIA laws that normally accompanies public dollars so the public can have faith that tax dollars are being managed well and for the public good.

At the committee meeting, Dotson presented his amendment as a pilot program that would be capped at $3 million a year in lost state revenue and end after four years unless renewed.

In response to a question, Dotson said no additional accountability measures had been added. 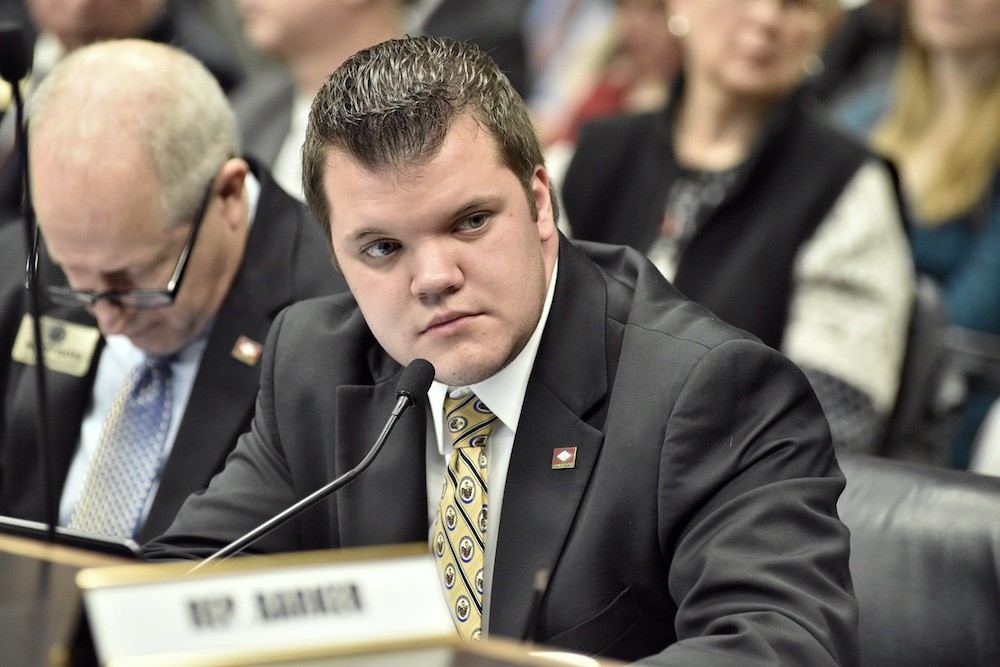 In response to a question from Rep. John Walker, Dotson contended the state would realize a savings by no longer having to support students who leave public schools for private schools. But some of the recipients will come from those already in private schools and not receiving public money now. And some will get $6,600 a year toward private education who are in districts that receive far less than that amount in state support because of local property wealth. Also, the money comes off the top. Only about half of state general revenue goes to public schools.

Rep. James Sturch (R-Batesville) said he didn’t like the bill. He said he represented some districts that, if they lost four low-income students, they’d lose qualification for significant financial support that goes to high-poverty districts.

Dotson said the nature of a pilot program would be to evaluate and correct consequences such as Sturch brought up.

The bill goes to the House. There’s still hope that the Senate will present a roadblock to the bill.

The bill is styled as an Education Savings Account. It mimics plans in a number of other states, crafted to avoid questions about contributions of public money to church schools. Taxpayers, including corporations, may get a state tax credit for up to 65 percent of the money they donate to a nonprofit organization set up to distribute voucher money for private schools. The taxpayers likely will realize full payment for the contribution by a deduction on their federal income tax form — effectively designating all of the contribution for private schools, rather than the usual broad array of government programs. Poor students have some, but not complete, preference in the award of money under the program. Schools need not be accredited to receive the money and the state has no say over the education they offer. Questions remain about comprehensive evaluation of education of the students who benefit from the money. In other states, notably Louisiana, studies have shown students did worse at the private schools they chose than the public schools they left, in part because of a lack of controls on the schools who could receive the money.