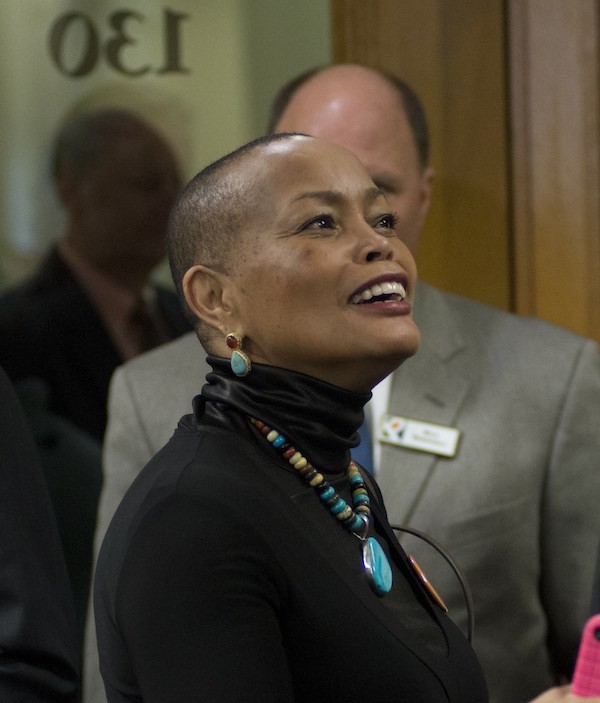 In September, State Sens. Joyce Elliott (D-Little Rock) and Jim Hendren (R-Sulphur Springs) proposed an eight-member panel subcommittee — composed equally of Republicans and Democrats — to discuss how race affects policy and life in Arkansas and to begin proposing ways to drafting proposals for ways to change race relations in the state. It was soundly rejected.

“We were wildly unsuccessful,” Elliott said at a meeting of the Political Animals on Wednesday, where she and Hendren were invited to discuss how they are moving forward with plans for the subcommittee.

But, even if not all legislators wanted to talk about race, Hendren and Elliott say they have continued to discuss it because of the unrecognized role it plays in politics and Arkansans lives, including their own.

“I was uncannily aware of the savage inequalities,” Elliott said of growing in south Arkansas. “I loved hanging around the old people and listening to what they were saying. That’s when I learned so much about people being afraid and knowing things just were not equal. And, eventually knowing it was all embedded in .”

She remembered going to a school that was not integrated and saying the pledge of allegiance or reading the founding documents “knowing it was not true” based on her experiences with racism.

“That just became part of a bedrock for me, of knowing someday I’m going to do something about race. Because it shouldn’t be this way. And I was a child, but I never lost that desire,” she said.

Hendren said he had grown up going to a school that was “100 percent white” in Northwest Arkansas.

“I guess I would say I was naive and uninformed about the world that many people live in,” he said, “and also, even our own history.” After college at the University of Arkansas in engineering, Hendren joined the Air Force and “that’s where I really started to have my eyes opened.” He served as a National Guardsman after that for many years.

Hendren said that even as an Arkansas resident, going to schools in the state, he had not understood the events of Central High’s integration and the Litte Rock Nine fully until his military experience.

“I can tell you, I may have been taught the Little Rock Nine and what happened at Central High, but it certainly didn’t sink and I didn’t understand it,” he said. “As a National Guardsman for 15 years to think that the governor would activate the Guard to come and keep kids out of the school. … And then to have the president nationalize them and say, ‘No you’re not, you’re going to protect those kids.’ That’s such an amazing thing.

I think so many kids — all across our state — don’t fully understand the period from 1865 to the present and what happens in our country with regard to race relations,” he said.

While both agreed that something needed to be done, there were disagreements at times about how best to change policies in the state.

For example, when asked about institutional racism, Hendren said that some phrases can put people off from working on issues of race. “I will agree that we have some systems that built into it some biases that need to be fixed,” he said. “What I will not agree is that there is a unanimous effort to be racist.” Hendren said he wants to see “facts and figures” and “legislation passed that changes someone’s life” rather than more abstract discussions.

Elliott, though, said that people should not “let a word turn you away from talking about something that’s real.” She emphasized that people should be given the chance to be wrong — on both sides — while recognizing that “racism is historical.” She pointed to a large beam that, as a structure, held up the building in which the meeting was occurring.

“It’s like it’s embedded in that column, you don’t know what’s holding that column up and something is. You take for granted it’s going to stand — you don’t go around wondering what’s holding it up,” she said. “Something that is true about racism is that it’s abstract; it’s structural into the systems we have.”

There will also disagreements on how to deal with rising crime in Little Rock and the expansion of charter schools.

But, both agreed that these discussions were part of the process, and it’d be helpful to have a subcommittee where they could productively have them.