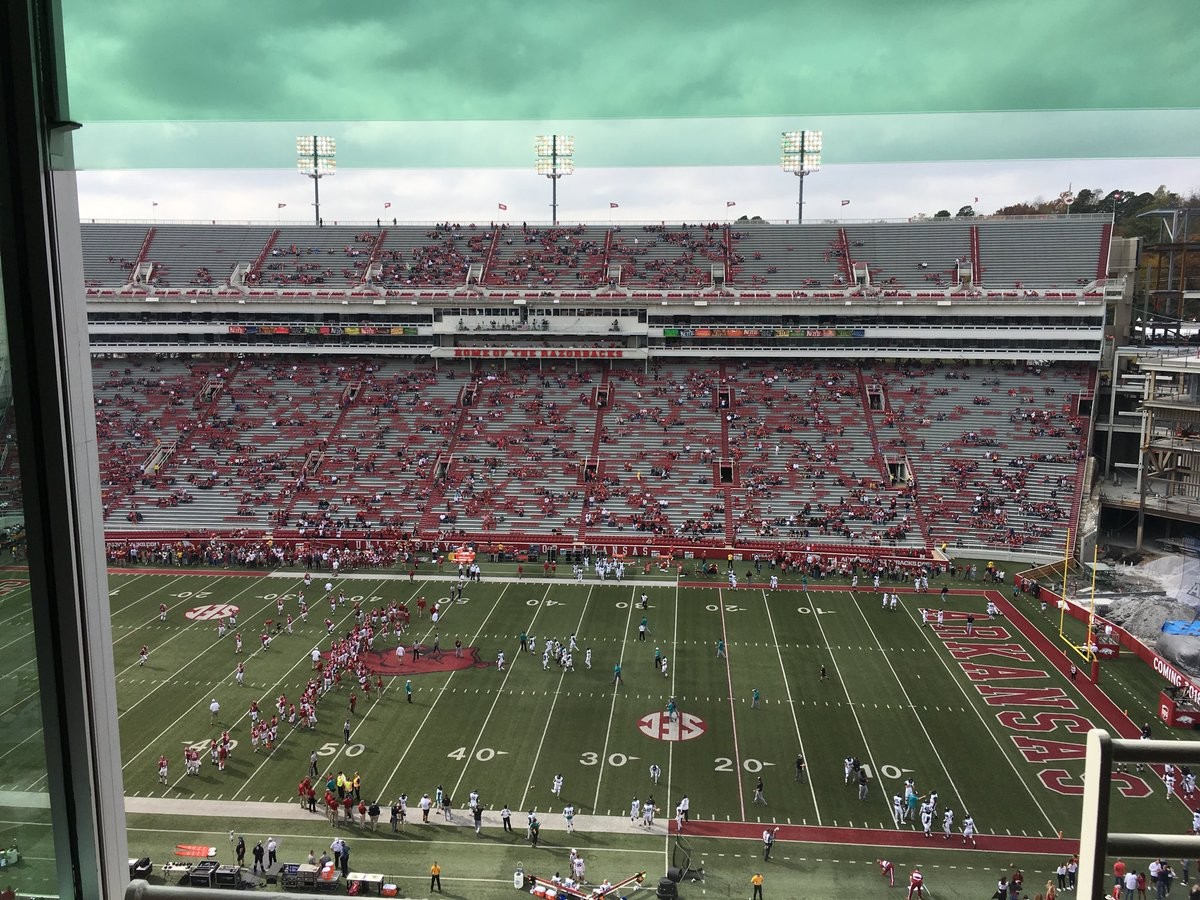 As I write, the Razorbacks have taken a 17-14 lead at halftime against a 1-7 team from a minor conference.

Remember Citadel? If there’s any basis to rumors about job security for the football coach and the man who hired him, who knows? The University of Arkansas Board of Trustees meets this week. Perhaps they’ll talk to Chancellor Joe Steinmetz about the performance of the campus’ most expensive department.

Speaking of UA athletics: Seen this Facebook page? I’m hearing a version of this letter, which is posted there, could turn up in paid newspaper advertising before long.

As your multi-year million dollar contract renewal grows near, many Razorback fans are reminded of your accomplishments while Athletic Director of the University of Arkansas, some of which you acknowledge, some which you do not. Let us remind you:

Successful baseball and track programs. Although, those two programs were already legendary while you were still honing your AD skills on the east coast.

The hiring of Mike Anderson. Mike probably would have been a Hog no matter who was in place as the Athletic Director, but thank you anyway.

Raising funds. However, much of the respect that led to contributions were gathered on the coattails of the late great Frank Broyles, who raised money and built great facilities long before you arrived here. And we will continue to do so long after you are gone.

Raising funds part 2. Many Razorback game tickets, activities and parking have been successfully priced out of the reach of average Razorback fans.

Raising funds part 3. Rather than cheering and getting the crowd into games, we now have to sit through a continuous barrage of advertisements and loud obnoxious music.

Raising funds part 4. Selling of the pregame “A” walk to the highest bidder.

The change of Razorback colors. We have you to thank for the loss of our traditional Razorback Red and white in favor of “Generic Nike Burgundy” so NIKE can make more money with the same shirt and different school logos. Brilliant. Let’s also not forget the Anthracite uniforms and the hideous helmets with invisible Razorbacks on them.

The change of the Razorback logo. Sure, why not be mistaken for the Arkansas State Red Wolves. We’re just lucky that you did not successfully get rid of that “hokey” hog call at Bud Walton Arena.

The improvement of concessions, parking and traffic at Donald W. Reynolds Razorback Stadium. Why wouldn’t a person want to drive in a confusing traffic pattern that constantly changes and makes no common sense or spend an entire quarter getting a warm water and Soda, right? Worst concessions in SEC by far.

Additional employment opportunities. You have doubled your staff since you arrived, mostly with non-Razorbacks who have no connection or knowledge of Arkansas, the U of A, or any of our long-held traditions. No wonder.

You PROUDLY supported the kneeling of student-athletes in uniform during the National Anthem. But I think this one actually cost the University a few million dollars and a coach his job?

Your attempt to retire the #42 basketball jersey honoring Bill Clinton. Thankfully better thinking prevailed and Nolan, Corliss, and Sidney were so honored instead.

Inspiring contract negotiations. I think there is still some debate over this one and whose money are you negotiating with anyway.

Frankly, if you had treated long time fans, alums, donors and vendors with more respect you might get a pass. But fact is, you have treated people poorly, when nobody’s looking or when you are not on television or radio.

Finally, we didn’t forget your GPA: SEC Conference Football Record (3 coaches): 2008-2017 (thru Ole Miss) – 30 wins and 47 losses (38 winning %). SEC Conference Basketball Record (2 coaches): 2008-2017- 76 wins and 78 losses (49 winning %). You have improved since your AD days at Pittsburgh, but according to my ARKANSAS Math that is still a failing record. You undoubtedly hold the employees of your department accountable for their decisions, their behavior, and their results. The University holds its academics accountable for their behavior, their research, and their teaching abilities. It also holds its students responsible for their behavior, their academic progress, and their contributions to the University family.

So when are you, Mr. Long, going to be held accountable for your behavior, your job performance, and the consequences of your decisions? For the vast majority of us, it is past time for this to happen.

The NCAA or like-minded NFL seems to be great places to look for another job, because we definitely don’t want you deciding who will be our future coaches. All things being equal we want our coaches and Athletic Department hires to love our university and have strong Arkansas ties – more than just a stepping stone or paycheck. Arkansas fans deserve better.