Albert Rogers Yarnell, a businessman who helped his father grow Yarnell Ice Cream Co. into a legendary Arkansas brand, died at 94, on Sunday.

Arkansas Business has a full profile, laying out the life of Yarnell: from an Army stint in World War II to civic and business leader in Arkansas.

Yarnell took the helm as president of the Searcy based company in 1974 — 32 years after his father had bought an ice cream maker named Dairlyland. As president, Albert Yarnell expanded the business and for his acumen was inducted into the Arkansas Business Hall of Fame in 2007. Yarnell Ice Cream declared bankruptcy in 2011. The Schulze & Burch Biscuit Co. of Chicago later acquired the Searcy plant and revived the brand in 2012.


At the time of the news of the bankruptcy, Max wrote something of a three-sentence ode: “This is terrible news. Angel Food Vanilla was the best ever. The seasonal peppermint was nonpareil.” 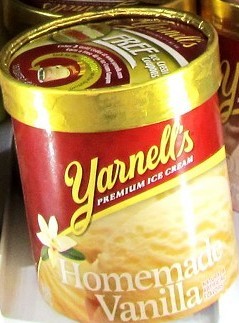 Visitation and a celebration of Yarnell’s life are planned for 12:30 to 2 p.m. Thursday, Jan. 11, at the family ministry center at First Baptist Church in Searcy, with funeral at 2:15 p.m. in the church sanctuary. Powell Funeral Home of Searcy is handling the arrangements.