An interesting issue is developing in the courts that will have broad application in Arkansas — it is whether public officials can block their critics from social media pages.

That energetic gadfly, Russ Racop, a candidate for Little Rock City Board, shared with City Attorney Tom Carpenter a relevant article from Slate on the subject.

It notes that the Knight Foundation is suing Donald Trump for blocking users from his Twitter account, which is demonstrably a central part of his governance.

Case law is developing. In Virginia, a federal judge has ruled that the First Amendment’s Free Speech Clause prohibits officeholders from blocking social media users on the basis of their views. This was in the case of a county officeholder who blocked someone  from her Facebook page for criticism of other elected officials. The judge wrote:

Defendant’s offense at Plaintiff’s views was therefore an illegitimate basis for her actions—particularly given that Plaintiff earned Defendant’s ire by criticizing the County government. Indeed, the suppression of critical commentary regarding elected officials is the quintessential form of viewpoint discrimination against which the First Amendment guards. By prohibiting Plaintiff from participating in her online forum because she took offense at his claim that her colleagues in the County government had acted unethically, Defendant committed a cardinal sin under the First Amendment.

The same plaintiff has been allowed to proceed with a similar case against the local prosecuting attorney.

The county official in the first case said the plaintiff had other outlets. But the judge said social media may now be the most important forum for exchange of views. Newspapers? What’s that?

City Attorney Tom Carpenter said he intended to review the case submitted by Russ Racop, who’s been blocked by Little Rock Police Chief Kenton Buckner. He is by no means alone.

State Sen. Jason Rapert is famous for blocking people from his Facebook and Twitter accounts and, while it’s unclear this is a necessary element of a successful lawsuit, state expense records indicate he’s used state money in the past to defray expenses of his office from which he’s undoubtedly done social media work to communicate with constituents.

Many Republican legislators block me from their Twitter posts and I suspect I’m not alone. Jeff Long blocked the Arkansas Blog from seeing his Twitter account when he was University of Arkansas athletic director. A state agency director blocked me for a but seems to have relented.

Bumptious former Republican legislator Nate Bell has made it something of a point of pride to get blocked by people he criticizes social media. He yearns still for the big prize, a block from @realdonaldtrump.

If someone does sue in Arkansas — and such a lawsuit appears to be in the works (a Go Fund Me account to finance a suit against Rapert) — I’d advise them to go to federal court.

Those who’ve blocked me include Supreme Court Associate Justice Rhonda Wood. She tired of reading my remarks about the support she’d developed among Republicans and the nursing home industry. She relented recently, but I wouldn’t look to her or fellow Republican travelers on the court to pen a ruling that said a practice in which she’d once engaged was unconstitutional.

And take Mike Huckabee, please. His blocking of me on Twitter, though clearly within his rights as a private citizen now, reminds of another larger issue: It’s a decision by public officials to refuse routine taxpayer-funded services, such as responding to press calls from and issuing news releases , media they don’t like. Huckabee banned the Arkansas Times when he was governor, wouldn’t even send us news releases sent to anyone else who asked. Sen. Tom Cotton has likewise refused services provided others by his press office. First Amendment and equal protection arguments seem worthy here, too.

Happily many around the country don’t intend to go gently into the dark night that such politicians prefer. 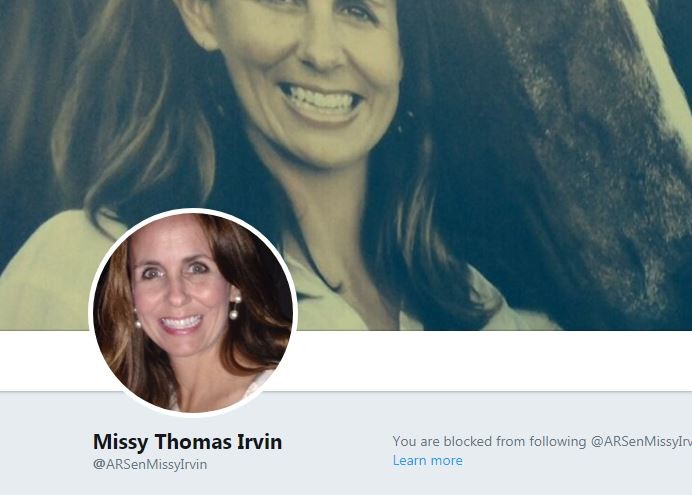