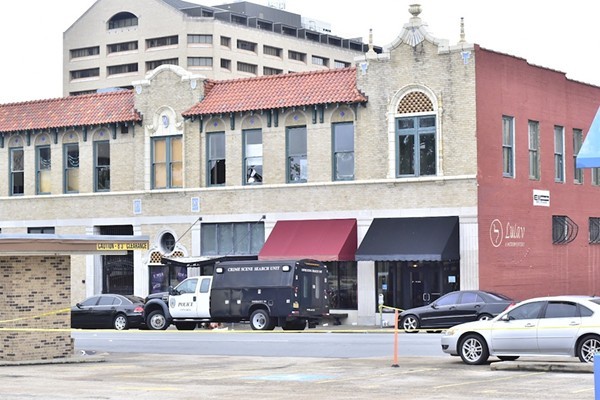 U.S. Attorney Cody Hiland held a news conference today, along with numerous local officials, to announce dozens of drug and gun arrests in a crackdown on gang crime.

He released 13 indictments and two complaints charging 49 people with drug trafficking and gun crimes. This is a product of an investigation targeting gangs, including some believed involved in the mass shooting at Power Ultra Lounge during a rap show.  25 people were wounded July 1 and a couple of arrests have been made previously of those involved.

40 of the 49 people charged are already in custody, with 35 arrests coming in two large raids that occurred this week involving 250 plus law enforcement officers. The first raid was on Feb. 18 and the second this morning, Feb. 22. (Two documents listing arrests are at the bottom of this post.)

Bilal Johns Muhammad is called “long-time leader” in a local gang in a press release.

Hiland said warrants began being served Thursday morning and some of those named remain at large.  The arrests led to seizures of 21 illegal guns, body armor, four cars, a motorcycle, $50,000 and quantities of meth, heroin, cocaine, ecstasy and a narcotic cough syrup.

The arrests sprung out of the GET Rock task force spearheaded by Gov. Asa Hutchinson in the immediate aftermath of the Power Ultra Lounge shooting.

“I am gratified today that 21 arrests have been made and multiple federal indictments have been announced by U.S. Attorney Cody Hiland. The success of this operation demonstrates what cooperation, intelligence information courageous law enforcement work can do to make our streets safer,” Hutchinson said in a statement. “I commend the stellar work of all of those involved in this morning’s efforts, and I know this is just the beginning — there’s plenty of work left to do.”

But Hiland said that the Power Ultra Shooting investigation is still ongoing and he “wouldn’t be surprised” if there were more arrests in it.

Already some arrests have been made in relation to the Power Ultra Lounge shooting: Tyler Jackson, 19 (called the “principal shooter” by police); Ricky Hampton on unrelated gun charges; and Kentrell Gwynn, Hampton’s bodyguard, for supplying a gun to a felon.

Hiland described the sweep as the beginning of a process to take violent people off the streets. It hit members of Little Rock’s two “dominant” gangs, the Bloods and the Crips. State and local law enforcement agencies participated in the program, part of a federal safe neighborhoods project. Hiland said stiffer sentences for gun crimes in federal court could improve safety on the streets.

The cases announced today included a number stemming from the use of wiretaps to penetrate operations of local gangs. Hiland said Clifton Thomas and Marvin Collins had been identified in 2017 as founders of a Bloods-affiliated gang, Real Hustlers Incorporated. Originally known as the Monroe Street Hustlers, it operated around Monroe and Brown Streets. The name changed to RHI, he said, because of “mounting and unwanted attention from the LRPD.” He said RHI promotes itself as an organization for rap but used 5108 31st Street not only for a studio but to distribute drugs.

Hiland said the mass shooting at Power Ultra Lounge was precipitated by a rivalry between RHI and the Wolfe Street Crips. RHI members participated in the lounge shooting and subsequent retaliatory shootings, Hiland’s prepared release said. Five men involved in those shootings were among those indicted.

Eighteen people were indicted as part of a drug ring headed by Robert Turpin, Hiland said. They covered a variety of drug sales, including pharmaceuticals imported illicitly from India. Drugs and money were tracked to Texas, Massachusetts and North Carolina.

Also arrested Thursday morning was Chris Alexander, a member of the Wolfe Street Crips who’s promoted anti-gang programs in the past, and Kenya Davis. They were charged with marijuana distribution charges. Alexander also faces firearm charges.

The news conference was marked by much praise of interagency cooperation and vows that the effort would be productive in cutting the homicide rate and making people safe from whizzing bullets.

Hiland said that this work would be “just the start” and “serve as a warning.”

The Department of Justice recently awarded the Eastern District with more resources to fight violent crime.

Asked about the gangs, Hiland said, “I think they are two violent gangs in Little Rock, I don’t know if they would be the most — but they are certainly at the very top.

“This is not a dog and pony show,” he said, adding that the people arrested were “fairly influential in that community.”

He also emphasized that the sentences will be federal, meaning that “it’s ” without parole; those convicted will have to the entirety of a 20-year sentence, for example, without time subtracted for good behavior.

“We are coming for you,” Hiland said. And he said multiple times that he hoped “to make sure bad people go away for a long time.”

“When we called these folks they actually did something,” he said.

Larry Jegley, Prosecuting Attorney for Pulaski County, said “this is a familiar place,” reminding him of the famous gang wars of the 1990s in Little Rock. He said that then “we took back our streets,” and that “we can do it again.”

Jegley and Buckner both said it was possible that some of the new gang activity could be related to people released from prison after serving time for offenses in the 1990s.

Here is a list of those named in the charges. 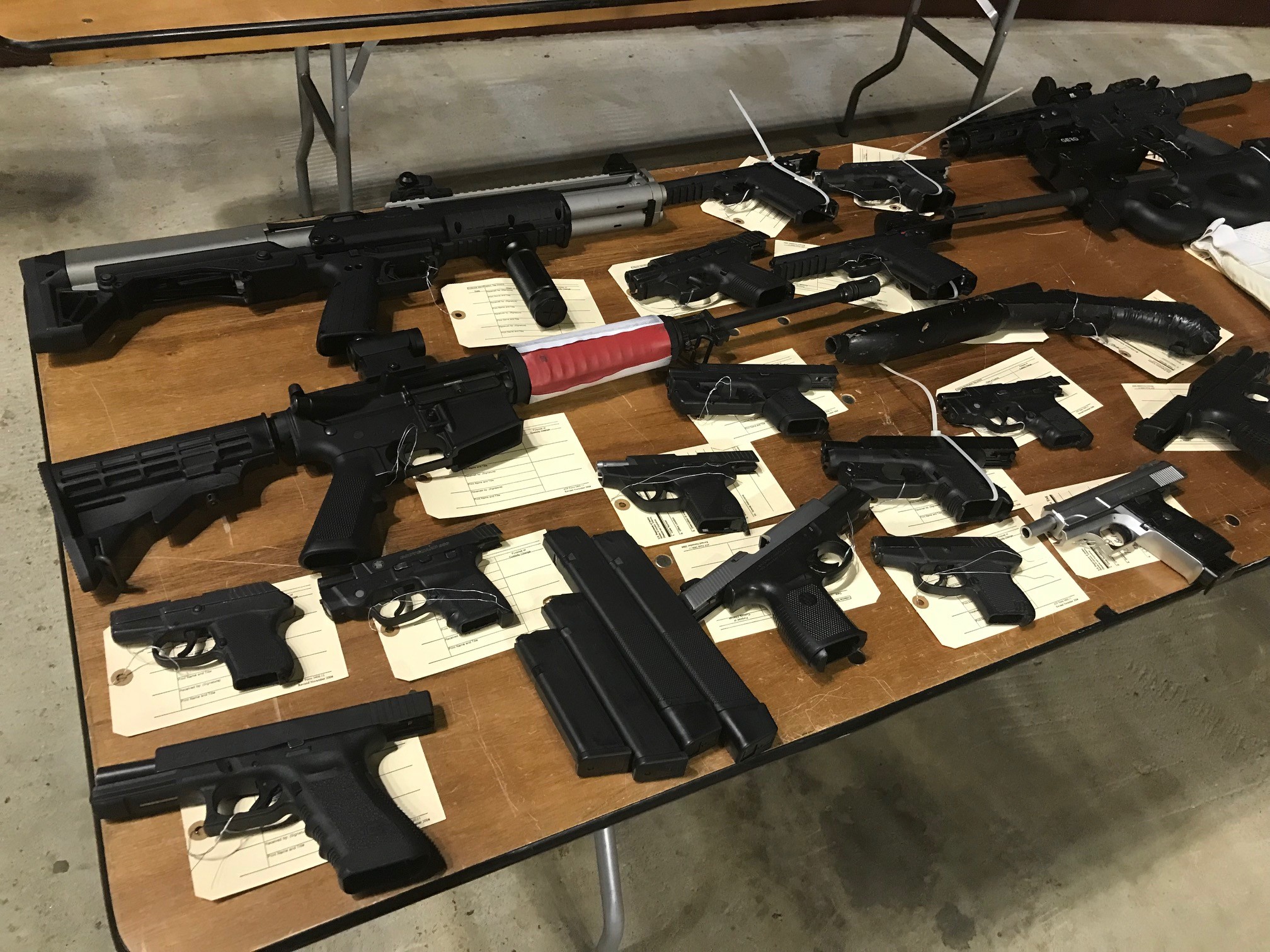 And here’s the Turpin indictment.