In this day of lean, mean Rep 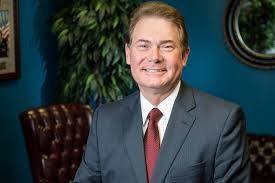 governance, David Koon has dug up a pretty good example of mean, if not exactly lean, governance.

It’s about the Arkansas Insurance Department’s expenditure of $163,000 to arm up with guns, ammo, Tasers and other security  for an eight-person criminal investigation division, not to mention cars, uniforms other police finery.

For what? To apprehend fraud suspects, something that has never involved a violent encounter in the agency’s history.

Overseeing it all, a security director, Paul “Blue” Keller, who brought two years of full-time experience as a deputy sheriff to a job that now pays him just under $123,000 a year, almost $40,000 more than his predecessor, who held a law degree.

Allen Kerr, a former legislator who is now Insurance commissioner, defends the expenditures. He said they are “critical” to keeping staff safe.

Kerr, by the way, is a frequent traveler himself. His annual financial interest statement reported 10 trips to conventions around the country in which part of the cost was defrayed by others. He’s also been working since he took office to get $20 million in state appropriated money for a new office building. Also, yes, those of long memory might remember that Mike Pickens, a former Insurance Commissioner, posed some uncomfortable questions about Kerr’s past in the insurance business.