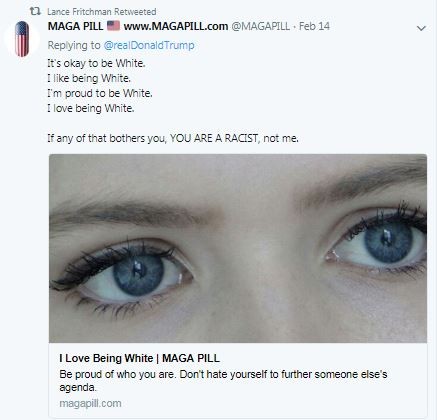 The Little Rock School District has put a McClellan High School coach, Lance Fritchman,  on administrative leave following questions about his social media activity, an event that apparently led to a dispute with a KARK/Fox 16 reporter.

The teacher’s Twitter account includes Tweets generally supportive of Donald Trump and deportation of undocumented immigrants. They also included remarks supportive of a White History Month and a thought about the women’s march on Washington following Donald Trump’s election. A sample:

Fritchman is entitled to all these opinions, of course. Good judgment? You decide. He teaches at a school with a student body made up almost entirely of African-American and Latino children.

CORRECTION: I originally characterized  the personnel action as  a “suspension.” Fritchman said in a telephone conversation Thursday that’s a more serious action that wouldn’t be accompanied by pay, so I’ve corrected the reference to follow that used by the district.

The School District issued this statement to me yesterday

This statement serves as a response to your questions about the social media activity for LRSD employee Lance Fritchman. When such matters are brought to our attention, we take them seriously, review them promptly, and follow appropriate protocols. Mr. Fritchman has been placed on paid administrative leave pending a more thorough review of the matter, as is customary per LRSD policies. Because this is a personnel matter, we will not be able to provide any additional comments at this time.

According to a police report,  the police responded Monday morning to the parking garage of the Victory Building at Capitol and Woodlane, where the KARK/Fox 16 studios are located. Fritchman told police he went to the building because he believed KARK reporter Mitch McCoy caused his suspension.

Fritchman began attempting to make contact via phone at 7 a.m. until 10:37 when officer made this report. Fritchman left several message[s] telling McCoy “come out and let’s handle this man to man.” Fritchman was vocally aggressive while speaking with officer and on the voice mails. McCoy advised he felt threatened by the voice mail and a word Fritchman used ‘efforting’ — according to the Urban Dictionary meaning ‘mouth punch.’ Fritchman was advised any further correspondence needed to be handled through LRSD. Fritchman was advised not to call any more due to this being documented as harassing.

The report said Fritchman should not return to 1401 W. Capitol or he’d be arrested for trespassing. The report said an officer returned at 12:03 p.m., but “the subject (possibly Fritchman) had left.” 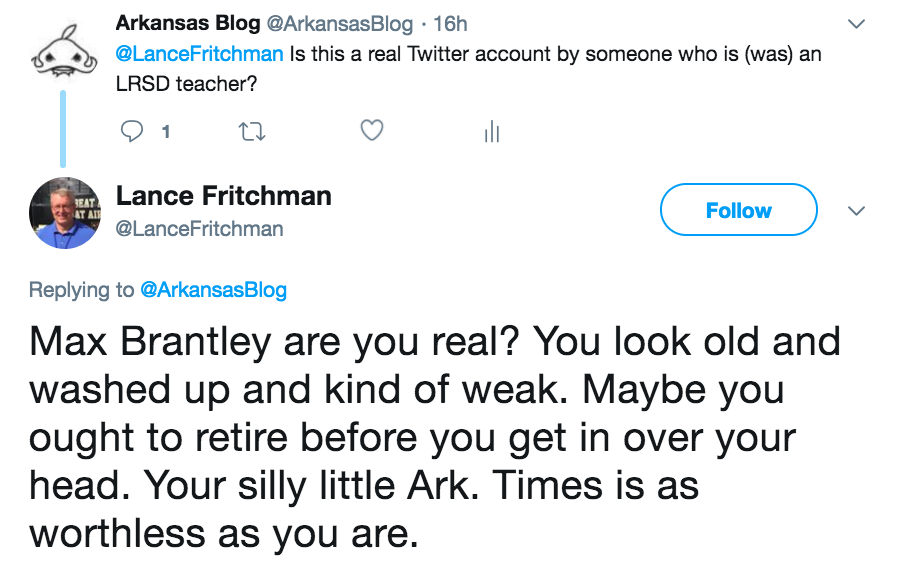 After I asked him to call to talk about the incident, he responded further: 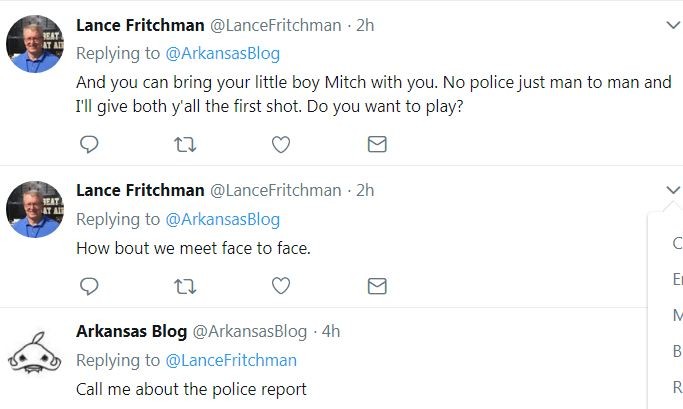 He has not responded to a message I left on his phone, but I have told him via Twitter that I’d meet him in person to talk. 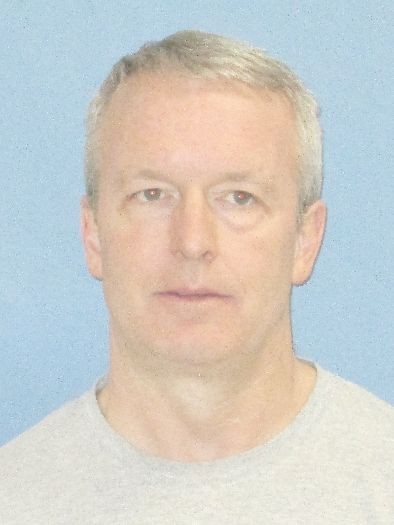 UPDATE: He perhaps hasn’t returned a call because he was arrested this morning on a criminal trespass charge related to his visit to KARK.

UPDATE II: We talked by phone at length Thursday. He can’t talk about circumstances of the case. He thinks, generally, that his Twitter activity shouldn’t have been newsworthy.