Wes Flanigan has been fired as men’s basketball coach at UA-Little Rock. He had a 22-42 record in two seasons. 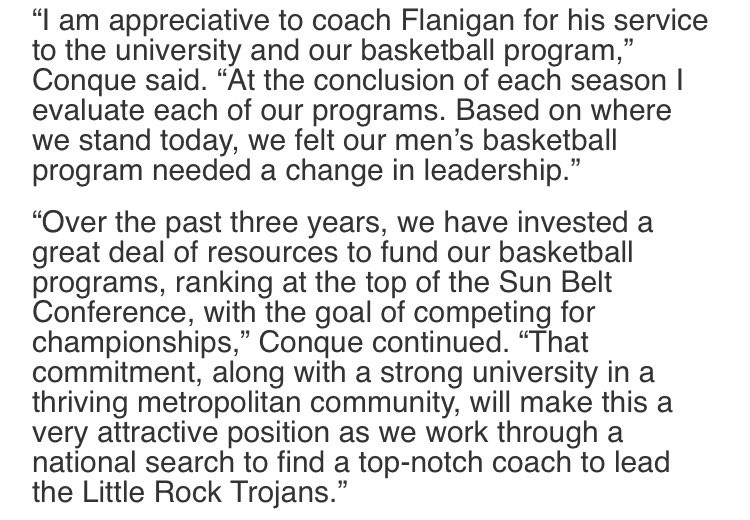 UPDATE: The buyout clause in his contract pays $125,000 per year for each of the two years remaining, payable over 24 months.