Jessi Turnure at KARK/Fox 16 reports that Henry Wilkins plans to resign as Jefferson County judge following allegations that he accepted bribes while a state legislator.

Wilkins had told he’s submitted a letter of resignation that takes effect Wednesday.

As yet, no comment from him on the statement in federal court last week by a prosecuting attorney that Wilkins, who has not been charged with a crime, told the FBI had taken $100,000 in bribes from lobbyist Rusty Cranford, who’s been indicated in an embezzlement scheme involving a major  provider of health care in the Medicaid program.

He told he intended to resign when his involvement came out in court and had that intention before the local newspaper called for him to resign in an editorial Sunday. His letter to the , provided by : 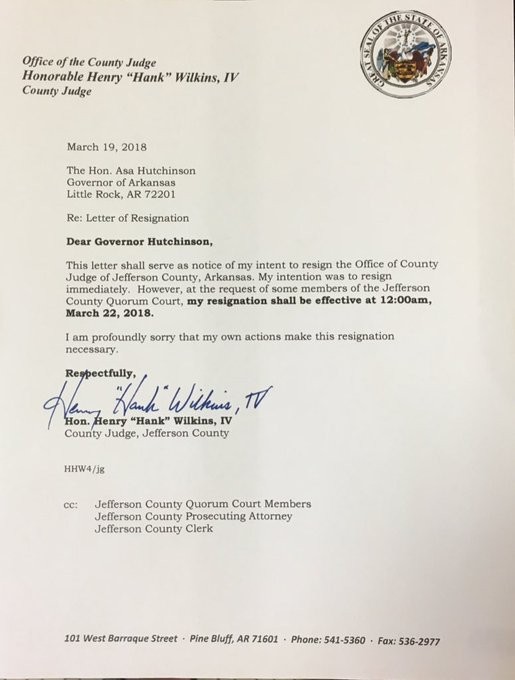