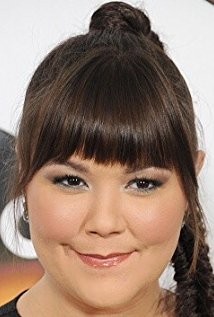 Hundreds of thousands of people across the U.S. today — the biggest crowd in Washington, but also in Little Rock and Bentonville and other Arkansas cities — in a demonstration to do something about gun violence.

The event is led by students from the Florida high school that the site of the latest mass school slaughter and it occurs on the 20th anniversary of one of the early school horrors. That was the day two children lay in ambush and killed five people and hurt 10 others at Westside Middle School near Jonesboro.

Mary Hollis Inboden, now an actor in California, was a 12-year-old student at Westside then and she writes powerfully today in the New York Times about that experience and her decision to join the march in Washington today. She writes of the loss of her best friend, Paige Herring, and about being in the group of people — their number still growing — whose memories are jogged with each new outbreak of violence and with each anniversary.

There’s one group who understands all of this: my classmates from the playground, my fellow survivors. We call ourselves the Westside Warriors. It’s with them, on our class Facebook page, that I feel least alone when new tragedies occur and where I can visit Paige in vivid color just as she was. I imagine that most alumni pages are saved for hilarious pictures of bad hair and weird jeans or used to swap stories about how crazy 10th-grade homecoming was. We don’t share stories like that. We share pictures of the classmates we lost. We talk about how hard it is to turn off the TV after the newest deadly event. We communicate to keep the memorial garden, our old school playground, manicured. We collect condolence gifts to send to the newest victims as if we’re the ambassadors of grief. It’s what was done for us. Most important, the Facebook page is our refuge every March.Every time another shooting occurs, I enter a near-catatonic state. It’s almost impossible to talk about with anyone who hasn’t experienced one, though. How do you bring that up on a third date after the shooting at Pulse or with your cubicle mate after the massacre at Newtown?

She writes that she was first upset by the March for Our because it would mix her own loss among many others. But she and a friend decided to march in memory and she thought others of the “Westside Warriors,” as the group calls itself, would agree.

That’s why my breath was taken away by a post to the Facebook group that denounced the march entirely. Some members were upset that the day was being taken from us, but many were even more upset about the agenda of the event. They thought it was purposely planned to drive a political point home, one that they did not agree with.

People posted that the organizers were “against all guns,” that they chose “our day of remembrance” for their political agenda. People talked about arming teachers, increasing security, running “lockdown drills.”

I understand that some people make an argument for preparedness over prevention, but it is an argument that I can’t accept. If my classmates think back to 1998, I imagine they’ll remember our teachers were white as sheets and frozen with fear. I personally had to shove a grown woman aside in order to dial 911 because she was in understandable shock. One teacher was able to pull a student to cover and safety, but that was the most she could do. She couldn’t have fought off our attackers and I don’t think it would have been right to ask her to. No person knows how he or she would react in a time like that, so the idea of arming teachers lends itself to a false sense of security.

Beyond my lack of confidence in the practicality of arming teachers as a solution, the discussion made me incredibly sad. It meant we accept this as our new norm. Westside was the beginning of an epidemic. It was jarring to find a group of survivors — my former classmates — as divided as our country. It felt like they were responding with jaded, grown-up brains instead of the honest, childhood hearts we had when we were younger.

I cannot accept that more guns will solve the issue of more shootings. Some of my classmates wrote that they “don’t want to be lumped into the gun debate,” but you cannot talk about a shooting without talking about guns.

There’s more at the link.