A lobbyist working on behalf of a Magnolia, Arkansas nonprofit that serves delinquent and at-risk youth steered tens of thousands of dollars to then-Sen. Henry “Hank” Wilkins IV (D-Pine Bluff) from 2010 to 2014 in exchange for favorable treatment, including state grants and multiple pieces of legislation, a federal plea agreement filed late Monday states.

That’s just one allegation among several in the federal information regarding Wilkins, who resigned his position as county judge in Jefferson County last month after details of the alleged kickback scheme became public during testimony in a separate federal case. Wilkins, who served in the Arkansas House and Senate from 1999 to 2015, pleaded guilty Monday in U.S. District Court to one count of conspiracy to commit honest services fraud and bribery.

Though the federal information is detailed, it’s short on names. Wilkins many alleged co-conspirators are identified only descriptively. Among them are “Entity F, an Arkansas non-profit corporation located in Magnolia, Arkansas, which was a provider of youth services to delinquent and at-risk youth.” The agreement identifies a “Person #3” who “served as the Director of Entity F and caused Entity F to make payments” to two lobbying firms that then made payments to St. James United Methodist Church in Pine Bluff, where Wilkins was a pastor.

South Arkansas Youth Services Inc. was a Magnolia-based nonprofit that has contracted with the Arkansas Division of Youth Services (an arm of the Department of Human Services) for years. It filed for bankruptcy earlier this year. Court filings in those proceedings, as well as statements by former SAYS employees, noted an FBI investigation concerning the agency.

The longtime director of SAYS was Jerry Walsh, who left the nonprofit last year before it filed for bankruptcy.

Two other key players in Wilkins plea are “Entity A” and “Person #1.” The former is “a Missouri-based nonprofit corporation that provided a variety of services to individuals in Missouri, Arkansas, Kansas, Oklahoma Illinois, including mental and behavioral health treatment and counseling, substance abuse treatment and counseling, employment assistance, aid to individuals with developmental disabilities, and medical services.” The plea says “Person #1” is “an employee of Entity A, serving as an executive overseeing Entity A’s operations in the state of Arkansas. Person #1 was also a registered lobbyist in the State of Arkansas and operated Lobbying Firms B, C D.”

One Missouri-based nonprofit providing the services named above (and operating in the states named above) has been in the news lately: Preferred Family Healthcare of Springfield, Missouri. Leaders of PFH have been implicated in a separate kickback scheme involving a criminal plea by another former Arkansas legislator, Eddie Cooper; its contracts with DHS have grown tremendously in recent years. (Cooper is also mentioned frequently in the Wilkins plea agreement.)

The PFH executive who oversaw operations in Arkansas during this period was Rusty Cranford, an Arkansas lobbyist who also listed South Arkansas Youth Services as a client. 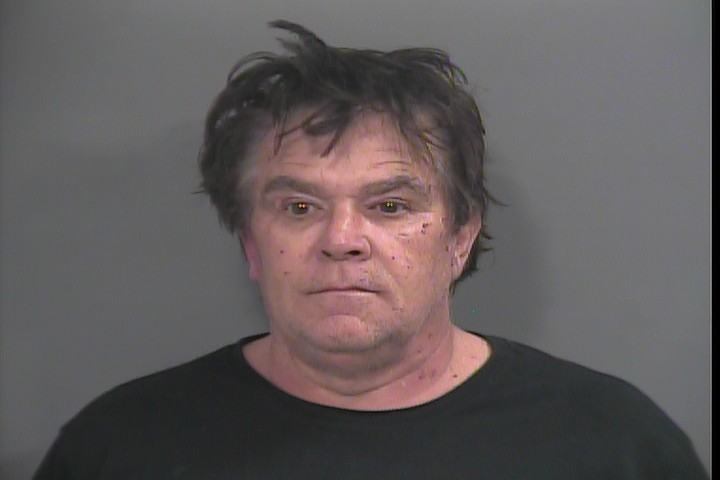 The plea agreement states that “Person #1 directed monies in the form of checks from Entity A, Lobbying Firm B, Lobbying Firm C and Lobbying Firm D that were deposited into Wilkins’ church discretionary account.” Wilkins was a signatory on that account, and the agreement includes a long list of individual payments made by check to St. James United Methodist Church by Entity A or the three lobbying firms. Person #1 also “on at least one occasion” gave “Wilkins approximately $5,000 in cash concealed in an envelope.”

Person #1 and Wilkins would often meet in person at or near the state Capitol, the plea agreement says. It notes that “from February 2013 to December 2013 alone, Person #1 contacted or attempted to contact, Wilkins by telephone approximately 344 times.”

Entity F, the Magnolia-based youth nonprofit, is among the lobbying clients of Person #1 listed in the plea agreement, as is the Arkansas Youth Services Providers Association. So was another youth services nonprofit based in Pine Bluff, identified here as “Entity E.”

Person #1 worked hard to get results for his clients in the Arkansas legislature. The information states that his lobbying firms:

The document then goes through a blow-by-blow accounting of how would be proposed and vetted to meet the needs of Person #1’s clients. It recounts an email on August 9, 2012 from a legislative staffer to Wilkins which “advised that he/she had a ‘lengthy conversation with [Person #1]’ about the issues youth services providers are having with DYS and ‘as a result of my conversation with [Person #1], and the conversation we [meaning he/she and WILKINS] had on Tuesday, I have prepared the attached bill draft.'”

“Attached to this email was draft legislation that would later be filed as HB 1328. …  Wilkins forwarded the draft bill to Person #1, who then forwarded it on to Person #3 at Entity F,” the information states.

The 2013 regular legislative session began in January, and on Feb. 13, Wilkins filed HB 1328, entitled “An Act to require DYS to appear before the legislature for any changes to Youth Provider contracts.” It attracted a large number of co-sponsors (the lead Senate sponsor was Democratic Sen. Linda Chesterfield of Little Rock) and passed with near-unanimous support in both chambers, becoming Act 321 on March 11. (Here’s the bill page for the legislation from 2013.)

The federal information sums up the alleged scheme as follows:

But that’s not all. The document also details at least two other pieces of Wilkins-sponsored legislation in 2013 that were allegedly useful to the interests of Entity F. It identifies another legislator of interest, named only as “Senator A,” who corresponded with Person #1 in detail about the contents of legislation helpful to the youth services provider nonprofits. It describes General Improvement Fund money being used to pay grants to Entity F, Entity E and Entity A. It says Wilkins used the church discretionary fund to write himself over $7,000 in checks and pay approximately $10,600 toward the balances on several Discover cards in his name.