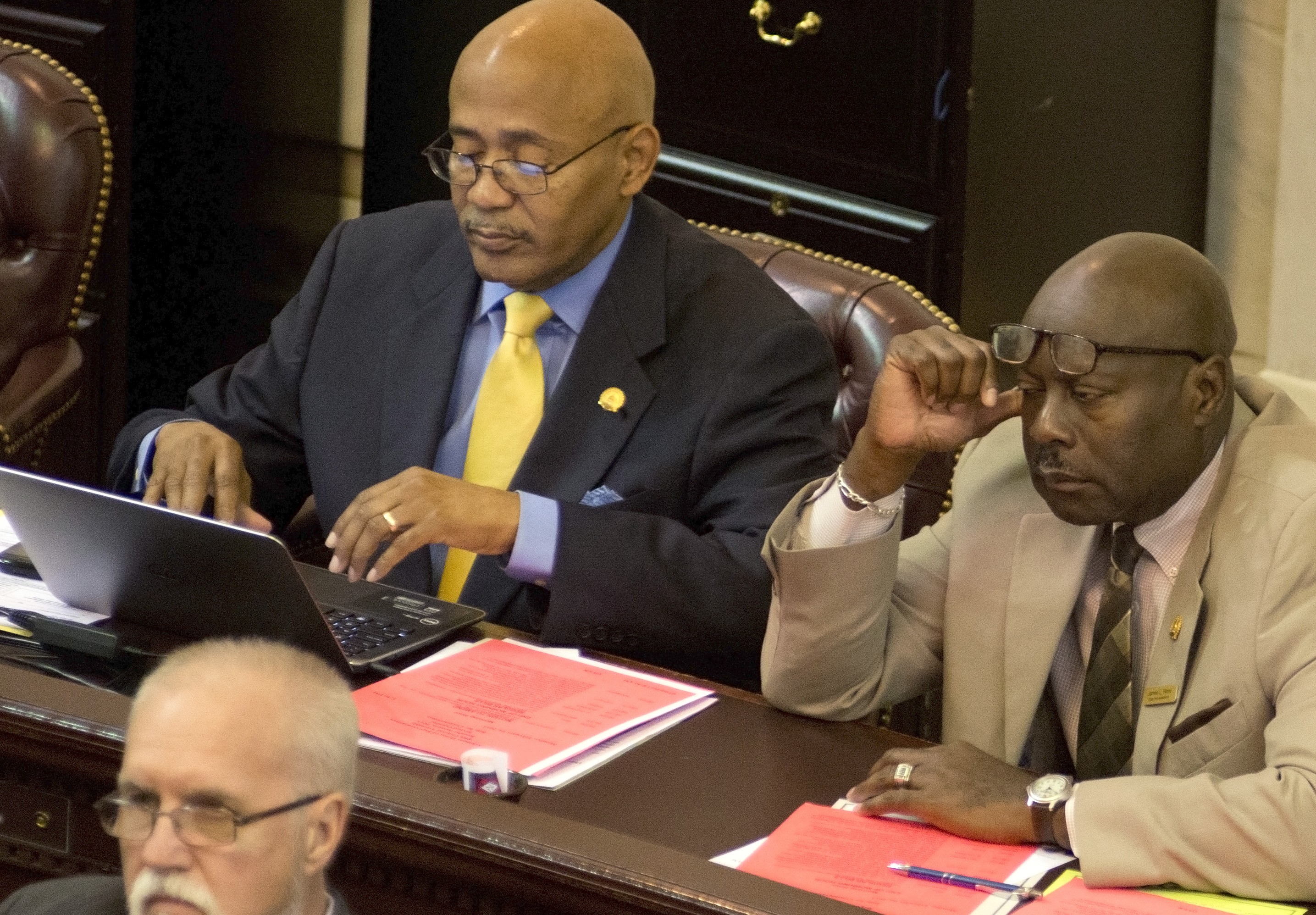 The federal plea agreement of former Sen. Henry “Hank” Wilkins IV (D-Pine Bluff) filed yesterday in U.S. district court describes an alleged bribery scheme involving multiple unnamed individuals and entities. Two of those fit the descriptions of indicted lobbyist Rusty Cranford and his former employer, Preferred Family Healthcare, a Missouri-based nonprofit that contracts with the state Department of Human Services to provide behavioral health and other services around the state. Cranford matches the description of “Person #1” and PFH matches the description of “Entity A” in the plea agreement. Both PFH and Cranford have figured in multiple alleged kickback schemes.

Though not charged with a crime nor directly implicated in the conspiracy, the Wilkins plea agreement also describes a “Senator A,” who prosecutors say corresponded closely with Wilkins and a lobbyist in 2013 about several bills that Wilkins sponsored. Sen. Jeremy Hutchinson (R-Little Rock) matches the description of “Senator A” provided on page 5 of the federal information:

The Arkansas General Assembly website lists the previous public service portfolios of all 32 sitting senators. (There are 35 seats in the chamber, but three are vacant pending upcoming special elections.) The only senator who served in the Senate from 2011 to present and the House from 2000 until 2007 appears to be Hutchinson.

The senator, who is retiring from the legislature at the end of his term this year, is the nephew of Governor Hutchinson. Sen. Hutchinson also happens to be the divorce attorney for Rusty Cranford. Multiple attempts to reach Sen. Hutchinson by phone and email Tuesday were unsuccessful.

Wilkins resigned his position as county judge in Jefferson County last month after details of the alleged kickback scheme became public during testimony in a separate federal case involving Cranford. Wilkins, who served in the Arkansas House and Senate from 1999 to 2015, pleaded guilty Monday to one count of conspiracy to commit honest services fraud and bribery. Allegedly, Person #1 (who is likely Cranford) directed over $80,000 in payments to the discretionary account of St. James United Methodist Church in Pine Bluff, where Wilkins was a pastor with control over that account, in exchange for official actions by Wilkins. Those actions included sponsoring bills favorable to Person #1’s lobbying clients and Entity A (which is likely Preferred Family Healthcare, where Cranford was an executive).

Again, Senator A has not been accused of any crime described in the Wilkins information. Unlike Person #1 and others, the senator is nowhere mentioned in the government’s description of the “overt acts in furtherance of the conspiracy” alleged to have occurred in Wilkins’ plea.

Still, his inclusion in the details of the plea agreement is significant, because the email exchanges between Wilkins and Person #1 are prosecutors’ attempt to show Person #1 directly shaped the content of certain legislation that Wilkins sponsored. Senator A appears to have been an active participant in those correspondences, and he co-sponsored one of the three bills.

Staff with the Bureau of Legislative Research — the legislative agency that drafts bills — emailed all three men about House Bill 2227 of 2013, a bill that concerned early intervention day treatment for children. Federal prosecutors say the bill was useful to Entity A (likely Preferred Family Healthcare). From page 12 of the information:

35. On or about February 13, 2013, an employee of BLR emailed Person #1 with copy to Senator A and Wilkins stating, “[Person #1], [a]ttached are the shell bills you requested on behalf of [Senator A] and [Wilkins]. They have NOT been run for introduction yet. Once hear from the member’s [sic], they will be run.” Shell bill is a term that commonly refers to a bill that is very general in nature and intended to be amended at a later time with more specific language but filed because of certain legislative deadlines.

HB 2227 of 2013 ended up being co-sponsored by then-Rep. Wilkins and Sen. Hutchinson. It was evidently uncontroversial legislation. The bill passed the House with 92  and eight members not voting; it passed the Senate with 34  and one member not voting.

Wilkins also sponsored legislation favorable to a lobbyist client of Person #1 that fits the description of South Arkansas Youth Services of Magnolia, a now-defunct nonprofit serving delinquent youth that also contracted with DHS (specifically, the department’s Division of Youth Services, or DYS). The nonprofit is described in the information as “Entity F.” House Bill 1328, which later became Act 321 of 2013, required DYS to appear before legislative committees prior to changing youth service provider contracts.

An email sent January 19, from Person #1 (again, likely Cranford) to Senator A asks the senator to co-sponsor the legislation, which Person #1 says would “bring DYS before the legislature before they can make any changes to providers [sic] contract and services.” There’s no mention of Senator A’s response to that request. Hutchinson was one co-sponsor of the resulting legislation, but so were several dozen other members. The lead Senate co-sponsor was Sen. Linda Chesterfield (D-Little Rock). HB 1328 also passed both chambers with near-unanimous support.

Chesterfield (along with Wilkins) was also the co-sponsor of HB 2209, which aimed to put an end to a scoring system DHS used for behavioral health providers. Preferred Family Healthcare was one such provider. The Wilkins plea agreement contains an email from Person #1 to “representatives of Entity A” referring to a compromise that DHS had proposed in exchange for its sponsors pulling the legislation.

“After we pass this [sic] has [ed] for a meeting with Senator Wilkins and [Senator A] and all of us for a tradeoff not to run the bill in the Senate,” Person #1 wrote. (DHS is the agency that administers the state’s Medicaid program.) HB 2209 passed the House but was allowed to die in a Senate committee without coming up for a floor vote.

The plea agreement makes no mention of a legislator who fits Chesterfield’s description. Chesterfield could not be reached by phone or email on Tuesday.