GOVERNOR: Republican incumbent Gov. Asa Hutchinson is running ahead of Jan Morgan, 76-23. One outlet reported was claiming she’d at least have a moral victory tonight by starting a “movement.” A small one,

Democratic newcomer Jared Henderson is ahead of Leticia Sanders, 63-36. Media were declaring Henderson the statewide winner by 8 p.m.

2ND DISTRICT CONGRESS, DEMOCRATIC PRIMARY: State Rep. Clarke Tucker leads a four-way race against Paul Spencer, Gwen Combs and Jonathan Dunkley with 58 percent of the vote, enough to avoid a runoff. Repubs are still bleating Tucker is the DCCC candidate. They apparently have a lot of fellow travelers in Central Arkansas. Maybe this battle for the soul of the party was a little oversold?

ARKANSAS SUPREME COURT: Justice Courtney Goodson, the primary target of more than $1 million in dark money spending, is facing Court of Appeals Judge Kenneth Hixson and David Sterling, essentially a declared Republican in a nominally nonpartisan race who flouted judicial ethics rules by referring voters to statements he’d made as a partisan candidate for attorney general 2016 should they have any doubt where he stands on issues. Judicial ethics has become an oxymoron in Arkansas. This is a race where results could differ substantially by county. If Pulaski is a guide, there will be a runoff: Early county: Goodson 34%, Hixson, 33, and Sterling, 31. All the negative ads didn’t buy the race for Sterling her. 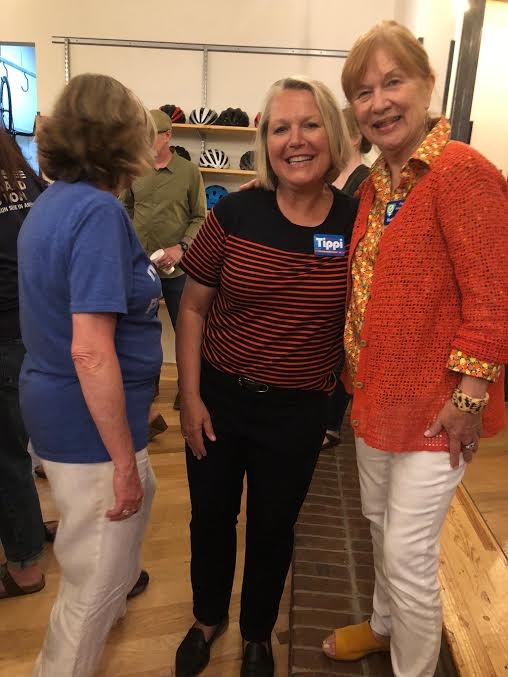 All the Pulaski results here. For folks in Hillcrest, the race for Rep. Warwick Sabin’s House between Tippi McCullough and Ross Noland shows McCullough in the lead 55-44.

PS: The Democratic Party lost in both circuit court and a late emergency appeal to the Supreme Court to get extra hours of voting in Lonoke County where no Democratic ballots were provided for three hours in an England polling place. a few disenfranchised Democratic voters to the Republican Party of Lonoke County or the courts of Arkansas?