A long-simmering dispute over the drug court in Pulaski circuit court burst into the open this morning in an Arkansas Democrat-Gazette report on an effort by other judges to work around the problem in Judge Mary McGowan’s court.

Pulaski Prosecutor Larry Jegley hasn’t sent a new defendant to the drug court overseen by McGowan for 14 months. He expressed several criticisms of McGowan’s handling of the court, including abusive treatment of his staff and others. She disputed his criticism.

Other judges, in drawing up a case assignment plan, came up with a that Jegley says is unacceptable to him. It’s to allow McGowan to continue to preside in her last 2.5 years on the bench before retirement on her declining number of drug cases and assign new cases to Judge Patti James. Jegley said he can’t staff two drug courts. The state Supreme Court is the final arbiter on court assignment plans.

Here’s one additional element of this 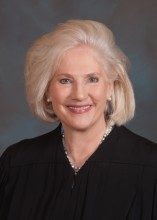 y, according to multiple sources: The Arkansas Judicial Discipline and Disability Commission has an ongoing investigation of McGowan for her demeanor in drug court cases.  David Sachar, executive director of the commission, said: “JDDC Rule 7 does not allow me to confirm or deny the existence of a judicial complaint. If any public information is available in the future I will be glad to provide it. Thank you.”

The agency reprimanded her in 2008 for failure to rule promptly and for “lapses in demeanor” on the bench – specifically that she had not been “patient and courteous” to lawyers and litigants.

This dispute on case assignments has another potential complication: In 2017, the Supreme Court split 4-3 and rejected the initial assignment plan submitted by the Pulaski Circuit judges. It was something of a mystery at the time. The division of criminal cases and the status of Judge Wendell ordered off capital cases by the Supreme Court, were among the factors at work.