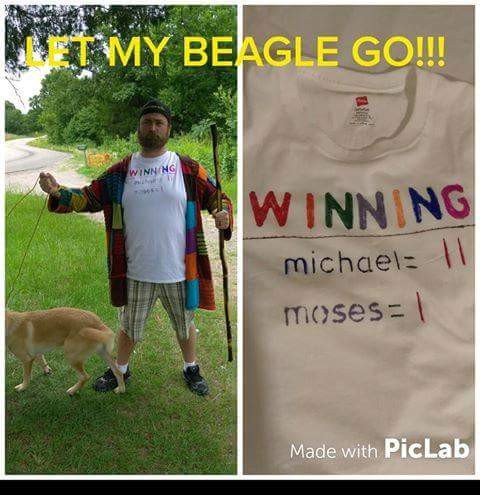 I thought I’d share a photo message sent Friday to the Arkansas Times Facebook page by Michael T. Reed, now back home in Alma following State Hospital treatment ordered after he knocked down the 10 Commandments monument at the Capitol. He’d earlier done the same in Oklahoma, which I think explains “Michael = 2.” His message reminded me of another idea I had about Sen. Jason Rapert’s slab of granite at the Capitol.

You’ve perhaps seen or heard about the artists who project messages onto Donald Trump’s hotel in Washington. Above is one of the kinder ones. One night, after Trump derogated various countries, the word “Shithole” was projected above an arrow pointing to the front door.

That got me to thinking about the Keep Families Together demonstrator who put a cloth covering over Rapert’s slab with one of Jesus’ great commandments in large typeface: Love thy neighbor. Rapert went nuts, proclaiming the temporary display of the words of Jesus a defacement of his religious monument. That was absurd, of course.

But what if somebody grabbed a projector, got together with some sharp wits, and projected varying messages nightly on the slab. A Facebook page could memorialize the light shows.

The First Amendment would be the obvious first choice. The Bible is also a good place for material, given the number of injunctions there frequently violated by the mean-spirited crowd now in charge. A warning about the Lowe’s parking lot in Conway might also be in order. 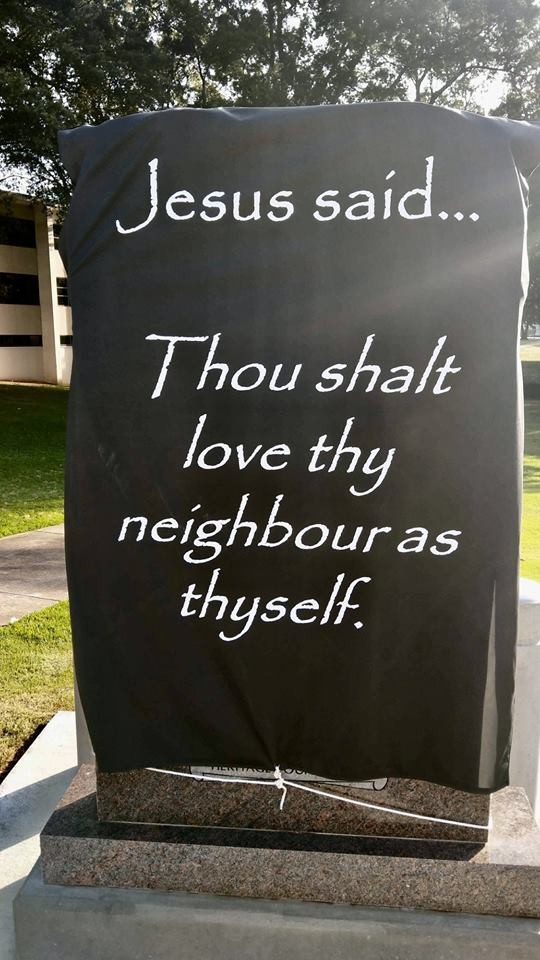