Lost in the coverage of Donald Trump’s taking sides with Russia against the United States was another indictment: A woman charged with being a covert Russian agent. Maria Butina worked particularly with the NRA and, the indictment indicates, worked with Americans to develop back channels into the Republican campaign in 2016.

But this Twitter post from Shannon Watts of Moms Demand, the gun safety group, is just remarkable. It’s an assembly of photos of Butina with NRA and Republican politicians and her in attendance at NRA conventions and a prayer breakfasts where the people she wanted to cultivate might congregate. I’ve shown just a couple here. 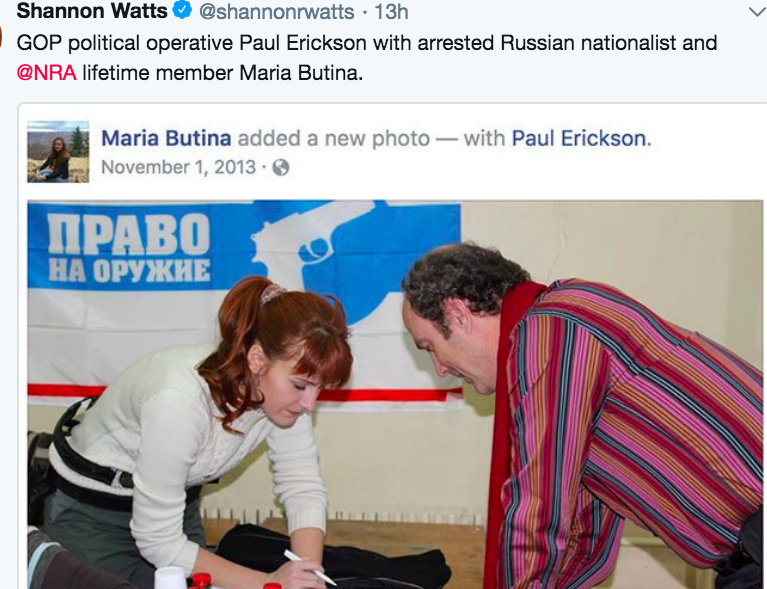