Michael Wickline of the Arkansas Democrat-Gazette reports that Gov. Asa Hutchinson has finally mustered the appropriate words about tax deadbeat Mickey Gates, a Republican state representative from Hot Springs: He should resign.

Political pressure undoubtedly brought him around.

Gates was charged with six felony failure to file state taxes charges June 28, but Hutchinson and many other, but not all, Republicans have resisted a public call for resignation. Doyle Webb, chairman of the Republican Party, is still notably silent despite having flapped his jaws many times about miscreant Democrats.

Hutchinson tried to say he hadn’t reversed course because he’d once said someone charged in a felony indictment should resign. That was a statement uttered about the burgeoning federal corruption probe in which his nephew, Sen. Tim Hutchinson, has been identified as a participant, but as yet uncharged.

I asked Hutchinson almost three weeks ago for comment on Gates. Silence. Challenged directly on Gates June 29, Hutchinson responded on Twitter to John Brummett with a comment about “due process.” 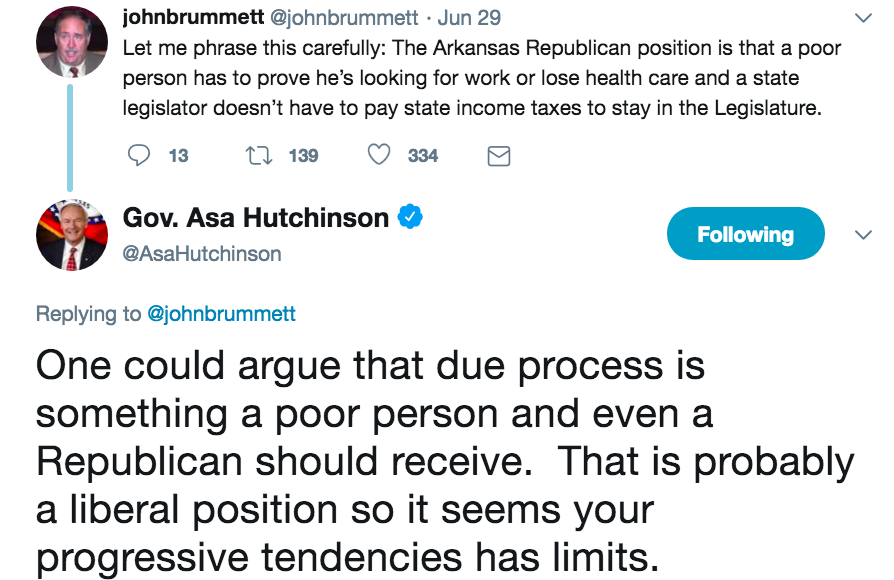 The problem with Gates from the start was not one of guilt or innocence or due process. Here was a guy who had not paid state taxes for 15 years, who has persistently failed to pay withholding and other taxes the state and who even in the last legislature tried to reduce the repercussions on deadbeats like himself. He may be innocent of the state charges someday, but he is unfit to serve

The Democratic Party has been putting up an unrelenting stream of criticism of the Republican Party for comforting the deadbeat gates. It had to have had an effect on Hutchinson, who faces opposition from Jared Henderson in November.

It’s the 16th, so yet another government payday passes for Rep. Mickey Gates.

Leaders across party lines have called for Gates’ resignation after he failed to file 15 years of state income taxes, but our governor remains silent.

No word if Mike Huckabee is still on board. 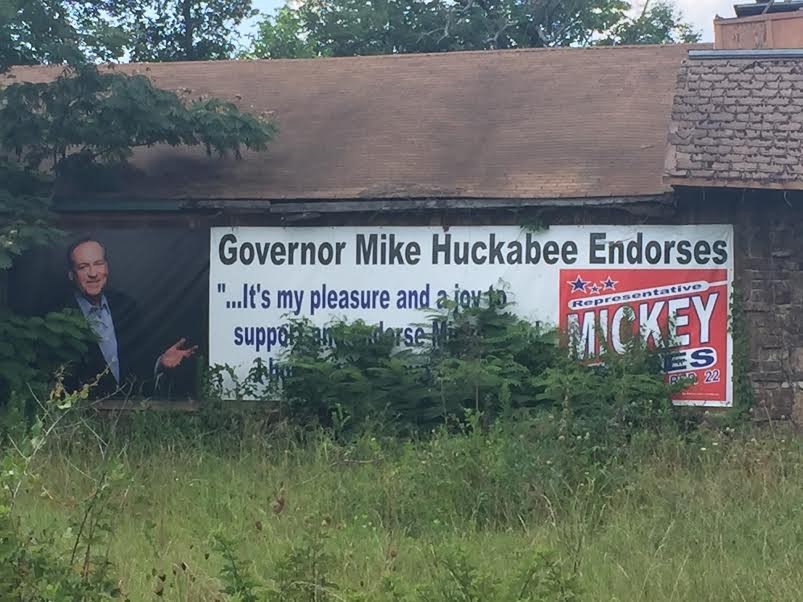