Since Gov. Asa Hutchinson seems to be pinning a lot of his campaign on the robust Arkansas economy he’s created, it’s worth noting this from the Arkansas Economist on GDP growth in Arkansas.

State-level GDP data for the first quarter of 2018 showed zero growth in Arkansas, placing the state 49th among the 50 states (North Dakota experienced a decline of 0.6%). The comparable value for U.S. GDP growth in Q1 was 1.8%.

Over the past four quarters Arkansas GDP expanded by 0.7%, well-below the U.S. average of 2.6%. As shown in the figure below, Arkansas growth rate has lagged the nation since at least 2014. From the beginning of 2014 through 2018:Q1, the growth rates of Arkansas and the U.S. have averaged 1.0% and 2.4%, respectively.

“Lagged since 2014” That’s when Asa was elected. And since then, the states economic development director has been bonused lavishly for his job creation (well, promised job creation. That Chinese miracle hasn’t exactly taken shape yet, despite lots of 1st Class travel to Asia by Michael Preston.)

It’s true that unemployment remains low. Whether it is full-time, well-compensated employment is another matter. And the problems aren’t limited to Arkansas. Despite braying about Trump tax cuts by the likes of U.S. Rep. French Hill, the millionaire Republican banker from Little Rock, Jared Bernstein of the Center for Budget points out that real wages for the middle class have been flat for two years. 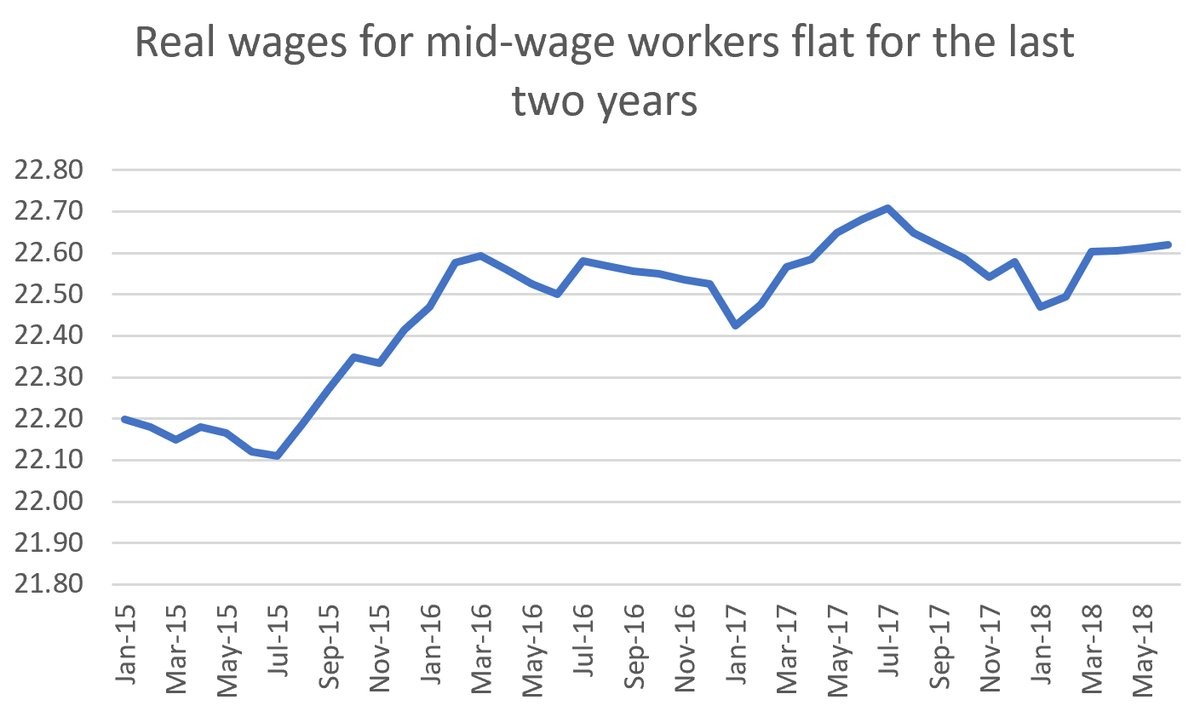 On the general topic: I just read that the budget deficit when Paul Ryan became House speaker at the end of fiscal 2015 was $439 billion. Trump deficit prediction for this year $890 billion. Next year, $1.085 billion. Had enough conservative policy yet?