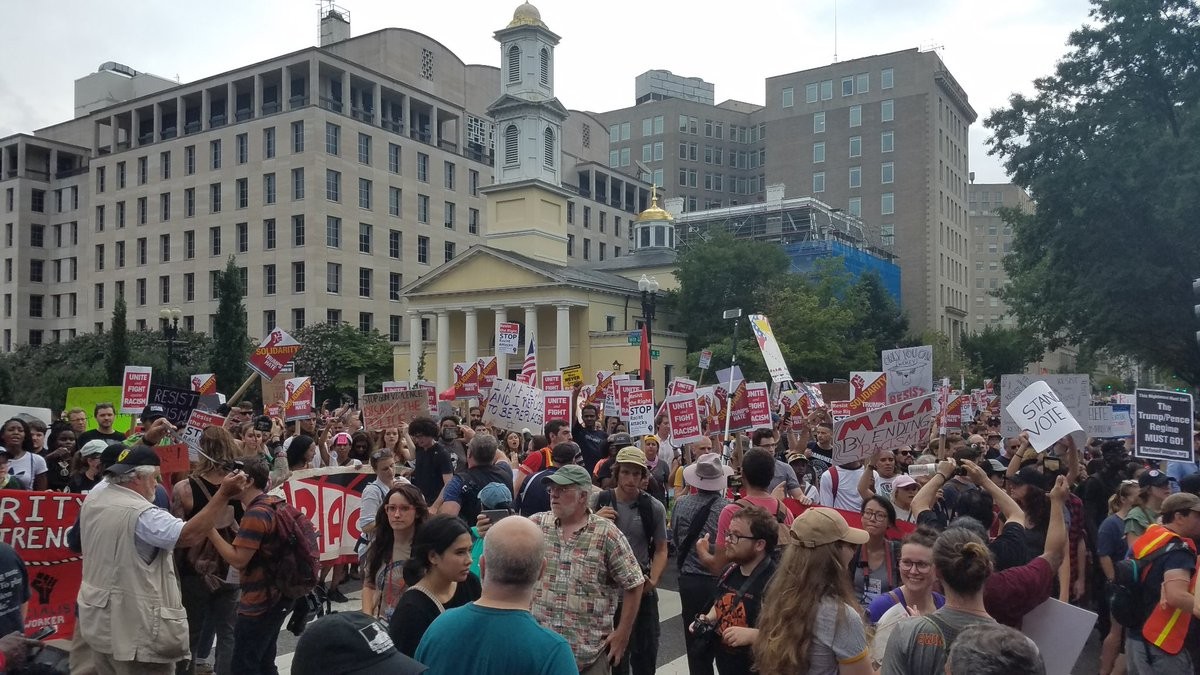 If you’re counting, the one-year anniversary of the white supremacist conflagration in Charlottesville seems to indicate that the arc of the moral universe is bending toward justice today. But the day isn’t over. Nor is the struggle on which King based that famous quote.

Big crowds of anti-white supremacists gathered in Charlottesville last night. The promised white supremacist march in Washington today drew perhaps two dozen bigots, with hordes of counter-protesters on hand. Donald Trump again equivocated with his statement against all forms of racism. Did he mean to suggest it is racist to repudiate white supremacists? I think he did.

Perhaps the Nazi protest is down this year because Russians have backed away.  You heard that right. A Republican congressman now says Russians agitated for the racial division at Charlottesville last year. Very fine people on that side, as has said.

And finally on the racial front: Go see the just-released Spike Lee’s “BlacKkKlansman,” based on the true story of the black Colorado cop who infiltrated the KKK, up to David Duke. Relevant? Duke was at Charlottesville and still pressing an agenda invigorated by Trump. The movie is laced with humor and horror but has a monumentally powerful close based on current events. Stunned silence and tears are appropriate responses.
And speaking of the B 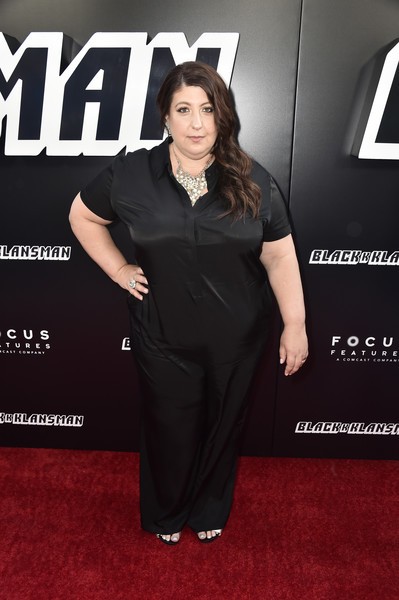 lack Klansman, don’t miss Little Rock native and former Arkansas Times intern Ashlie Atkinson in an important supporting role as the wife of a Klansman. prominently in the dramatic film climax. On her Facebook yesterday she provided some historical perspective on women of the Klan.