The latest numbers from the Department of Human Services show more people did not meet the reporting requirement on work hours in July to meet Medicaid eligibility standards.

After three months of incomplete reporting, a person otherwise qualified for Medicaid will lose it for the remainder of the calendar year. We have no way of knowing if those failing to report aren’t working or simply couldn’t master the required computerized reporting.

The work rule is a product of a Republican legislature and governor who think it’s good for someone to be forced to work for Medicaid. The federal law doesn’t specifically allow that, however.  A lawsuit was filed in Washington today asserting that federal officials had illegally allowed Arkansas to add that requirement for health coverage without an act of Congress.

Republicans do want to reduce Medicaid spending and throwing tens of thousands off the program (more than 60,000 have been dropped in 18 months, with no work rule casualties yet tallied.) 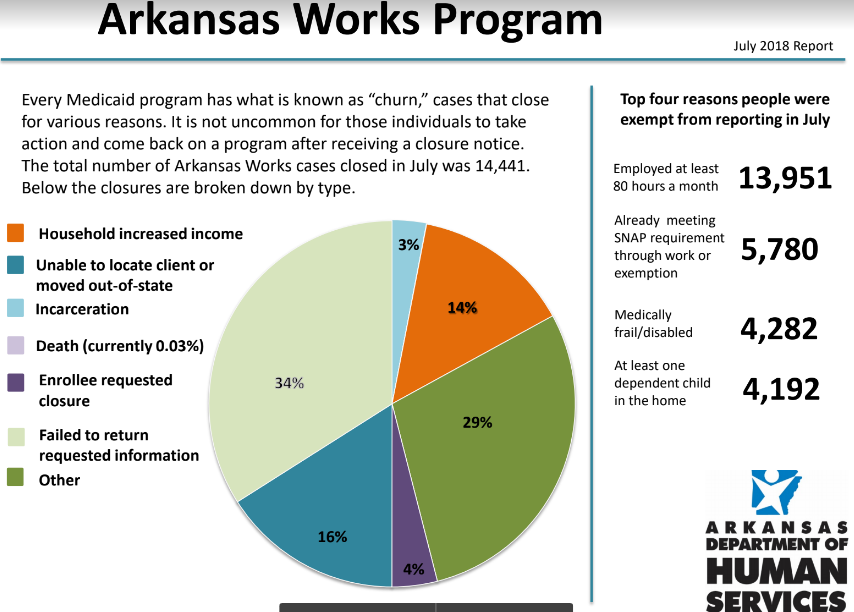