All publicity is good publicity, right? So it’s all good for Satan in Arkansas this week.

The Satanic Temple is bringing its Baphomet statue to the Arkansas Capitol tomorrow as it pursues its objection to be a spot on the Capitol lawn while Sen. Jason Rapert’s 10 Commandments monument is allowed a spot, at least until a federal judge decides its unconstitutional establishment of religion.

Not to be outdone, enemies of Satan gathered outside the Capitol today to fight the devil, a couple dozen waving signs. 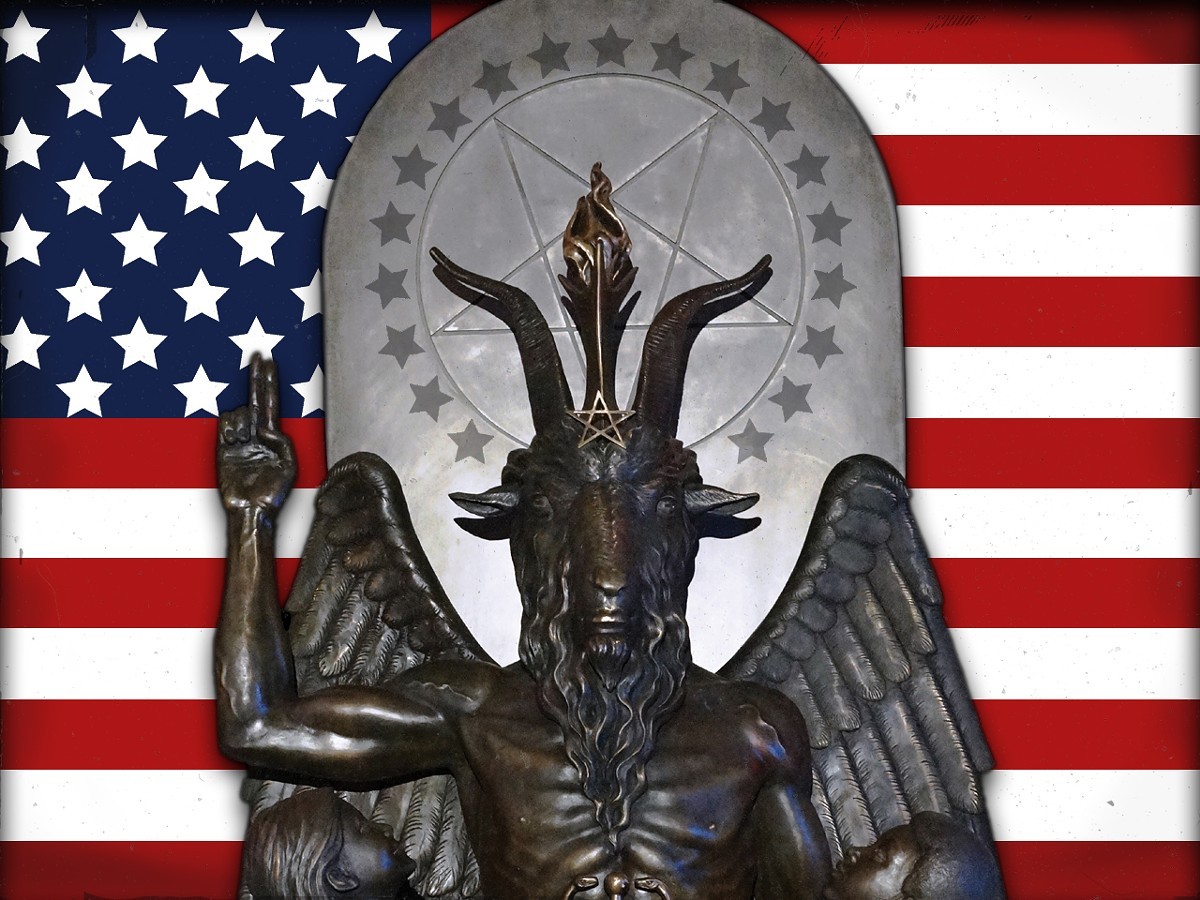 By the way: In case you missed it, the Bully of Bigelow was highly offended by a guest column in the Times by the leader of the Satanic Temple.

It is an assault on the state of Arkansas, the rule of law and the #TenCommandments itself. It is fitting the @ArkTimes is carrying the message for a man using a fake name, spinning lies & attacking the values of Arkansas people – they do that most every single day. #arpx #arkleg https://t.co/kwPhiOzYYs

A guest column by Lucien Greaves: "We must not allow state Sen. Jason Rapert (R-Conway) to frame the lawsuits generated against his placement of a Ten Commandments monument on the state Capitol grounds as an assault upon Christianity itself…" https://t.co/gXVT2XduYr

Everybody is getting excited for our rally tomorrow in Little Rock! pic.twitter.com/dxnxqkcz6Q