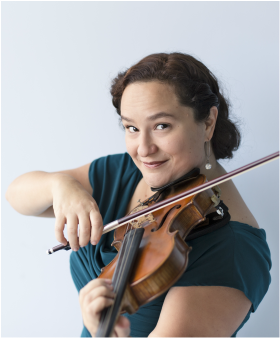 Here’s a new voice writing about the damage being done to Arkansas education by the charter school movement and the Hutchinson administration’s waiver of school standards.

The writer is Elizabeth Lyon-Ballay of Bella Vista,  former orchestra teacher at Arkansas Arts Academy and long-time concertmaster of the Fort Smith Symphony.

One, “The Lawless Aftermath of Act 1240,” delves into the law that allows waivers from education requirements for charter schools (the most popular being teacher licensure). Also, PAY ATTENTION, the law was expanded in 2015 to allow any real school district from which charter school students are drawn to apply for the same waivers. Given statewide enrollment in “virtual” charter schools, this covers most school districts.

Since that law, and with former Republican Sen. Johnny Key,  Hutchinson appointee, at the helm of the Education Department, requests for waivers have exploded. She observes:

When an Arkansas charter school applies for a waiver, it must submit a request to the ADE Charter Authorization Panel. The school gives a reason for their request, but is not required to provide documentation or an alternate plan. No matter how flimsy the rationale behind a waiver request, if the ADE approves it, the waiver goes into effect — for a period up to 20 years. There is no process to appeal, modify, or rescind a waiver once it has been granted.

Most popular waivers, according to research at the University of Arkansas’s charter school -promotion unit (and if you can’t trust Walton-backed researches, who can you trust?):

To date, the Arkansas Department of Education has waived 272 different laws, standards, and ADE rules. Arkansans did not vote to waive these laws, nor did we vote to elect the members of the Arkansas Department of Education who made these decisions for us. In the absence of democratic governance and oversight, Arkansas schools are hiring unqualified teachers without a public disclosure requirement, undermining labor standards for teachers, contributing to school re-segregation, and defrauding the public.

The next article gets political by examining  Gov. Asa Hutchinson’s vow to increase minimum teacher pay, a proposal for which he’s yet to provide a payment plan. Democrat Jared Henderson has said he’d increase minimum pay more over time and do it by forgoing tax cuts for the rich.

If you’ve been reading, you know that charter schools may request waivers from the teacher pay law and 83 percent of them do. But remember also that the law now allows regular school districts to seek waivers, too.

Since 2015, when Johnny Key became education commissioner on the recommendation of newly-elected Governor Hutchinson, the ADE has waived 18 laws related to educator employment. The Teacher Compensation Program of 2003 (which establishes minimum teacher salary and requires school districts to implement compensation schedules incorporating increases based on education and experience) has been waived nine times in the past three years, establishing a precedent for many more districts to apply for the same waiver in the near future.

Concurrently, the ADE has waived teachers’ rights to Minimum Sick Leave, Planning Periods, Duty-Free Lunches, Class Size and Teaching Load considerations, the Teacher Fair Dismissal Act, the Public School Employee Fair Hearing Act, and the limitation of 60 minutes per week on required Non-Instructional Duties (“supervision of students before or after the instructional day begins or ends for students or for the supervision of students during breakfasts, lunches, recesses, or scheduled breaks.”)

Alarmingly, the ADE has even waived the Additional Days Rule, intended to guarantee additional pay for teachers who are required to work more days than stipulated by the school calendar. Schools who receive this waiver may require teachers to work an unlimited number of days per year, at a salary originally intended to pay for only 190 days of work. A teacher with a base salary of $32,000 for 190 days who is required to work 20 additional days without additional pay (coaching a competitive team on the weekends or running a camp during vacation, for example) would be earning a daily rate of $152.38 instead of their original daily rate of $168.42 — a salary reduction of 10%.

Arkansas suffers from a teacher shortage. There are not enough qualified teachers to fill open positions. Even after lowering the standards for teacher qualification, Arkansas cannot find enough willing candidates to become teachers. Governor Hutchinson acknowledges this when he makes his campaign promises about increasing teacher pay. However, Hutchinson’s actions in office tell a different story about his attitude toward Arkansas teachers.The employment-related law most frequently waived by the ADE since Governor Hutchinson and Commissioner Key took office is entitled Teachers’ Salary Fund. This law limits how schools may spend the money in their Teachers’ Salary Funds to four categories: teacher salaries, dues to professional organizations, teacher retirement, and teacher employment benefits. With the 340 new waivers from this law, schools still collect the money intended for teachers, but may now spend it on other things.