Michael Wickline of the Arkansas Democrat-Gazette expanded substantially today on the heavy-handed response when the University of Arkansas didn’t hire a legislator-preferred candidate to head the Arkansas Leadership Academy that works with school leaders.

I had reported earlier that Rep. Jon Eubanks of Paris had belatedly fessed up to putting a hold on a raft of UA spending requests because UA hired the Huntsville school superintendent instead of a candidate preferred by him and other bigshot Republicans. Rep. Jeff Wardlaw did the budget pressure dirty work and initially refused to tell me or Wickline who he was working for.

The candidate lawmakers such as Eubanks and Speaker Jeremy Gillam wanted was Education Department administrator Tina Smith, whose resume includes time as a teacher in Ozark and a stint with the Walton-financed Arkansas Public School Research Center. 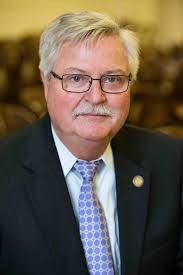 One key to this puzzle can be found in past reporting touched on today: It is former legislator Bill Gossage, now a top staffer for Gov. Asa Hutchinson, and his promotion of almost $13 million in no-bid consulting work for Solution Tree, the latest in methods for school improvements, or so advocates believe, particularly those who’ve junketed with them. Gossage is a former Ozark assistant superintendent, by the way. Which is funny because if you believe Eubanks and Gillam, the problem here is hiring superintendents in the belief they can improve education.

those who believe in Solution Tree are more trustworthy. Asa’s Education boss, Johnny Key (the uncredentialed leader plucked from GOP legislative ranks) cited Smith’s work for Solution Tree as a plus.

Wickline provides evidence that legislative pressure forced out David Cook as head of the UA unit.  So you can see why they got out of sorts when their pick to replace him got passed over.

This is no way to run a university. To run a swamp? Absolutely.