UA-Little Rock held a reception for contributors last night to see the restored mural by social realist painter Joe Jones, the culmination of a 33-year story that Leslie Newell Peacock recounted in the Times seven years ago. The treasure will be on permanent display, perhaps by January, in UA-Little Rock’s new space on Clinton Avenue in the Central Arkansas Library System’s new building.

Bobby Roberts, then a UALR archivist and later CALS director, rescued the mural, painted for the Commonwealth College in Mena in 1935, from a Fort Smith house in 1984. It had been used to build a closet and was in dire shape. A St. Louis museum restored a portion of it for a 2009 exhibit of the work of Jones, a Missourian consumed by social justice issues. It was installed on the walls of the college’s dining room. The college itself is a story, founded to train workers to lead social reform. It didn’t last long, though its students included Orval Faubus. Others pitched in to save the work, notably then-Sen. Mark Pryor and his parents, former Sen. David and Barbara Pryor, who were among those on hand last night to hear gallery director Brad Cushman retell the story of the mural’s creation and its salvage. More grants came for restoration and now it is done, evocative scenes in color of a lynching, coal miners and a sharecropper’s home.

It’s magnificent. One unrestored panel is part of the exhibit, to give you an idea of the work done in nine years of restoration. A few pieces were lost, but the remnant is large and powerful. It stretches 44 feet, with spaces for the windows it was painted around and is about eight feet high. 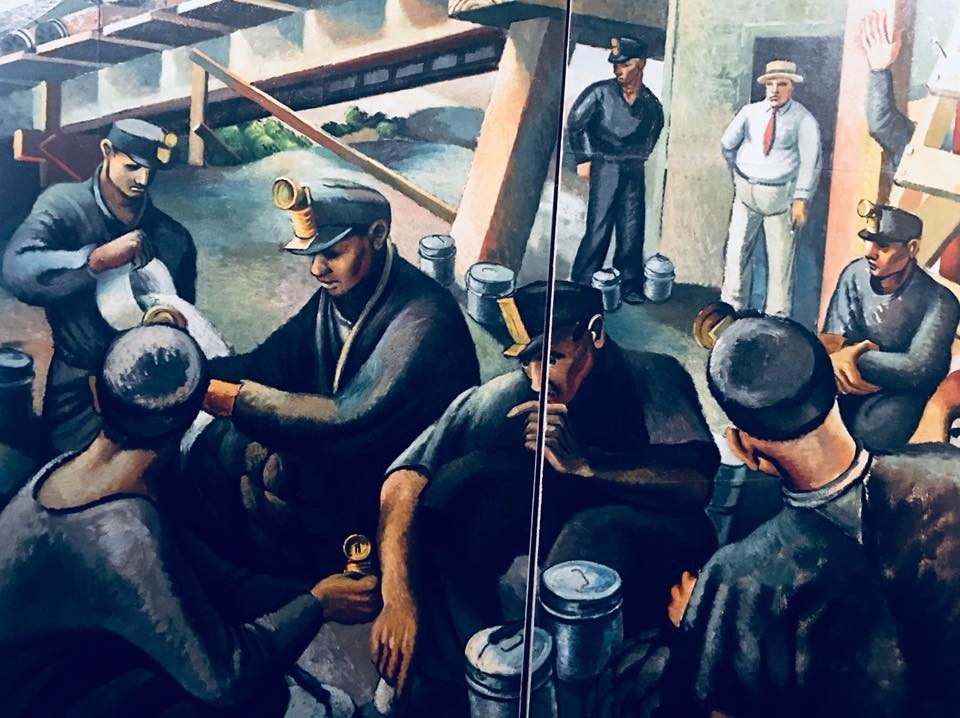 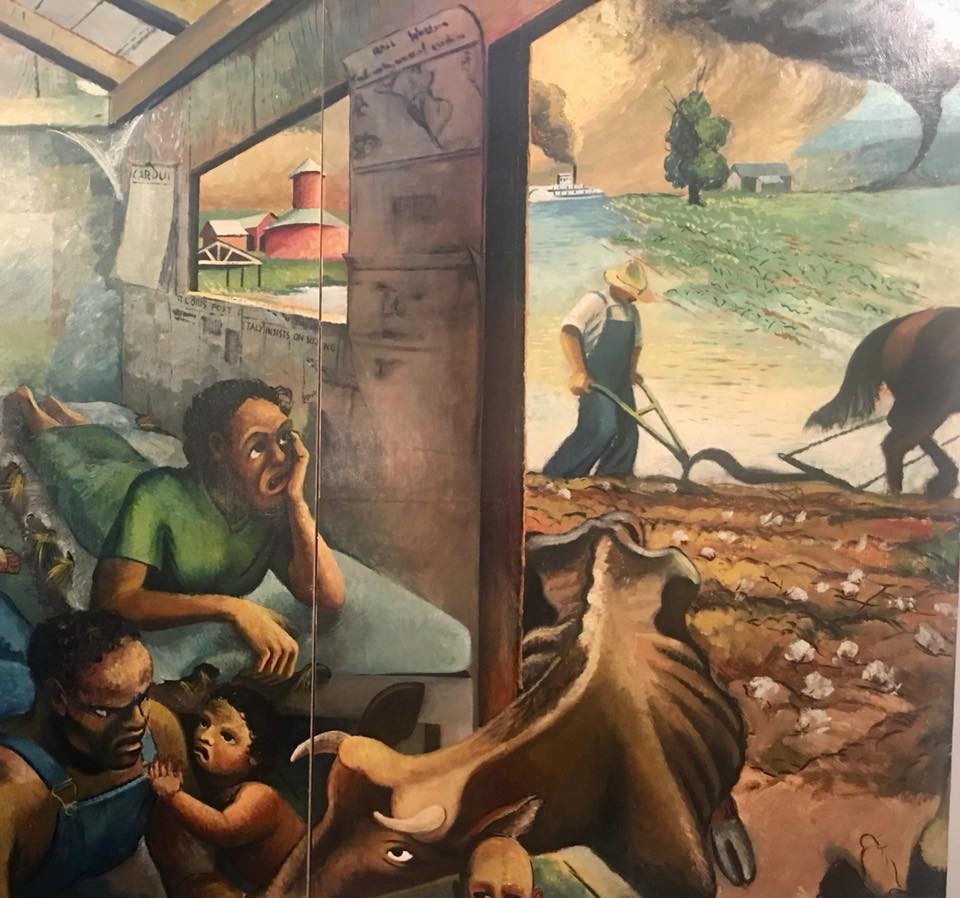 Joe Jones’ history is worth a read. His other work includes a mural, “Threshing,” done for the post office in Magnolia and now on display in that city’s library. A declared Communist, he swore allegiance to the country to serve as a combat artist in World War II. He died in New York in 1963, having painted covers for Time magazine among other work.