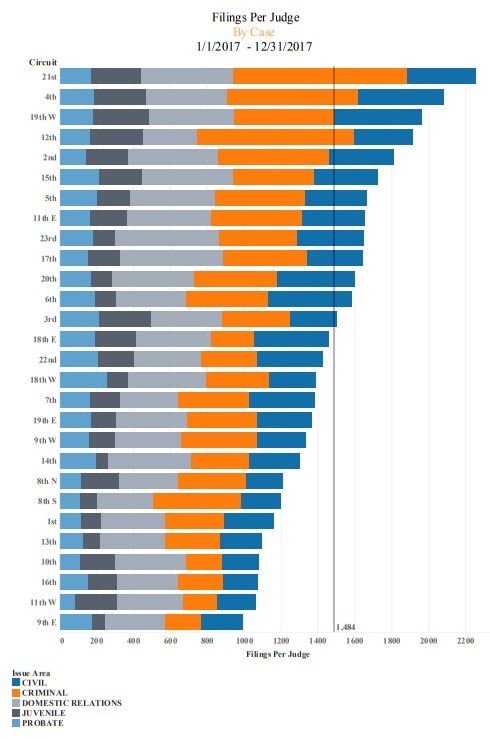 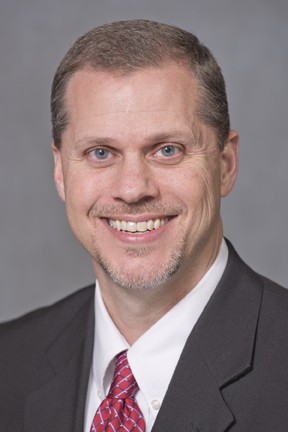 A debate is brewing on allocation of state court judgeships, with some growing areas in need of new judges and an idea circulating to meet those needs without creating new judgeships, at the expense of other judicial districts.

Nobody disputes some districts have real needs — think booming Benton County where a rapidly growing population means a rapidly growing judicial caseload. It is a political given that a legislature intent on cutting spending to pay for an income tax cut for the wealthy isn’t ready to lay out money for new judgeships in those places.

Former Republican Sen. Shawn Womack of Mountain Home (he’s now a Supreme Court justice, but he’s known more for his politicking than his jurisprudence) has a plan to cut up to five existing judgeships in other districts to provide five new judgeships elsewhere. None of those identified to lose judgeships likes the idea, particularly in the Sixth Judicial District covering Pulaski County, where the caseload continues to rise. It is not among the five lowest caseloads in the state, though some argue that the ability to use district court judges for some duties in Pulaski County lightens their load.

Animus toward Pulaski County has always been a popular theme in the legislature. Furthermore, in the days when Sen. Max Howell looked after judicial needs, he took care to provide for law clerks for Pulaski judges, a benefit others don’t enjoy (justified at the time by the fact that most lawsuits over state agencies are filed in Pulaski). More recently, Circuit Judge Wendell Griffen has become a source of tension at both the legislature and the Arkansas Supreme Court (which was accused by Griffen of ethical misconduct in handling a case concerning Griffen). And then there’s the mess over caseload division in the Sixth District arising from Judge Mary McGowan’s handling of drug court. That caseload plan has still not been approved and Pulaski Prosecutor Larry Jegley is still resisting a proposal to leave existing cases with McGowan’s court and push new ones to another judge.
In any case, the Judicial Resources Assessment Committee of the Arkansas Judicial Council will meet Friday to hear five requests for additional judgeships — from 2nd Circuit by Judge Ralph Wilson of Osceola, the 4th Circuit by Judge Stacey Zimmerman of Fayetteville, the 12th Circuit by Judge Michael Fitzhugh of Fort Smith, the 19th Circuit by Judge Doug Schrantz of Bentonville, and the 21st Circuit by Judge Mike Medlock of Van Buren. All have submitted information on caseload growth, population growth and the like. Benton County, for example, has the highest population per judge in the state.

Figures compiled by the Administrative Office of the Courts show Medlock’s 21st Circuit has the highest number of case filings per judge, but the office cautions:

Limitations:
– We are still missing data from Stone and Independence Counties.
– There are differences in the entry of case reopens in Contexte vs. non-Contexte courts. In most subject areas, we suspect that the non-Contexte courts under-report case reopens. Domestic is a significant exception to this. The non-Contexte courts are Arkansas, Ashley, Bradley, Desha, Drew, Greene (probate), Independence, Jackson (probate), Lafayette, Randolph, and Stone.
– Treating all case types as equivalent likely introduces bias. Some case types are more likely to be filed in some jurisdictions than in others, meaning that the case mix is not necessarily equivalent in different judicial districts.
– In some areas, district court judges are hearing circuit court cases. This most often includes first appearances, orders of protection, unlawful detainers, and uncontested divorce. As long as these are filed in circuit court, they appear in the circuit court filings.
– Variation exists in the number of charges filed per case in criminal cases.

But back to the winners/losers. At the June meeting of the Judicial Council, Womack proposed a plan. From the minutes:

a. In 2020, approximately 100 circuit judicial seats will be up for election.
b. Thirty-six judges are likely to retire in 2020.
c. Per the data, the 4th, 12th, and 21st Circuits are in the most dire need for new judgeships.
d. The 2nd and 19th West Circuits are also in critical need of new judgeships.
e. The proposal is to move five judges to the districts with high caseloads listed above.
f. The five districts that would lose one judgeship under this proposal: 1st, 6th, 10th, 11th East/11th West, and 9th East/West.
g. This proposal is separate from any possible plans to redraw circuit boundaries.
8. Robust discussion on virtues, costs, and feasibility of this plan and other options.

“Robust discussion.” Yes, indeed. No matter how you count them, Pulaski County isn’t among the five lowest caseloads in the state. It does expect to have a high number of retirees in 2020. Some of those with low caseloads have few judges stretched over large low-population areas.

A subcommittee is studying Womack’s plan. Though only presentations for new judges are to be heard Friday, some interested parties will be on hand in the eventuality ideas are discussed about where to find the new judges. Some concerns about that were raised. Womack responded in a note to judges:

It is my understanding that interested parties will be heard as to the requested 5 new positions only. The committee will then decide weather [sic] their [sic] is a justified need for the requested new positions. I think this “determination of need” is the first step in the process. Final decisions on what will ultimately be part of the legislative proposal will need to wait until the subcommittee does its work.

Pressed further, he insisted in a subsequent e-mail that Friday’s meeting “will not include any decision making regarding what resources will be used to provide funding for any new positions including the possibility of eliminating positions from other districts.”

Timing is critical. If we are going to accept our charge as JRAC and make recommendations regarding the allocation of judicial resources we have to fairly analyze the information we have without emotion or bias. The reason that this issue is coming to the forefront now is because of the perfect storm that is upon us. Namely the intersection of several high caseload districts being in critical need of additional judges at the same time that we are approaching the 2020 election cycle which will be historic in the number of circuit judges that are retiring. Several of those judges are retiring in districts that have had dramatic population and caseload losses. In order to reallocate resources as needed for the 2020 election cycle, the legislature must act during the 2019 legislative session.

Finally, my commitment to each judge that I have talked to is that I will only support eliminating a position if there is a retirement so that no position of an active and continuing judge is eliminated.

Inside baseball, to be sure, but ultimately important as to the efficiency with which justice is delivered across the state.

PS: Several have inquired why Womack has anything to do with this process since the committee is supposed to be composed of trial judges, not members of the Supreme Court. Good question.