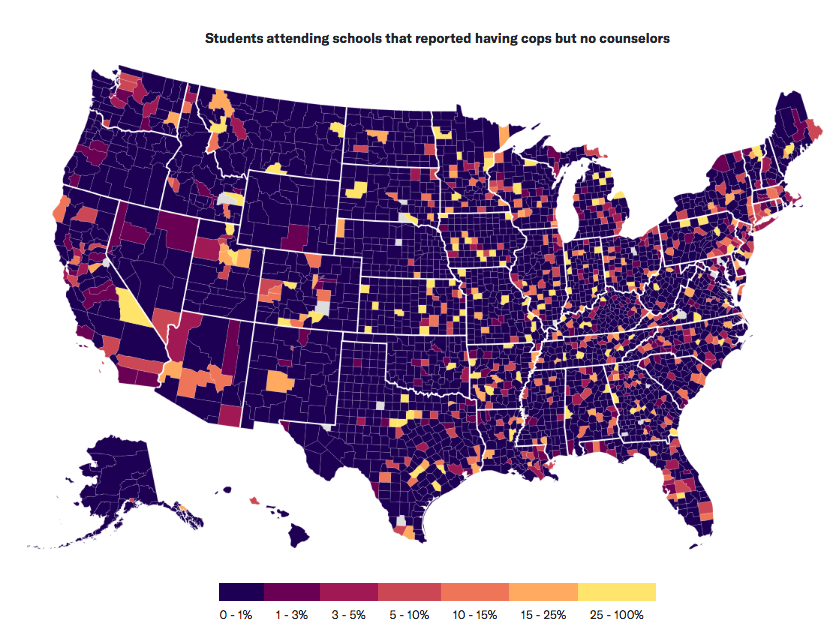 Here’s the open line. Gunfire reports so far include the 13th of the year in North Little Rock and a drive-by shooting at 17th and Security in Hanger Hill that left no one wounded. Also: A report on schools that value guards more than services for their children.

In the Noth Little Rock shooting, one person was killed and another wounded about 4:45 a.m. today on Healy Street in Rose City.

And speaking of here’s more detail on a report I mentioned earlier in the week about the emphasis among many Arkansas legislators and others nationally about putting more emphasis on armed officers in schools that are short of social workers, counselors and others trained for the needs of the kids they serve.

The map highlights schools where students  attend schools that have cops but no counselors. This applies to about half the students in Clark County, according to the ACLU survey.