Given various Arkansas ties, it seems only fitting to mention the death today of Burt Reynolds at 82. 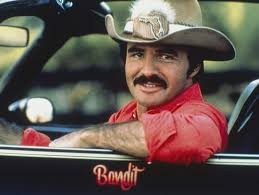 He made a movie, “White Lightning,” that was filmed and premiered here. At various times had a home, a financial adviser and an accountant in Little Rock. He also starred in the TV series “Evening Shade,” named for the Arkansas town and loaded with Arkansas references on account of its creation by Linda Bloodworth-Thomason.