As former lobbyist Rusty Cranford awaits sentencing on a federal bribery charge that he pleaded guilty to in June, what will become of the $1.1 million beach house in Osprey, Florida, that Cranford purchased in October 2015? According to the real estate website Zillow, the 3,640 square-foot house at 432 Sorrento Drive was put on sale for $1.25 million in May of this year. Just last week, the listing was removed.

According to court filings, among other schemes, Cranford and his family traveled between Arkansas and Florida on charter flights improperly paid for with the funds of a  nonprofit heavily reliant on taxpayer money.

The house was one of at least two Florida vacation homes that Cranford owned. A different Florida house, a 1858-square-foot home located at 2004 Boca Chica in North Port, around a half hour from the beach, was the source of tens of thousands of dollars in improper rent payments that Alternative Opportunities — the healthcare conglomerate that later became Preferred Family Healthcare — paid to Cranford, who was an executive at the scandal-plagued nonprofit. According to county property records, Cranford bought the Boca Chica house at the end of 2013 along with two co-owners — Eddie Cooper, the former state representative who pleaded guilty to being Cranford’s co-conspirator, and James H. Edwards. AO paid Cranford more than $50,000 to lease that property, supposedly for “executive leadership”; according to court filings, this was in fact one of many schemes through which Cranford and other executives embezzled millions of dollars from the taxpayer-enriched nonprofit.

The Osprey, house, meanwhile, was not directly referenced in court filings related to the federal corruption case against Cranford or the other connected cases against multiple former lawmakers, lobbyists, and AO/PFH staffers. However, the house, purchased along with his then-wife Karen, shows the lifestyle that Cranford was supporting during his corrupt tenure as a top executive and clandestine lobbyist at AO/PFH — when, according to court filings, he was raking in hundreds of thousands of dollars in kickback arrangements, improper lobbying and political activity concealed as sham “consulting and training” agreements, and various other schemes to line his own pockets and live high on the nonprofit’s dime. Not to mention the six-figure salary he was drawing.  All of this from a nonprofit which drew almost all of its revenues from taxpayers, which were supposed to be slated for providing health care to high-needs populations (annual Medicaid reimbursements in Arkansas topped $30 million for AO/PFH, and it was taking in tens of millions more in state contracts and grants).

Here’s a description of the home from the listing that was recently removed:

Custom Built home with quality finishes thru-out. On the canal one lot off the inter-coastal with boat dock and lift for boat and 2 jet ski’s . 50′ screened in lanai area with fireplace and outdoor kitchen and a beautiful heated salt water pool. First floor master suite with a walk-through shower and a private office. First floor family room with wet bar and wine refrigerator The second floor has 2 bedrooms with their own bathrooms and a bonus room/family room with wet bar and refrigerator. Quality finishes thru-out including Tray ceilings, Crown Molding, Travertine floors, Granite counter tops and top of the line stainless steel appliances. Abundance of storage and oversized garage suitable for 4 vehicles, and an Rip Rapped shore line. This home is a must see!!

According to court filings, Cranford realized that the FBI was keeping an eye on him by the summer of 2014. Nevertheless, around a year later, he purchased the Osprey house along with Karen Cranford for $1.1 million, according to county property records, with the help of an $825,000 mortgage.

Karen Cranford filed for divorce around a year later; the divorce case is still ongoing. Could the decision to list the house for sale for $1.25 million in May — followed by the sudden removal of that listing just last Tuesday, September 11 — have anything to do with the divorce proceedings? I’ve left a message for Karen Cranford’s attorney, Brian Burke, and will update if I hear back.

Cranford’s assets are, to say the least, in limbo going forward. In addition to the divorce case, there’s also the matter of restitution. Once he is sentenced on the federal bribery charge, Cranford could theoretically owe millions of dollars in restitution for ill-gotten funds from the state coffers that Cranford helped secure for AO/PFH and other clients.

According to recent court filings, more than $24,000 was paid by AO/PFH to fly Cranford and his family between Arkansas and Florida.

That’s on top of more than $60,000 that was paid to Cranford in sham rent payments for the other Florida house, in North Port, as well as — get this — Cranford’s childhood home in Douglassville, Texas. Cranford also received rent for yet another property he owned in Arkansas, according to the federal information filed along with his own plea.

p.s. One other note of interest on the North Port house (which has long been a source of interest to federal investigators, according to sources I’ve spoken with who have been interviewed by the feds):

According to court documents filed by federal prosecutors seeking to detain Cranford after he was arrested, efforts may have been afoot to shield the house from being seized as part of restitution payments as soon as Cooper pleaded guilty. Cranford and the third co-owner  — James H. Edwards, according to county records — asked Cooper to sign a quit-claim deed, which would remove Cooper as an owner of the house. On the same day that Cooper pleaded, according to court filings, Edwards texted him, telling him to transfer his share of the ownership to him “before that thing gets taken away.”

Via Google Maps, here’s the North Port house, which had an in-ground swimming pool, that Cranford was skimming rent payments for from AO/PFH:

And here’s some more pictures of the million-dollar Osprey house Cranford purchased with his wife (there’s many more at Zillow for the curious): 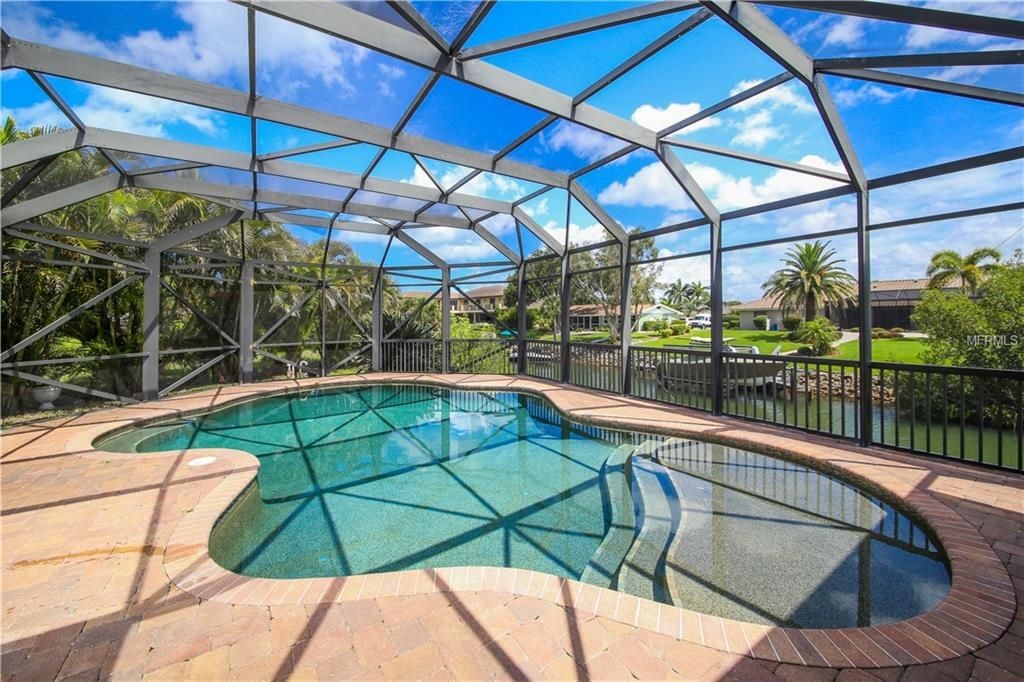 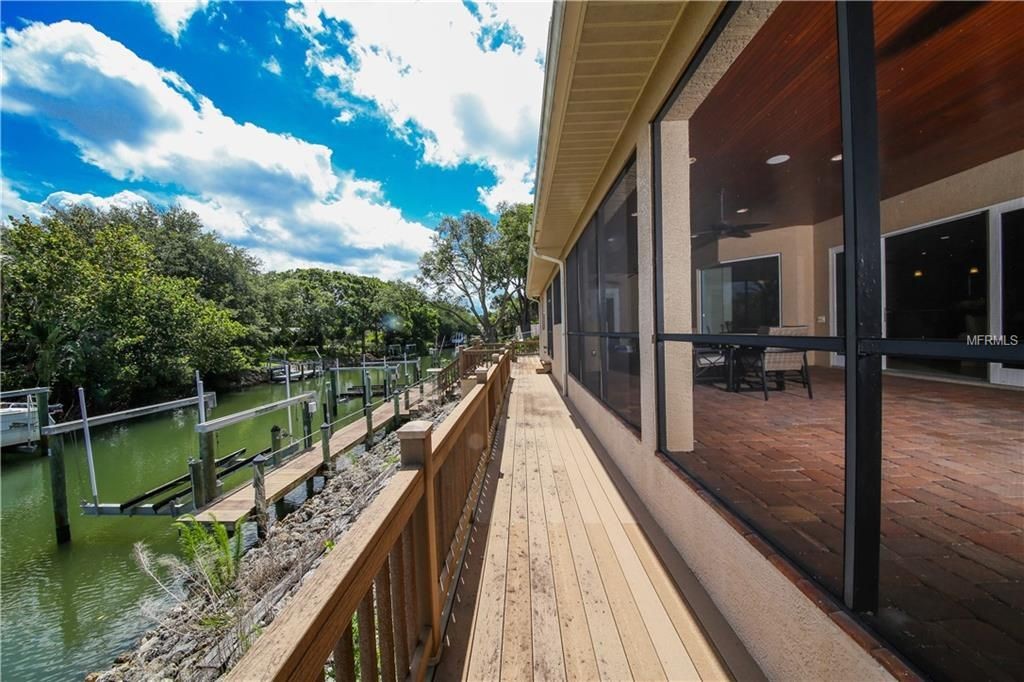 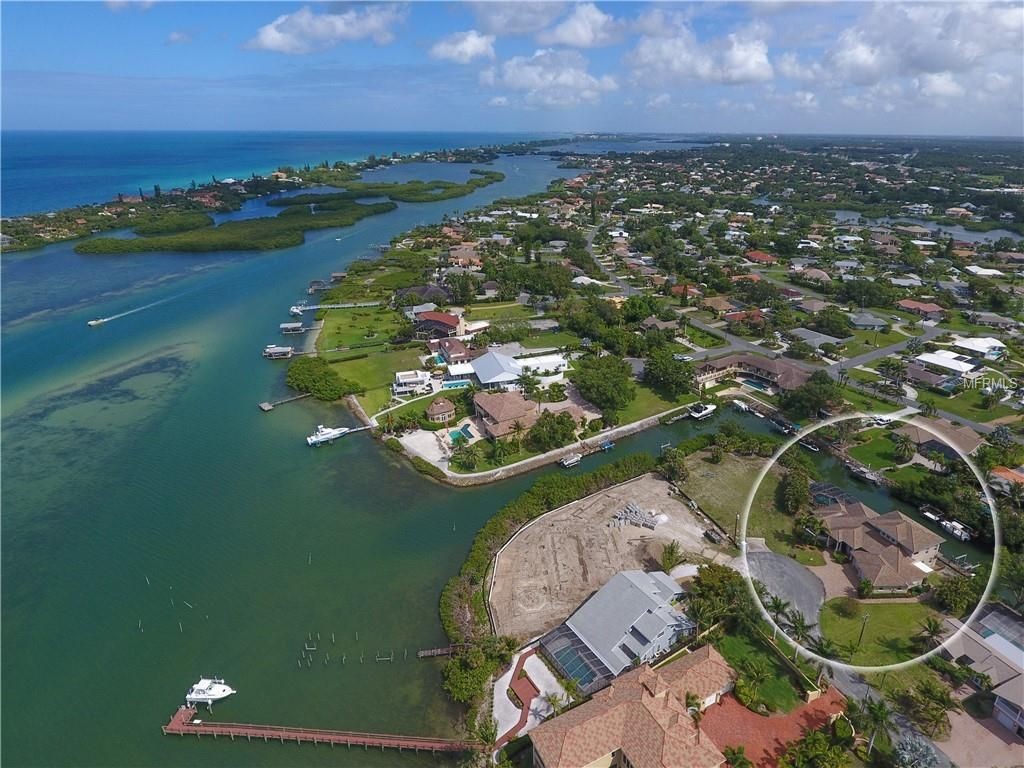