Demonstrators have been allowed near the front door of the Statehouse Convention Center where carefully screened guests will be enjoying Mike Pence’s endorsement of Republican Rep. French Hill. Plenty of security on hand, not many Pence fans.

Pence won’t see the demonstration in support of Democratic opponent Clarke Tucker. They will bring him in through a back door from closed-off LaHarpe. The city had said about 1,200 were expected to attend, but the crowd looked smaller in by KATV as the event began. And see this:

VP Spence scheduled to speak in 15 minutes or so; seats still available in Little Rock. pic.twitter.com/7WU0X3DH60

I think I’m glad to be banned.

The Kasey Earl Band might be OK. But the speaker lineup?

Attorney General Leslie Rutledge will lead the Pledge of but doesn’t seem to have a speaking role. Lt. Gov. Tim Griffin will introduce Michael Eubanks to play the National Anthem. (Knee-takers will be removed, presumably.) The audience will see the ad of Hill his old car. A series of two-minute talks will follow by a rainbow coalition of real people — state Veterans Affairs director Nate Todd; banker Carole Smith; former Republican candidate Muskie Harris; Cathy Tuggle (in real estate) and Judith Goodson (a GOP candidate in Clarke Tucker’s current legislative seat against Andy Collins).  Then you get Gov. Asa Hutchinson introducing Hill. Then six minutes of Hill. Then 20 minutes of Pence.

The State Police sent out one of its war wagons (campaign cover that cost?).  I swear the Arkansas Times had no cross-street incursion planned. 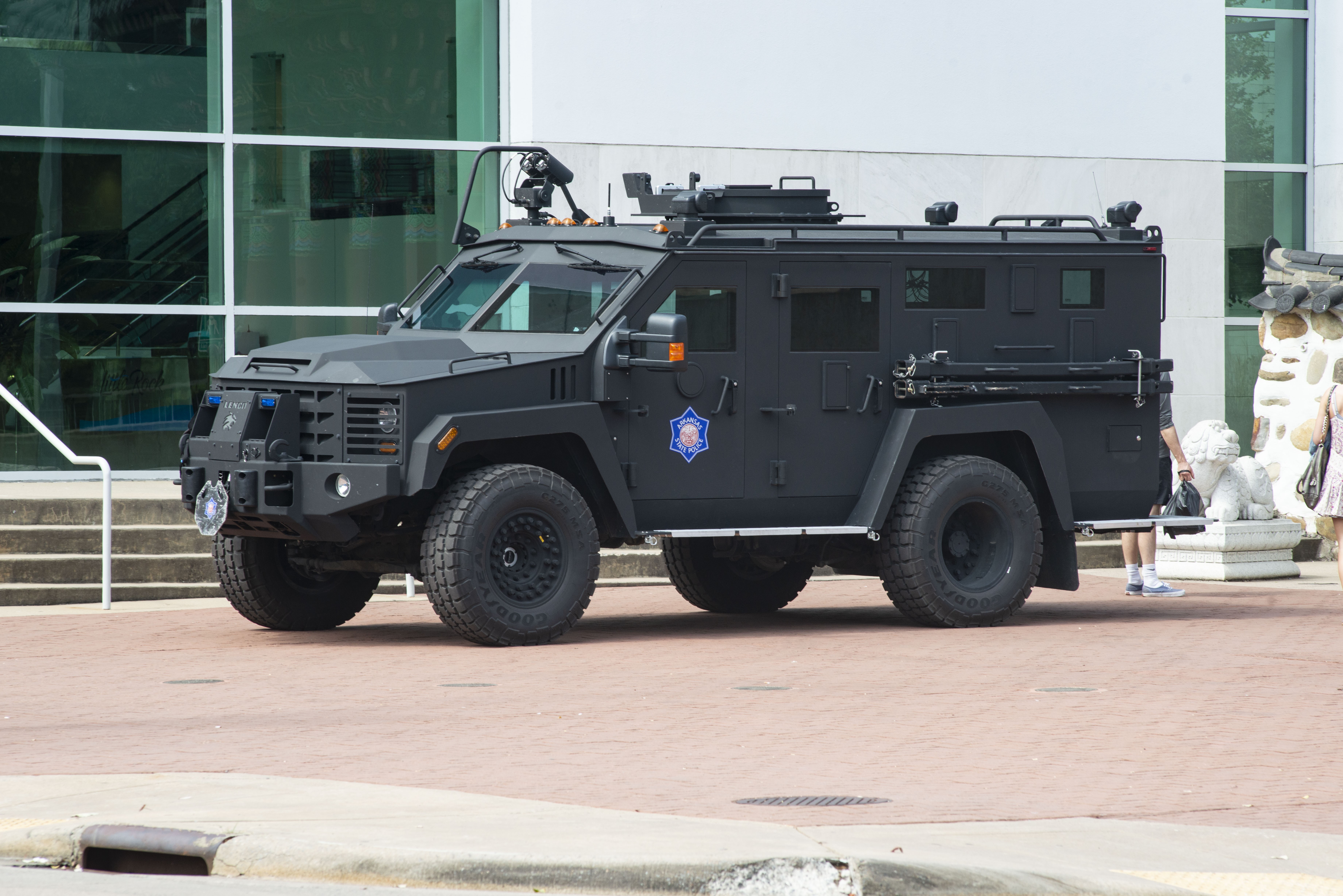 Tucker sent a money appeal on the Pence visit. The pitch:

Rep. Hill blindly supports the administration and their agenda.

He voted for their cruel tax bill that took money out of the pockets of middle class Arkansans to pad the wallets of their wealthy donors.

His vote to approve the ACHA — which would have stripped nearly 300,000 in our state of affordable health insurance — was either uninformed or malicious. But he was told to vote for it, so he did.

He’s their man, and they’ll to anything to keep his always-yes vote in Congress.