Is the Arkansas legislature routinely corrupt? In the Arkansas Democrat-Gazette today, one legislator wrote in the op-ed section that it is not. Michael Wickline reported a powerful illustration in favor on page one. And I list here many more. 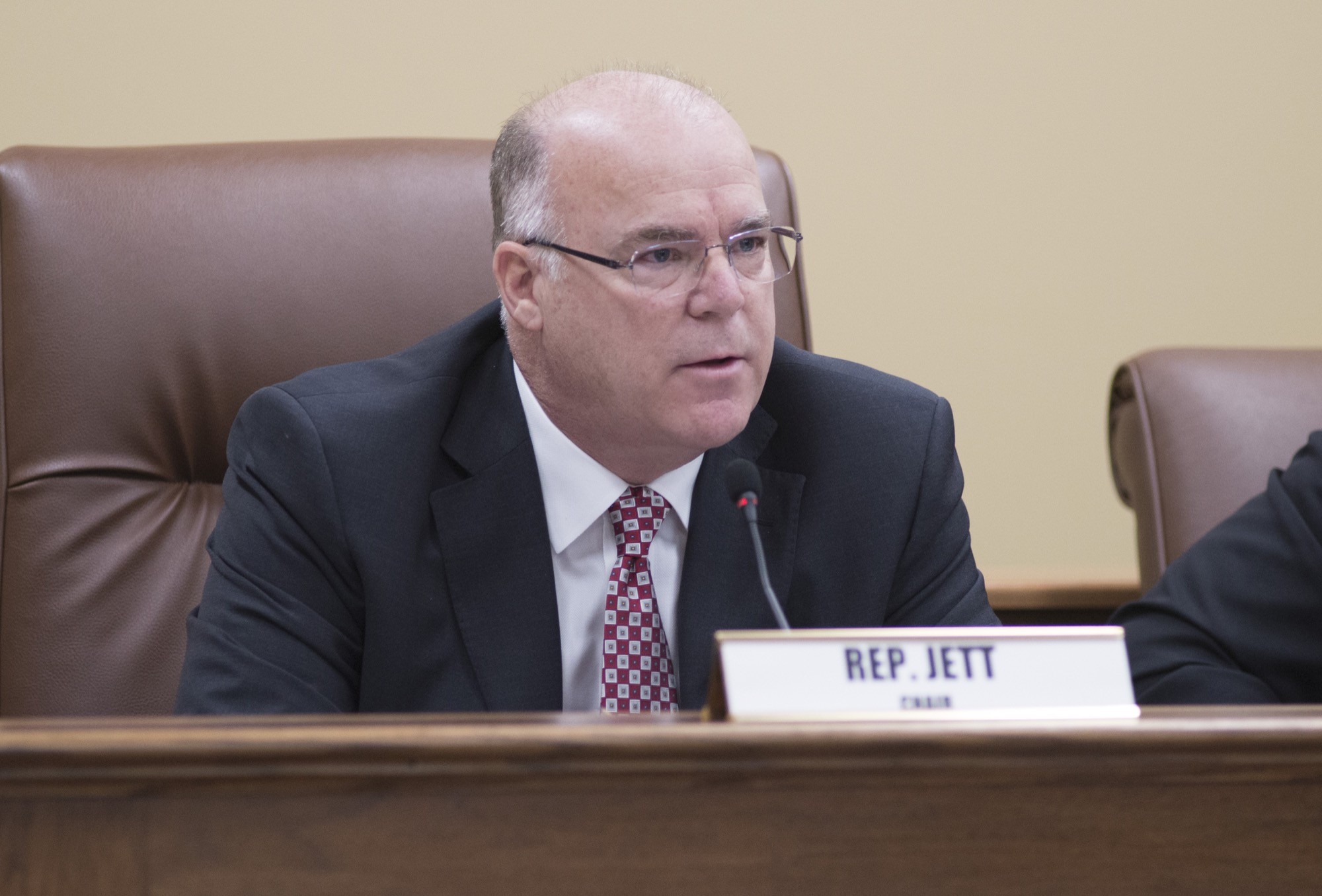 For the defense of the legislature: Rep. Bob Ballinger, currently seeking to promote himself into a Senate seat.

First a definition: Corrupt, in my view, doesn’t have to mean guilty of a crime. It can also mean a failure to pass the smell test. So back to Ballinger.

Remember when he was hooted by a Northwest Arkansas crowd for asserting:


My friends in the legislature are servants. Not one of them, not one of them out there right now is benefitting from being there.

To which I say: These have been charged with or convicted of federal crimes. Jake Files, Jon Woods, Micah Neal, Eddie Cooper, Henry Wilkins, Jeremy Hutchinson, Paul Bookout.

An oldie but goodie worth remembering: Driven out of office by poor ethics — former Lt. Gov. Mark Darr, a position that presides over the Senate.

Those identified, so far, as reaping payments from businesses or interest groups with business before the legislature: Gilbert Baker, Linda Chesterfield, Michael Lamoureux, Tim Summers,  and Bob Ballinger himself.

Then there’s the untold number, like Woods, who had or have no apparent real job except being a legislator — more than $40,000 in salary; another $20,000 in untaxed per diem; fat mileage reimbursement; cheap housing on Capitol Hill; an unending  schedule of free dinners and cocktail parties; free trips to fun places where lobbyists can use their credit cards for steak and lobster; cheap health insurance; retirement benefits; future jobs as lobbyists and state agency employees. Some of them, like Woods, also set up putative “consulting” businesses so they could take cash to share their expertise in public affairs. This consulting business scam arose from jealousy at the undisclosed retainer fees lawyer legislators were able to command without legal retribution.

But, wrote Ballinger in today’s Democrat-Gazette:

Recently I opined that “no one was benefiting from being in Little Rock.” It was my admittedly clumsy way of saying that in my experience, I have not found the legislators in Little Rock to be routinely corrupt. Most are simply decent people trying to make a difference. Sadly, the dishonest few cast a shadow over all the rest.

These recent scandals show us that honesty is not enough. The air of power and money that public servants breathe requires more than honesty. It requires a diligence that looks for signs of trouble. Politics is a minefield that can obliterate the most honest among us.

Ballinger chose not to explain how no smell attaches to his getting paid for legal work for Ecclesia College after he shipped them unconstitutional General Improvement Fund money to buy the land he was hired to do closing work on. He declined to talk about how his law partner Travis Story still defends Ecclesia, a kickback machine under the leadership of his friend Oren Paris III. He declined to discuss his associations with a local wheeler-dealer who rose to the top of the marijuana cultivation permit race thanks to high scores from his law partner Story, who was put on the marijuana commission by House Speaker Jeremy Gillam.

And speaking of Gillam: now let’s go to Michael Wickline, whose front-page article in the Democrat-Gazette exposes what looks like casual corruption to me.

It turns out then-House Speaker Jeremy Gillam, his farm in financial trouble (since sold to a politically powerful Northeast Arkansas company), gratefully accepted a $16,000 loan from Rep. Joe Jett. Gillam would soon make Jett chair of the powerful Revenue and Taxation Commission. Coincidence, they say. Both are likable guys. Jett was an able committee chairman who once told me he was a Roosevelt Democrat until he jumped over to Gillam’s Republican Party. The loan was not disclosed. Wickline apparently got wind of it; got an Ethics Commission opinion that loans not made in the normal course of business (such as by a bank) SHOULD BE disclosed. So now we know.

That ain’t all. Sen. Jim Hendren, the governor’s nephew and Jeremy Hutchinson’s cousin — the man who declined to wear a wire for the FBI after Jon Woods offered him a bribe back before the 2012 election — loaned $4,000 to the financially strapped Jake Files at the encouragement of Sen. Bart Hester. He’s written the loan off to federal prisoner Files, who stole state money, as a bad debt to a friend.

Gillam also filed an amendment to his report for 2015 to disclose that then-state Reps. David Branscum, R-Marshall; Bill Gossage, R-Ozark; and Rep. Jon Eubanks, R-Paris, wrote him checks for $700 each in December 2015. That was after this newspaper reported that Gillam Farms had state tax liens filed against it for more than $2,000. Gillam was vice president of Gillam Farms.

For more bad smells involving Gossage and Eubanks and Johnny Key, see this account of job meddling and a big consulting contract.

UPDATE: And that still ain’t all. Wickline subsequently reported that Republican Rep. Charlie Collins had loaned more than $12,500 to then-Rep. Nate Bell. Neither would discuss the precise terms, but the loan is apparently still outstanding and Bell is paying interest. Both disclosed the loan on required annual financial statements.

The current House Speaker, Matthew Shepherd, who has been unable to bring himself to say Mickey Gates’ failure to pay state income taxes for 15 years should disqualify him from legislative service, tells Wickline he’s looking into prohibiting loans among legislators. This is reminiscent of Jim Hendren’s sudden interest in ethics this year, fully two years after his uncle the governor headlined a campaign fund-raiser for Jon Woods, he of the illicit bribe offer to Hendren several years earlier.

It doesn’t take much “diligence,” as Ballinger put it, to know that you shouldn’t take money from people who look to you for favors. It’s illegal for lobbyists to pass a few hundred to a legislative pal, no matter how dear the friendship might be. A legislative relationship should be no different. There is so much log-rolling already in the legislature that the RPMs need not be revved up by cash handouts.

No routine corruption? I’ve named 20 legislators here — not counting the unemployed living off the fat of the land — who’ve been criminally corrupt or ethically blind or countenanced the sins of others. (And I’m not counting the overwhelming opposition to meaningful ethics legislation in recent sessions.)

1) Now that Gillam has been hired for the UCA lobbying job that the corrupt Gilbert Baker (nursing home money bagman for payments to former judge and current federal prisoner Mike Maggio) once held, presumably he can use some of the $130,000 to get square with Jett.

2) I owe praise to Sen. Bryan King, defeated by Ballinger in the Republican primary this year, for a sometimes lonely voice in favor of ethical government. His manner wasn’t designed to win friends, like the amiable Gillam and Jett. He could be a bully. I thought he was dead wrong for his opposition to government medical programs for poor people. But he sniffed out bad actors — at UA (a lobbying waystation payoff for Sen. Johnny Key before his elevation to education czar, where he now looks after the Walton agenda), Martha Shoffner, the corrupt state treasurer, and the GIF scandal, in which dozens of legislators gladly served unconstitutional pork — while leading Legislative Audit. Much of what we know today about government rot is a byproduct of his work.