This is among the many links by which you may watch the Senate Judiciary Committee hearing on Christine Blasey Ford’s sworn statement that Supreme Court nominee Brett Kavanaugh sexually assaulted her in high school. She is unsurprisingly emotional. Watch and see what you think.

The session opened with what has been described as some “mansplaining” by GOP Chair Charles Grassley. He wasn’t happy that ranking Democrat Sen. Diane Feinstein raised other allegations against Kavanaugh and the failure of the committee to fully investigate all that’s arisen. She depicted as indicative of how women’s complaint are generally treated in the U.S.

“I am terrified,” Ford said.

It is absolutely not a case of mistaken identity she said. She makes the allegation against Kavanaugh with “100 percent” certainty.

Rachel Mitchell, the female prosecutor b 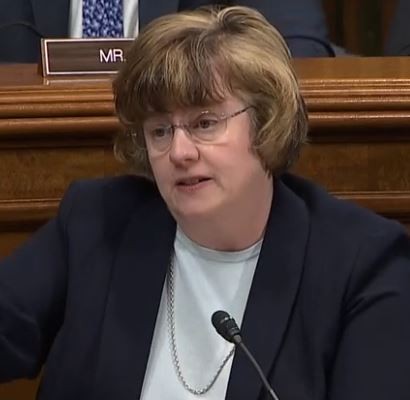 whose skirts the Republican senators are hiding seems prosecutorial in nature, seeking to find minor discrepancies in Ford’s past statements. Not as nasty as Arlen Spector or Orrin Hatch in the infamous Anita Hill hearings.

Except for the far right, Christine Ford won the morning with a sympathetic, believable and unshaken round of testimony. Even Fox News commentators said things went badly for the GOP side. 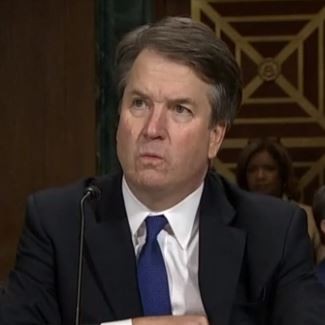 Now it is Brett Kavanaugh’s term, beginning around 2:15 p.m., with several hours to go.

It appears he’s revised a prepared statement submitted earlier to the committee. He’s responding sharply, making a legal case that evidence is lacking, based on other people who might have been present.

He sounds angry. It worked for Clarence Thomas. “My family and my name have been totally and permanently destroyed by vicious and false allegations.”

The process has become a “national disgrace,” says Kavanaugh.

He’s also made it a partisan battle. This hardly raises confidence in his impartiality on the bench.

For balance, read a compendium of corroborating testimony to the case that Kavanaugh is neither honest nor a choir boy.

Oh, Kavanaugh says Ford may have been assaulted. Just not by him. He says he means her no ill will. If so, how is this also an orchestrated political hit against him and Trump to help the Clintons?

My conclusion: By temperament and partiality alone, Kavanaugh shouldn’t be on the bench.