Blue Hog Report effectively poses a question for Land Commissioner John Thurston, who hopes to move up to of state in the November election: Why did he stick taxpayers with the cost of a bass boat?

The boat was ordered on October 2, 2014, but was not picked up in Monticello at the War Eagle factory until December 4, 2014. Despite that two-month lag between ordering and pickup, however, it appears that the folks at the COSL office could not wait to go on a shopping spree for other things that they needed along with the boat. Less than three weeks after ordering the boat, on October 20, one or more people from the COSL office went to Bass Pro, during business hours, and spent a mere $3,999.96 on a variety of things including (but definitely not limited to) a fish/depth finder ($2,299.99), two “Deluxe Fishing Vest” life vests ($59.99 each), two “Mustang Survival Bass Competition” inflatable PFDs ($249.99 each), two Under Armour balaclava-style masks ($34.99 each), a “Weekender Fishing Tackle Bag” ($19.99), three pair of shooting glasses, and two pair of camo pants.

Of course, no fishin’ boat in Arkansas can be complete without a trip to one certain store. The next day, one or more COSL employees went down to the Wal-Marts, again during business hours, and spent $305.06 on, among other things, flashlights, needle-nose pliers, a 6-ton bottle jack, a tool set, and (of course) two pair of men’s rubber boots (sizes 10 and 12 respectively).

The downside of doing all this shopping nearly six weeks before they actually picked up the boat, however, was that they needed somewhere to store all of that gear. So, by the end of October, the COSL had rented storage space at Scott’s Storage in Maumelle.

On December 11, then-chief counsel of the COSL, Kenneth Burleson, took the boat to have the aforementioned depth/fish finder installed, which cost $337.95. The installation was completed, and the boat was returned to the COSL on December 15.

All told, then, between October 2 and December 15, 2014, John Thurston’s office had spent $28,777.55 on the purchase, outfitting, storage, and customization of what appears, for all intents and purposes, to be a fishing boat.

And what did the commissioner of state lands, who oversees sales of tax delinquent properties, say to justify the purchase and outfitting of what appears for all intents and purposes to be a bass boat? Chief Counsel Diane Schwartz responded to Blue Hog:

In 2013, the legislature added a provision to the Code authorizing the removal of certain debris from state waterways. See Act 552 of 2013 (amending Ark. Code Ann. § 22-6-202). After the change in the Code, the COSL began receiving a variety of complaints from areas throughout the state regarding debris removal, in addition to the concerns and complaints that had been historically lodged with the office. The uncertainty of the increased scope of the waterways division and the need for independent and quick responses ultimately necessitated the addition of a watercraft to the COSL motor-vehicle fleet. The watercraft was outfitted with a device to ascertain the location and extent of the debris or other obstructions located on or in the river or lake beds deemed navigable that would fall under the COSL’s authority. The device added was identical or similar to the devices used by other state agencies for like purposes.

Blue Hog’s Matt Campbell says the office hasn’t told the full story of the law, sponsored by none other than the felonious Sen. Jon Woods. He explains that the law allows the land commissioner to bring a lawsuit over structures placed on submerged lands. The statute provided no authorization for the office to investigate such structures or to remove them or to purchase equipment to remove them, though it does authorize agreements with other agencies to do the work.

The state Game and Fish Commission, Blue Hog notes, has about 600 boats, including 19 War Eagles (though not as fancily and powerfully equipped).

All but one fuel purchase was made in Little Rock or North Little Rock (with no purchases in 2017). All of the details lead Blue Hog to speculate that the boat was kept in Maumelle, put in the water long enough to reach areas where the trolling motor could be employed. Call it, in keeping with his Gilligan theme 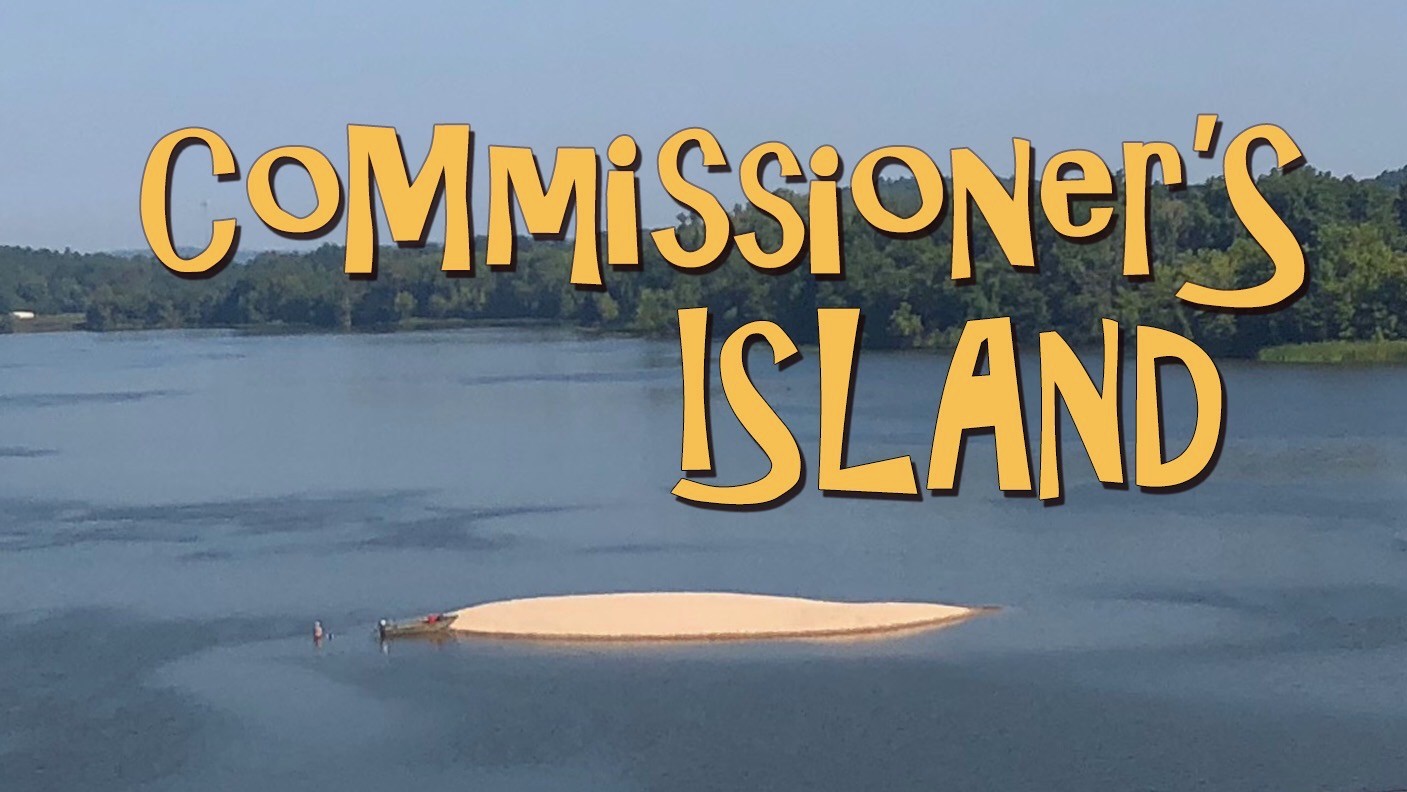 This doesn’t look good. Thurston is yet another Republican enmeshed in smelly spending enabled by the crooked Jon Woods. Happily, there’s an alternative — squeaky clean Democrat Susan Inman, with years of experience in the secretary of state’s office and overseeing elections, the most important duty of the office.

I’ve put more questions to Thurston. He’s refused in the past to answer questions about some of the important ideas Inman has raised about increasing voter participation, so I don’t expect to hear much about how the fishing has been.