Six of the eight candidates running for incumbent Erma Hendrix’s Ward 1 seat on the Little Rock City Board of Directors took questions in a forum Monday night sponsored by SoMa Little Rock and the Downtown Little Rock Partnership.

At South on Main, candidates greeted attendees before the forum while audience members submitted questions. Moderator Gabe Holmstrom, the executive director of the Downtown Partnership, posed questions to candidates Ted Adkins, Bryan Frazier, Ronnie Jackson, Greg Henderson, Danny Lewis and Robert Webb about the controversial I-30 Crossing project, term limits for the city Board of Directors and their support of at-large positions on the board.

Noticeably missing from the candidates on stage was the 88-year-old Hendrix, who’s held the position since 2007. One of the organizers confirmed with the Arkansas Times that the event was originally set for a different date, then rescheduled to accommodate Hendrix, but Hendrix still did not attend. She’s to win yet another term, in part because of this race’s many contenders. With so many options to choose from, voters are more likely to choose the candidate with the most name recognition, and Hendrix fits the bill. Candidate Herbert Broadway also did not attend. 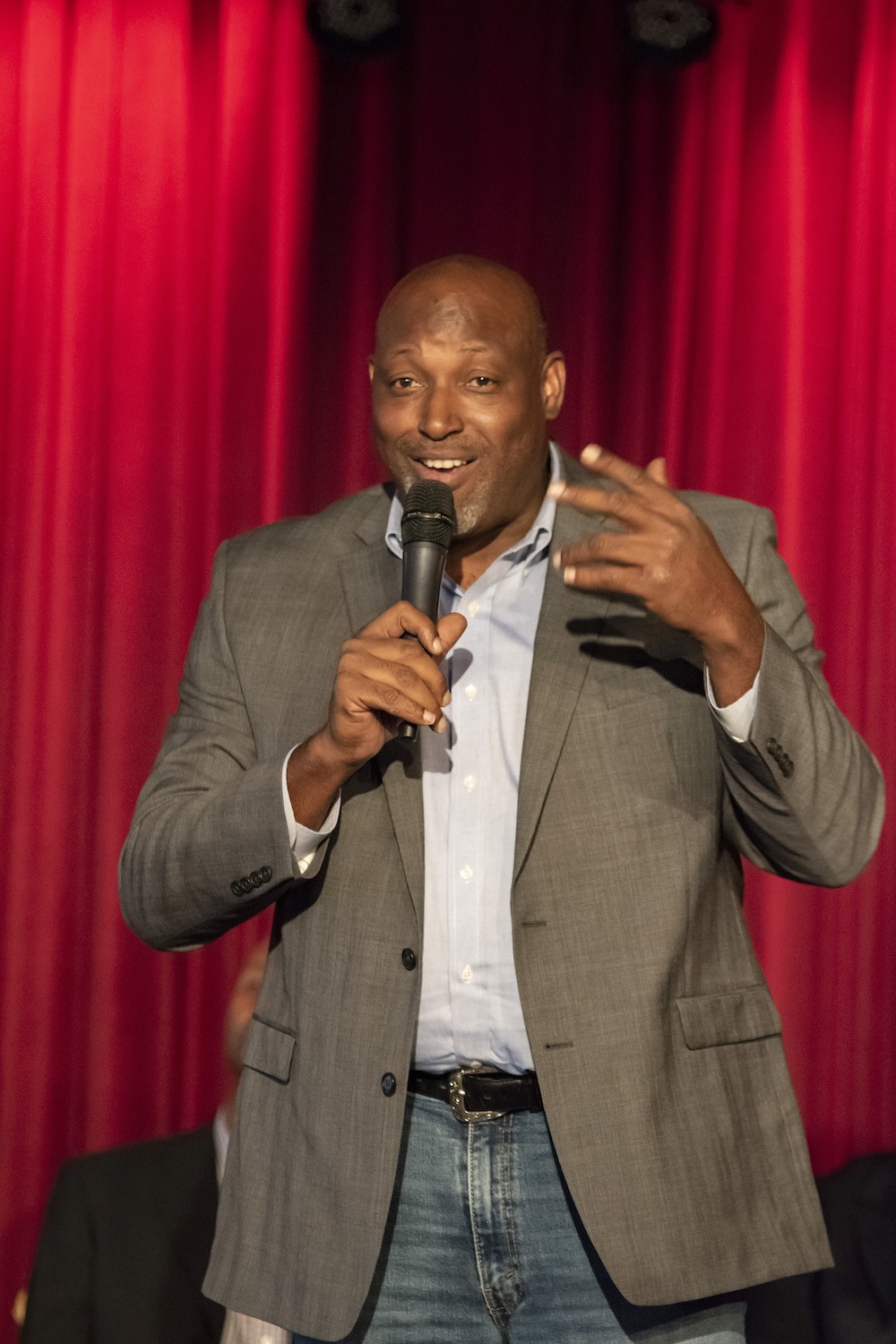 The candidates differed in their support of 30 Crossing and how to manage its effects on Ward 1. The $630 million 30 Crossing project involves expanding a section of Interstate 30 from six to 10 lanes and replacing the bridge over the Arkansas River, and it has been a source controversy because of its potential impact on traffic, parking and life in downtown Little Rock. While City Board members don’t have much control over the project, Lewis and Jackson said there is still room to mitigate the impact of the widening of the freeway. Jackson is in support of requiring the state Highway Department to conduct an environmental impact study. Henderson and Frazier both said the crossing is a threat to downtown that will hurt development. Webb said that the crossing is a “done deal” and the next step is ensuring that the project benefits Ward 1 residents.

Another central issue of the forum was the candidates’ support for at-large seats on the city board. The City Board is made up of seven ward directors, who each represent section of Little Rock, plus three at-large directors who are chosen to represent the city as a whole. Lewis, Webb, Frazier, and Henderson are all against the at-large positions. Lewis supports a shift to 10 wards, instead of the present seven with three at-large seats. Jackson was the only candidate in support of the at-large seats and said he has “seen their impact” in the community. Henderson and Frazier also said they’re in support of a strong mayor form of government. 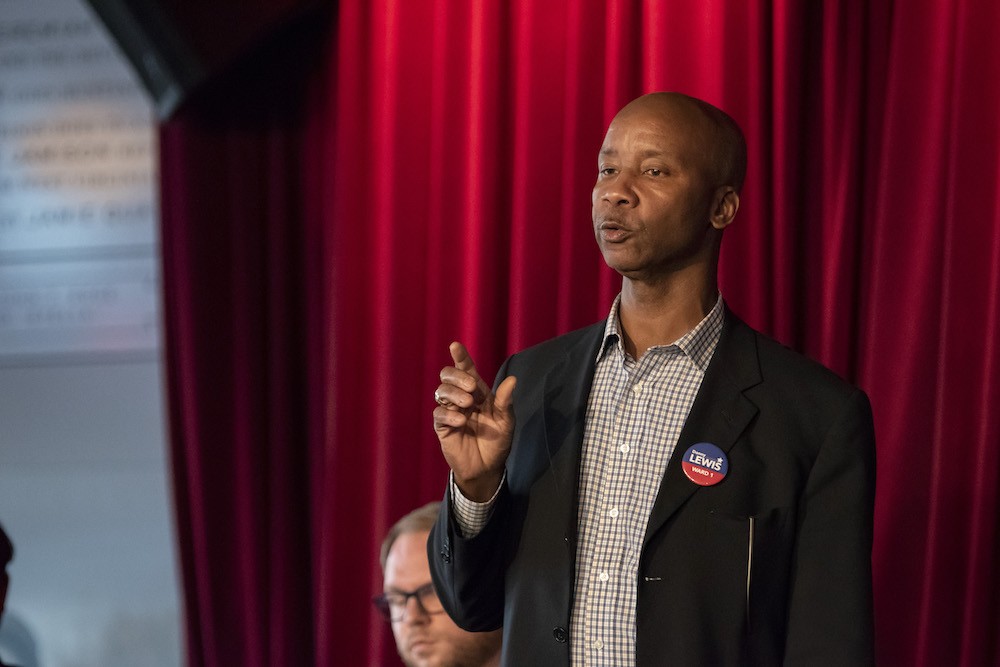 Jackson, Adkins, Frazier and Henderson all support the adoption of term limits for city board seats, while Lewis said that if the population in Ward 1 feels their director is “doing a great job and that you should be returned to that position however many times,” then he would not support term limits.

When asked what they felt to be the most urgent need of Ward 1 that could be achieved within their first term in office, Adkins voiced the need for more jobs, Frazier said sustainability, and Jackson said small businesses and job training for young people. Lewis said his goal would be to develop the Little Rock Port Authority into an intermodal and referred to Little Rock’s lost opportunity to serve as the headquarters of FedEx. He said his long-term goal would be to build up to increase their tax base. Webb said there were too many issues to choose from, but if he had to pick, he would focus on job growth as a goal and on education as a long-term goal.

All of the candidates referred to their experiences living and working in Little Rock for most, if not all, of their lives. 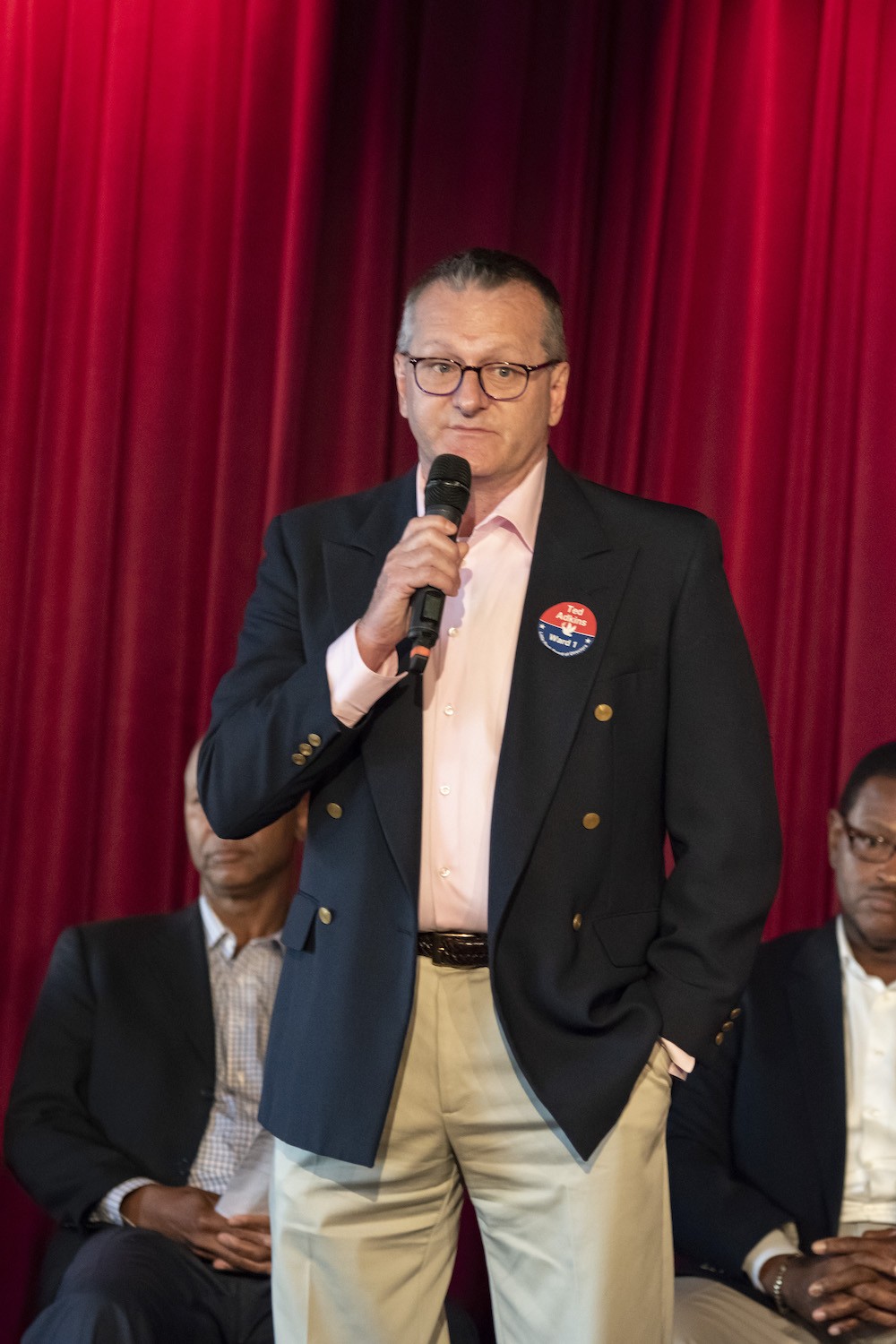