Issue No. 1 will likely be a prominent topic leading up to this November’s election. Its benign name—An Amendment Concerning Civil Lawsuits and the Powers of the General Assembly and Supreme Court to Adopt Court Rules—covers up the fact that it is actually four separate constitutional amendments that its proponents probably don’t want you to know much about, and each of which would represent a major change to the Arkansas Constitution and your ability to hold people responsible in the event that they injure you.

Changes to Be Made By Issue No. 1

First of all, Issue No. 1 would limit awards of punitive and non-economic damages in civil lawsuits. Punitive Damages punish and deter wrongful conduct. Non-Economic Damages transcend money, and include things like pain and suffering, loss of life or companionship, and a value for being injured so heinously that you are left disfigured. Think about it this way: if you are injured because of someone else’s carelessness, and the injury leaves you with a pain in your neck and back that prevents you from ever being able to pick up your child or swing a golf club again, shouldn’t a jury be able to compensate you for those injuries? Under Issue No. 1, you can only be fully compensated for the money that is spent treating those injuries. Any damages that a jury might award¬ you for the fact that your life will never be the same and that you will no longer be able to pick up your child for a hug is subject to an arbitrary cap. Issue No. 1 puts a limit on the intangible value of human life and its enjoyment regardless of how gruesomely a person is injured, regardless of how severe and long-lasting the physical and emotional toll inflicted on the victim, and regardless of how wrongful the person that injured you was acting—that’s where the limit on punitive damages comes in. Issue No. 1 looks at you as a price tag and not as a person. In short, you are only as important as your medical bills, and the value of your life can be determined by simply looking at your receipts. Right now, this type of heartless calculation is prevented by Article 2, Section 7 of the Arkansas Constitution, which gives you the right to have a jury determine how much a particular injury has damaged you based on the unique facts and circumstances of your case. Issue No. 1, however, erases the jury’s power and replaces it with the General Assembly’s arbitrary determination that each case is worth a capped maximum.

Next, Issue No. 1 will make it harder for injured citizens to find legal representation by capping attorneys’ fees in contingency cases. Unlike hourly fees, in which a client pays the attorney for each hour worked, regardless of the outcome, contingency fees are only paid if the attorney is successful in litigating a client’s case. The attorney in a contingency case usually pays all of the expenses and costs of litigating the case up front. Contingency fees reduce frivolous lawsuits, because attorneys have no incentive to pursue questionable claims for which they are unlikely to ever recover any damages for their client. This also allows lower-income individuals who could not afford expensive hourly legal fees to retain the help of an attorney. Capping contingency fees makes it harder for attorneys to take on these cases in which they bear all of the up-front risk and will leave many Arkansans without legal representation if they are injured. Also, these fees are already governed by the ethical Rules of Professional Conduct, which are adopted by the Arkansas Supreme Court. Taking the power to regulate attorney contracts away from the Court and giving it to the General Assembly violates the concept of separation of powers, on which both the Arkansas and United States Constitutions are based. In the broader context, it is also a naked power grab by the General Assembly to accumulate more power for itself, as it tries to do with the next two changes contained in Issue No. 1.

Lastly, Issue No. 1 will strip the judiciary branch of its power to regulate practice and procedure in the court system and give that power to politicians in the General Assembly, which is comprised mostly of members who have never practiced law or worked within the court system. The Arkansas Constitution rightfully gives the Supreme Court the authority to make the rules of practice and procedure that govern lawsuits brought in the courts. Currently, the General Assembly can only annul or amend a Supreme Court Rule by a two-thirds (66.67%), or super-majority vote. Issue No. 1 will change this in two ways. First, it will allow the legislature to amend Supreme Court Rules with only a three-fifths (60%) vote, making it easier for the General Assembly to overrule the Supreme Court. Secondly, it allows the legislature to sidestep the Supreme Court entirely and gives the General Assembly the authority to make rules for the courts on its own initiative—not just annulling or amending rules first passed by the Supreme Court. This change undermines the concept of having three co-equal branches of government and gives the legislative branch unchecked power to make the rules for the judicial branch. Not only does it effectively cut the courts out of making court rules, it takes the independent, non-partisan court system and makes it subject to the political whims of the legislative branch. If you thought dark money in elections was already a problem, passing Issue No. 1 promises to make it even worse.

Circuit Court Judge Declared Issue No. 1 to Be Unconstitutional

On July 12, 2018, former Circuit Judge, Marion Humphrey, filed a lawsuit in Pulaski County asking for Issue No. 1 to be declared unconstitutional. Humphrey argued that Issue No. 1, was four separate and distinct constitutional amendments, as explained above, which violates Article 19, Section 22 of the Arkansas Constitution that allows the General Assembly to propose only three constitutional amendments in any one voting cycle. Humphrey also argued that Issue No. 1 was a substantial re-write of the entire Arkansas Constitution that would make “the Arkansas Judicial Branch into a subordinate state agency.” Humphrey’s complaint also alleged that the General Assembly was impermissibly combining multiple, unrelated amendments into one single ballot initiative.

On September 6, 2018, Judge Mackie M. Pierce issued an order declaring Issue No. 1 to be unconstitutional and instructing the Secretary of State not to count or certify any votes for or against Issue No. 1 in the November election. Judge Pierce agreed that Issue No. 1’s “cap on non-economic and punitive damages infringes on the rights of the citizens and litigants to be adequately compensated for the full amount of damages suffered by them in a court of law.” Judge Pierce also reasoned that the “cap on contingency fees is clearly an infringement on the rights of citizens of this state to freely contract” and would “prevent[] a person to hire an attorney of their choice….” In addition, Judge Pierce held that Issue No. 1 violated Article 19, Section 22 of the Arkansas Constitution. He concluded that “the Arkansas General Assembly in proposing and passing Issue No. 1 has engaged in impermissible logrolling,” or combining multiple, separate issues into a single amendment in violation of the Constitution’s requirement that each amendment be voted on separately.

Issue No. 1 Headed to the Supreme Court on Appeal

Despite correctly being struck down by Judge Pierce for the unconstitutional overreach that it is, Issue No. 1 is not done yet. The ballot initiative’s defenders quickly appealed Judge Pierce’s order, and the Arkansas Supreme Court will now decide whether Issue No. 1 will remain on the ballot for voters in November. On September 13, 2018, Arkansas Supreme Court Chief Justice Dan Kemp recused himself from deciding the appeal, leaving it to Governor Hutchinson to appoint a fill-in. The first briefs in the case are due on October 22, 2018—just two weeks before the general election unless the case is expedited.

Depending on how the Supreme Court rules, Issue No. 1 may still be lurking on the November ballot, and Arkansans need to be aware of just how detrimental and significant an overhaul to our Constitution that Issue No. 1 is hiding just behind its otherwise innocuous name. Issue No. 1 is bad for the citizens of Arkansas and will aggregate more power in the hands of the General Assembly while undermining the separation of powers between the three branches of government upon which our system is based.

If you would like to read the entire ballot proposal yourself, the following link will take you to the full text of Issue No. 1. You can also read the complete text of Senate Joint Resolution 8 (SJR 8), which was introduced by Senator Missy Irvin in 2017 and which became Issue No. 1. Judge Pierce’s order is available here.

This is a paid post by Reddick Moss. If you or someone you love is or has been a resident at a nursing home in Arkansas and any of these survey questions apply, then you may have a case and should contact them for a free consultation. 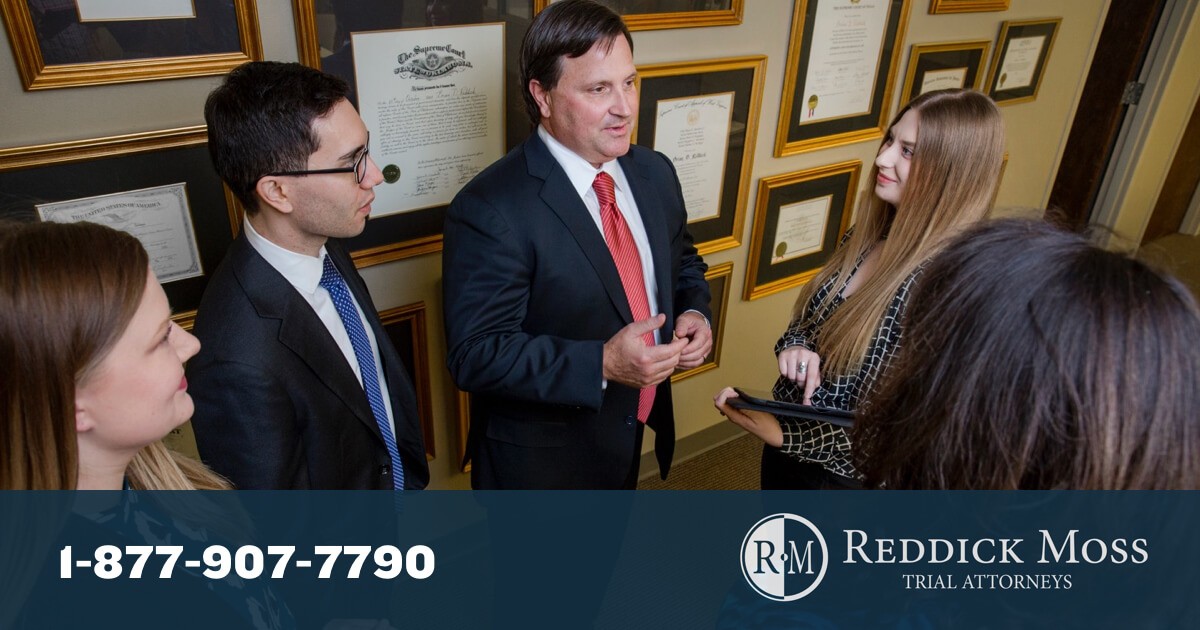